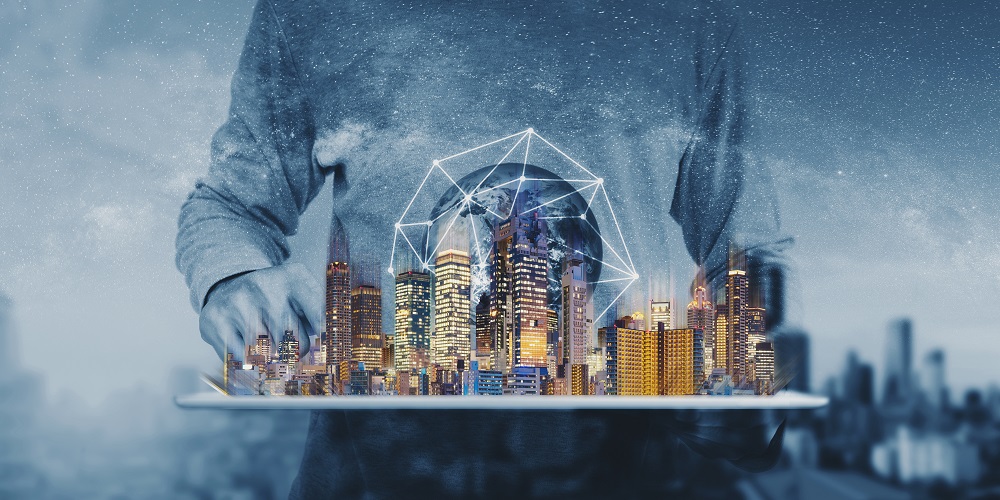 Would you recognize a smart city if you saw one? For all the talk about smart cities over the past decade, there’s actually very little agreement about what they should look like. Candidates that have been touted as smart city examples are remarkably different from one another. There are some who even believe that the core idea of a smart city — where every public function is governed by technology, networked to meet the needs of an urban population — is a daydream.

After all, network architecture is still a work in progress. Standards for cloud and data connectivity architecture — key prerequisites for building a comprehensive system — are still evolving. And no one is sure where it will all end up.

Historically, the conventional and almost universal approach of local governments is to have every element of city infrastructure operate in its own silo: water, education, police, trash, transportation, and so forth.

Although breaking that pattern is a huge challenge, there are plenty of visionaries who want to do just that. And elements of their dreamscapes are starting to emerge, even though the specific elements vary significantly from place to place. That’s partly because the effort to create smarter cities is worldwide, reflecting global diversity.

Several years ago, a study by Juniper Research named five municipalities as top choices for smart cities, some of which were surprising. Barcelona, for example, was crowned number one for its score on environmental stewardship and smart parking. Numbers two and three were even more unexpected: New York City and London.

New York was chosen for smart street lighting and traffic management, while London scored high on technology and open data. In France, Nice scored well on environment and agency cohesion. And in Asia, Singapore was cited for its high score on traffic management and creative use of technology.

A separate, more recent examination by Datalux focused only on America’s smartest cities. Here too, the criteria varied. New York, once again, was lauded for its LED streetlights and sidewalk communication kiosks.

Boston was hailed for creating helpful, resident-friendly apps. San Francisco led the way in transportation. Chicago was cited for deploying sensors to collect an assortment of useful data including overflowing trash cans. Seattle was big on data-based decision-making.

Charlotte did well in energy conservation. Even the District of Columbia was applauded for making innovative use of data in law enforcement.

So, what really constitutes a smart city? You could argue that recently constructed communities, like Celebration, Florida, or Masdar City in the United Arab Emirates — both of which were built from scratch within a framework of advanced technology — were born smart and naturally earned the status of smart cities.

But many of the world’s population centers, built and largely settled centuries ago, don’t have that luxury. They need to be retrofitted.

And that needs to happen quickly because the issues that smart city initiatives are designed to handle have become increasingly urgent. According to the United Nations, 55 percent of the world’s population today live in urban areas, a share that is expected to reach 68 percent by 2050.

The population shift from rural to urban areas, combined with overall growth of the world’s population, could add another 2.5 billion people to urban areas by 2050. Moreover, cities throughout the developing world are already struggling to meet the basic needs of current residents: fresh water, mobility, safety, waste, energy, education, and health, among others.

In every instance of a smart city, Internet of Things (IoT) technology — an ecosystem of connected but largely unmanned sensors, communication devices, analytical processors, gateways, and controls involving massive amounts of data — plays a central role.

At the same time, according to a 2018 research project conducted in Korea, there are currently no detailed technical explanations available of just how IoT contributions are supposed to address the management, development, and improvement needs of smart cities.

What it means is that finding a city’s right mix of devices and process operations doesn’t follow some preset formula. Instead, it’s a challenge that every municipality has to face largely on its own, driven by its greatest needs and available resources.

Even so, there’s an emerging technology that holds the promise of managing the torrent of smart city data — data covering multiple functions which could easily reach into the petabytes and include both structured and unstructured data. 5G, the next generation of mobile networking, offers prodigious speed and capacity, capable of handling the flood of data associated with many emerging urban-centric applications.

However, its signal range is limited, requiring a dense array of small cell towers to provide seamless coverage within its defined service area.

Leading the way in 5G deployment, China has announced plans to spend more than $77 billion over the next 10 years on building a smart power grid that uses technologies, including 5G and artificial intelligence, to facilitate the spread of smart cities nationwide. China is already home to roughly half of the world’s 1,000 pilot smart cities — cities that use 5G and artificial intelligence technology to improve urban management.

Yet, to succeed on sustained basis and keep its functions running smoothly, every element of a smart city’s IoT system requires constant maintenance, including the thousands of pole-mounted units needed to provide coverage in major cities. Technologies to achieve that have emerged as well.

Gautam Goswami is the CMO of TeamViewer.

Remote control and maintenance solutions outfitted with smart alarms that enable most repairs, upgrades, and operations to be handled from a centralized location are also now available, providing cities with an essential IoT companion technology.

As a result, the opportunity for companies offering smart city solutions is huge, projected to be $400 billion by 2020 alone, involving 600 cities worldwide.

As with most visionary projects, building the smart city is something that will never be completely finished. Priorities change. Politics change. Technology advances will continue.

And each of the system’s components will need to be interoperable, performing to expectations, regardless of who made it, when it was made, or what platforms were used.

Data will need to move quickly between systems, with concerns about intellectual property, security, and privacy being appropriately addressed.

Inevitably, more elements and subsystems of smart cities will continue to emerge. But only a few will be publicly owned and municipally managed. Private owners of assets such as homes, institutions, and commercial buildings will play an essential part as well.

However, the current technical standards that allow different owners’ systems to interface effectively are still evolving. And until such standards become broadly accepted, just about any city with its own distinctive mix of IoT technologies and remote management systems can claim the smart city title, no matter what it might look like to visitors.