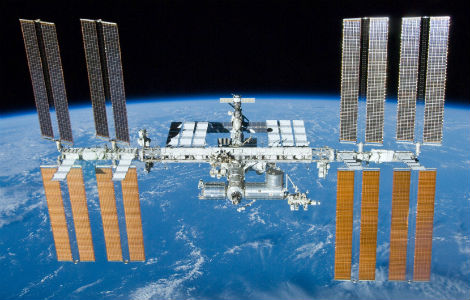 SpaceX feels it will be able to start offering broadband service in the United States mid-2020, Space News reports. The broadband service will be made possible through SpaceX’s Starlink network constellation, which has been in the works since 2017.

In order to offer broadband, SpaceX needs to launch six to eight “batches of satellites” (which includes the launch that took place this past May), and a total of 24 launches to achieve global coverage. SpaceX also needs to complete the design and engineering of its user terminals.

Many of the features that will be offered through the Starlink constellation are still being tested by the U.S. Air Force Research Laboratory. So far, those tests have proven data throughput of 610 megabits per second in flight to the cockpit of a C-12 twin-engine turboprop aircraft, Space News says.

While SpaceX does want to offer services to the U.S. government, it’s also honed in on serving the consumer market, which would include people who live in rural areas who don’t currently have connectivity. In order to do so, the company needs to hire people for its sales, tech support, and product engineering.

The company is also working on a price point for these services, as well as gaining authorization from countries around the world to use these services.

Other details for the consumer market need to be ironed out, too; however, SpaceX’s chief operating officer, Gwynne Shotwell, told Space News that consumers who opt for Starlink connectivity will receive a box from SpaceX, along with a user terminal and a cord.

The company also knows that the product will be good, Shotwell says. “Knowing Elon, he wants everything to be beautiful,” she told Space News. “So the user terminal will be beautiful.”

The next Starlink mission is scheduled for mid-November, Space News says.