Gartner predicts that by 2017, “75 percent of enterprises will have more than four diverse automation technologies within their IT management portfolios, up from less than 20 percent in 2014.”

For many companies, however, it is likely closer to eight technologies, according to Gartner VP and Distinguished Analyst Ronni Colville. This number is growing in part due to the increasing complexity of IT environments, as well as the fact that organizations commonly take an elemental, or piecemeal, approach to IT automation. In this approach, each problem is solved at its own merit, without thinking of the organization as a whole.

All too often automation solutions are tailored specifically for one process – such as cloud orchestration or job scheduling – and managing these disparate automation tools just adds to the complexity of the current IT environment. Instead of moving forward faster with new and innovative technologies, IT departments are held back by a disjointed automation framework.  In order to achieve greater governance, visibility and control, organizations must take an enterprise-wide look at its automation requirements, and then implement an architectural approach that streamlines the people, processes and technologies. This includes all forms of automation that fall under the IT automation umbrella – whether it be workload automation, IT process automation (ITPA), application release automation (ARA) or automation for big data / the Hadoop ecosystem.

Once that is completed, automation decisions can be made in the design and conception part of the project, and are no longer are left as an afterthought.

Before further exploring the best approach to IT automation, let’s take a step back and look at why automation in the IT environment is important in the first place. IT without automation is like a game of whack-a-mole: when a help desk request comes in or more computing power is needed to complete a job, IT quickly jumps into action. When another request comes in (inevitably right after the last), IT would need to stop what it is doing to address the issue or perform the task at hand.

While it may not matter in the long run if one task is done manually, when you look at the wasted resources collectively, that is a different story. Wasted resources, delays and greater chance for error are especially detrimental in an industry where budgets are stagnant, qualified employees are hard to come by, and the complexity and volume of work continues to grow.

Creating a more holistic approach to IT automation

In order to fully reap the benefits of IT automation, it is critical that organizations take a step back and lay the foundation for the architectural approach discussed above. This approach takes a top-down, policy-driven strategy that drives better governance with more visibility, provides greater control across the entire organization and allows for more strategic resource utilization. However, in order to make this a reality, it must be easy to connect disparate systems and processes, and be possible to gain a centralized view of operations at the project, organizational and enterprise level. 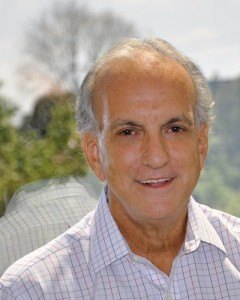 Jim Manias is vice president at Advanced Systems Concepts, Inc. and is responsible for the overall market strategy and planning for a range of products including ActiveBatch Workload Automation and Job Scheduling. Jim has been with Advanced Systems Concepts since 1991 and has held multiple senior management positions in the enterprise software and hardware market.

Scripting, a time intensive process that is prone to errors, is traditionally how IT connects heterogeneous applications, databases and platforms that were not designed to work together. With a modern IT automation solution, however, it is possible to bring together businesses processes in a central location, with or without custom scripts. While custom scripts are often not needed, there are many reasons why companies want (and should) keep old scripts and write new ones, including already having a large collection of scripts, encountering a specific use case that requires scripting or simply having a preference for it. While scripting still plays a key role in many companies, and will continue to do so, there are certain features that modern IT automation solutions can offer that improve the usefulness of scripts. They can make it possible to manage scripts in a centralized location, access revision history, implement version control and provide access to granular scheduling capabilities. As an example, companies that use various business intelligence solutions (BI), such as IBM Cognos BI and SAP BusinessObjects, should be able to move data between disparate systems quicker and with greater reliability than what custom scripting traditionally provides. The result is improved data quality and faster time to insights, helping businesses make smarter decisions.

Whether it’s through scripting or assembling pre-built job steps, bringing together disparate systems makes it possible to break down the silos that live within an organization and helps decision makers quickly adapt to an industry that is in constant motion.

IT automation in the wild

Let’s take a look at a real-life example of automation in action. In less than three decades, specialized recruiting giant SThree has gone from a single office with just four employees to a global operation with over 2,300 employees in 18 countries across the world. In this time, technological advances have dramatically changed the recruitment industry and SThree’s Director of IT Services, Garry Lengthorn, has seen these changes taking place firsthand within and outside the organization over the last 17 years he has been with the company.

When SThree first implemented an automation solution, Lengthorn explained that automation was always secondary as the strategy revolved around getting the technology out first. The organization would often create processes manually at first, produce the output that was needed, and then think about automation after the fact. The problem, however, was that they never got around to automating these processes because they were too busy running the processes to produce the output. “We’ve completely turned that on its head now. Whenever a process is introduced that we need to run through our Operations team, the first thought is to make it automated. Our scheduling tool gives us the ability to do that. Automation now comes first for us in delivering a new product or service to the organization,” says Lengthorn. “It’s time for companies to have shift in mindset when it comes to automation.”

While implementing change across an organization can be a challenging undertaking, significant business improvements, such as increased agility, improved service levels and reduced IT operational costs, makes the transition an easy decision. Taking an architectural approach to IT automation enhances IT-business alignment, directly impacting organizations’ ability to expand and adapt to the changing pace of business.