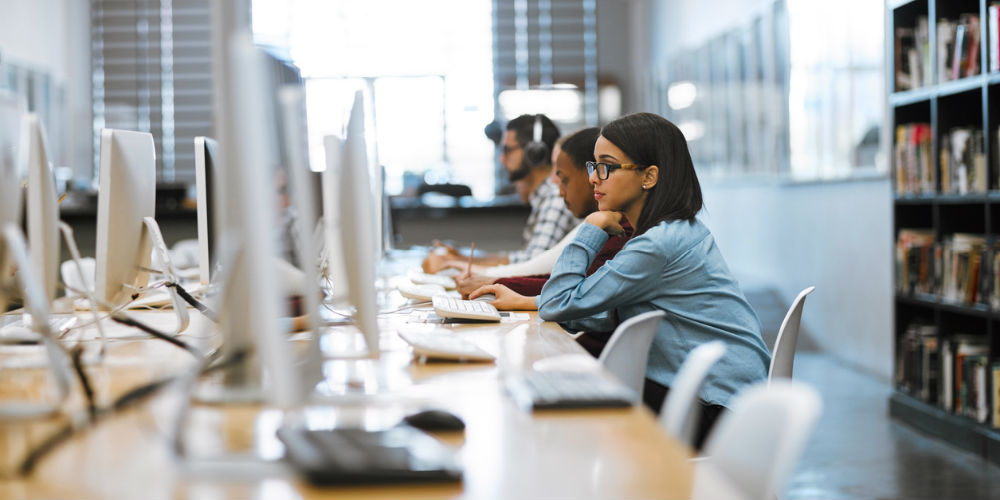 Think about a traditional lecture hall: dozens, maybe hundreds, of students are listening to a professor at the front of the room, trying to keep up with their notes. They’re sure to miss something important in the copious note-taking process, and they’re getting little interaction with their professor or peers.

Don’t get me wrong, this model isn’t a bad one. There’s a time and a place for it, and it still works very well in some classes. But the future of learning is student-centered and technology-rich. Schools can actually learn a lot from Netflix. That might seem like a silly statement but here’s why.

Think about what happens when you watch your Netflix. I like to watch documentaries, Netflix original series and comedies. I recently finished watching the documentaries SOMM as well as the follow-up documentary SOMM: Into the Bottle. You might have guessed, lately I’ve started to see other wine related movies & documentaries popping up in my searches. Because they’re suggested based on what Netflix thinks I like – which I guess is not far off given most look interesting!

All that to say that the more I use Netflix, the smarter it gets about my preferences. It makes informed suggestions about what I should watch next. Now, think about that in terms of higher education – the future of learning will consider student preferences like how they want to learn, when they want to learn and on what device.

Today’s digital native students still crave a traditional developmental college experience, but institutions must figure out what that looks like in a fast-paced world. Technologies like streaming video have an unparalleled ability to deliver information where and when students want it.

A recent survey from Mediasite and University of Business revealed a massive potential in higher education for artificial intelligence to offer Generation Z the Netflix model for learning, à la using AI to suggest relevant videos and build personalized playlists. Higher education leaders indicated that when it comes to using AI in video to improve student outcomes:

According to a Forbes article, Generation Z has an attention span of eight seconds and can juggle more screens than any other generation prior. Only eight seconds – that’s just long enough to tie your shoelace, put an umbrella up and down, insert your debit card and enter your pin and, if you live in Wisconsin like me, eat one cheese curd (and who could eat just one?). 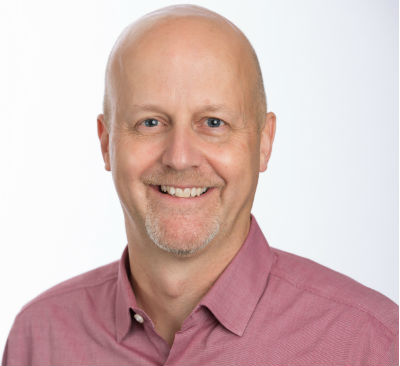 Rob Lipps, EVP of Sonic Foundry, the maker of Mediasite, leads the company’s global sales organization including oversight of domestic, international and channel sales. He holds more than 25 years of sales leadership, business development and emerging market entry expertise in the technology and manufacturing sectors, including sales and channel management at Adaytum (now Cognos, an IBM company), Esker Software and Best Power (now Eaton Corporation). Mr. Lipps has a B.S. degree in Marketing from the University of Wisconsin-La Crosse.

So, given the fact that students are quickly jumping from one thing (and device) to the next, it’s important to keep them actively engaged in class. Using AI and the Netflix model, students can watch more lectures in a shorter amount of time, reducing search time and growing the opportunity for them to learn more, faster.

You’ve got a lot of academic videos … now, are they accessible?

We are seeing faculty and students watch Mediasite videos more than 50 million times per year. That means the need to index and search all that content has never been greater.

It’s imperative that all of the videos being created in classrooms are intelligent, dynamic and secure in video portals based on viewer preferences. Paired with AI applications like IBM Watson speech-to-text, institutions have more accessible videos and deeper insights than ever before about student data.

What’s the bottom line for students and universities?

In general, everyone – not just students – habitually gravitates to video to learn. That’s widely apparent in YouTube, for example, which gets more than 30 million visitors per day. There’s a ton of instructional content on everything like ‘how to make a giant candy cane’ (a video that got 1.3 million views in a few days) to ‘how to fix a flat tire’ to ‘string theory in less than 2 minutes.’

This indicates we’re all learning from videos even when we don’t think of it as “education,” and further, video needs to play an even greater role in the classroom experience. Video in the classroom is proven to increase student grades and retention. For example, University of the Free State in South Africa saw pass rates jump from 26 percent to 100 percent in some rural high schools after incorporating video lectures. A student survey at University of Maryland Baltimore Dental School showed that 92 percent of students felt video made it easier to learn – 96 percent said they watch more or all of their lectures online. A medical school in Japan saw exam results improve to nearly 100% after deploying video capture in their classrooms.

We know video in learning works, and the Netflix model is the next step. Video, when paired with AI to index, search and generate valuable student viewing data, has the massive potential to help students learn more effectively and help instructors personalize learning more than ever before. As we enter into 2019, let’s make sure we’re setting up students for the most success and giving students the educational content they need when and where they want it.