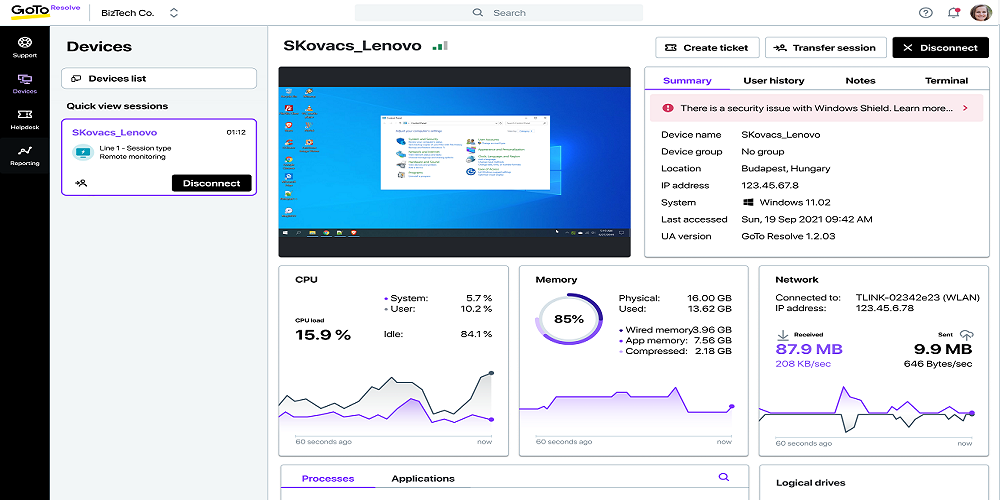 Collaboration and IT support software provider GoTo has announced a new integration between its remote support tool GoTo Resolve and collaboration app Slack to bring its conversational ticketing experience to one of the most widely used communication tools.

According to GoTo, formerly LogMeIn before rebranding and launching GoTo Resolve earlier this year, the new integration between the two platforms is designed to solve gaps in accessing support, including employees bypassing the traditional IT ticketing process and reaching out to agents directly.

In addition, the integration can help streamline the support process by allowing IT and users to communicate via tools they’re already using every day.

According to the company, the integration allows agents and admins to configure multiple Helpdesk services, view and manage tickets, comment on tickets and start a remote support session from the ticket in Slack.

GoTo, formerly known as LogMeIn, announced a rebrand in February that included launching GoTo Resolve, its new flagship IT management and support solution designed to help simplify IT support for small- and mid-sized businesses. The company says the tool brings together functionality from the company’s remote access, management and support capabilities with a new conversational ticketing and support toolset.

In a blog, Chris Savio, GoTo’s director of product marketing, bills this integration a solution to the friction that IT teams face in hybrid work environments.

“GoTo Resolve brings our decades of remote support experience to a completely modern IT support experience by unifying all the tools small and midsize businesses (SMBs) need to manage and support employees in a flexible, secure, and conversational way,” Savio writes. “But we didn’t want to stop at just a great support tool. We want to make sure that our tools work with your tools.