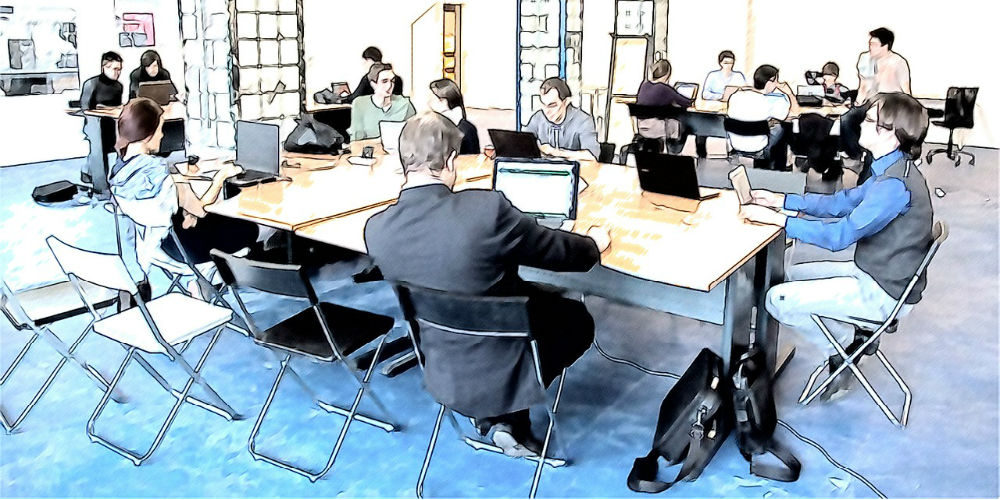 Employee-owned cooperatives are an often overlooked alternative in the small-business community. As banks consolidate and a capitalist economy becomes more globalized and centralized, it’s tough for a small business to get the necessary capital to start up operations, hire quality employees, and turn a profit.  Fast Company reports that the co-op business model is turning out to be the best route for a lot of small business owners as well has hopeful entrepreneurs, and that the United States is going through an economical transitional period that is ideal for the rise of co-op businesses.

A co-op is, put simply, a business that is owned by its employees. For a lot of small businesses, selling to your employees can be a great alternative to retiring or selling to a large developer. 40% of co-ops were developed out of more traditional business models, so you don’t have to be founded on the principles of co-opping to be successful in the transition. As baby boomers, who own over 12 million businesses in the US, begin to retire, it’s a good idea for them to understand the more non-traditional options they have when putting their business into a new pair of hands.

Co-ops are excellent options for employees, entrepreneurs, and communities. “Rural areas, communities of color, rapidly gentrifying urban area, and small cities rely on small business as their economic base,” says Melissa Hoover, founding executive director of Melissa Hoover, founding executive director of DAWI. These business often function more efficiently, because when employees have a stake in the success of the company, their work reflects it, with employee-owned small businesses seeing an average of 4% to 5% higher productivity levels and more stability and potential for growth, much lower rates of employee turnover and business closure compared to traditional businesses, and a boost to both profits and worker wages.

The conditions have to be right in order to successfully transition your store from small business to employee-owned co-op. They tend to form from businesses with a minimum of 20 employees, and no more than a few hundred to ensure that employees can afford a stake in the company, but that the stake they buy is worth something. Longevity is also a helpful characteristic to have, as your employees are more likely to want to jump in if you’ve demonstrated some sort of success in the past. Filling some sort of  economic or social need is important too, because even though charitable companies often have trouble turning a profit, if you’re doing something that your community needs, community members will be more inclined to help you transition into a co-op.

Co-ops have still not made it into the mainstream, but policymakers are beginning to notice the benefits of the non-traditional business setting and are developing legislation to support it. Small businesses are often forced to sell to corporations or to private equity firms for a less than fair price, and new owners often end up liquidating the assets while keeping the original customer base. “This meets the needs of capitalism,” says Hoover, “but not the needs of people in the community.” Employee-owned cooperatives provide a stronger, more committed base to small businesses that are important to the character and history of communities, and if they do decided to sell to a large conglomerate, the deal is often more fair because sales are done in a way that’s transparent and mutually beneficial.