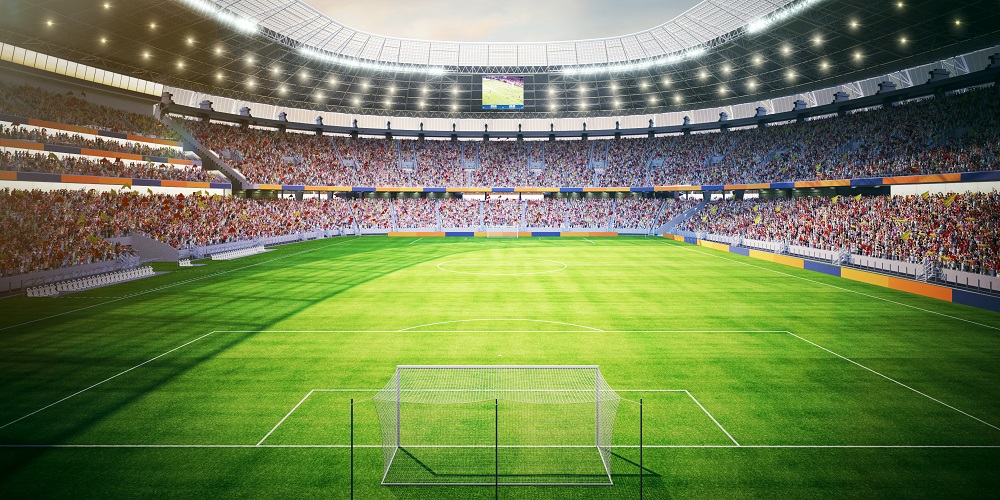 Now more than ever before, fine margins are what separates victory and defeat in professional sports… And sports technology advancements play a huge role in that margin.

Take England’s 2019 Cricket World Cup final triumph over New Zealand. That match was decided on a superior boundary count after the match itself and the Super Over finished level.

With so much at stake, many sports are implementing technology to minimize officiating errors and it is no surprise that clubs, both domestic and international, are also turning to sports technology products as a method of building on marginal gains in training.

This article looks at some of the most high-profile sports technology examples today and questions if it is possible for it to filter down to lower level competitions.

Unlike VAR, goal-line technology has become a hugely popular example of how technology can eliminate controversy. A number of innovations were trialed, but as of 2019, FIFA lists 102 stadiums using Hawk-Eye, and just one using GoalControl.

The Hawk-Eye system uses a series of cameras to track the ball, alerting the referee via a signal to their watch if the ball has crossed the line. No signal means no goal, and the game can continue with minimal delay.

While the results are impressive, it is an expensive system to implement, meaning that it is only at the higher levels of the game that stadiums have the technology installed, leaving many smaller clubs to manage without.

Before its adoption by soccer, HawkEye was synonymous with tennis and has been used in professional events since 2002. A series of 10 cameras around the court track the movement of the ball and gives players the opportunity to challenge an official’s call on if a shot landed in or out.

The system is accurate to within 5mm, but is widely accepted as a definitive.

A less complicated, but equally useful piece of tennis tech is the net cord sensor, which detects vibrations in the net, alerting umpires to any lets during service. Unlike HawkEye, this is a very affordable innovation that can be used by schools and clubs around the world without great expense.

T20 cricket has long been the place for innovations to be tested and has helped to make the game more colorful, from uniforms to flashing stumps and bails. While it is clear the batsman is out if the bails fall, they should also be ruled out if the bail completely detaches – even if they settle back into place.

Judging this in real time can be incredibly difficult for umpires and so using a simple LED system not only makes it clearer to players and officials, but also spectators.

However, the bails were a cause of controversy in the 2019 Cricket World Cup where there were multiple instances of the stumps being clearly hit, but the bails remaining unmoved.

Critics have suggested the Zing bails used in the competition were too heavy, but the ICC have said that the lights are simply making incidents like these more noticeable.

While rugby has long been a leader in video reviews with the introduction of the Television Match Official (TMO) in 2001, there has been little in the way of on-field technological innovation.

Terry Hearn is a researcher and copywriter, working for a number of international cyber security brands. His professional work covers topics from consumer tech to business data protection, and outside of the office he sidelines in covering the latest sporting news across soccer, rugby and the NFL.

A trial in April 2019 saw Goal-lighting technology used for the first time in the UK.

Taking the principle of lights in the bails and wickets of T20 cricket, this plan saw LED sleeves added to the posts so officials could illuminate them to indicate a successful kick.

Mark Smith, Design Manager at Harrod Sport, goalpost supplier for Twickenham and the 2019 Rugby World Cup in Japan, is in favour of the change, saying “I can see this becoming adopted very soon and then taken a step further by being automatically triggered by ball tracking technology.”

Time will tell if this test was an early step towards improving the matchday experience for fans in the stadium, or is simply using tech for the sake of it rather than using it to resolve issues.

Of course, many on-field innovations are not in the public eye. Many sports are starting to utilize player monitoring devices like the vests and supports made by STATSports.

This type of wearable tech includes all kinds of sensors to track speed, movement and heart rate among numerous other details. This data can be used by staff to assess performances, monitor injuries and help to raise red flags early, minimizing the chances of injuries or burnout.

Read Next: Live Sports Broadcasting VR is an Example of How Virtual Reality Can Dramatically Alter an Industry

There are certainly many benefits to the use of technology in top-level sport, but there is still the challenge of enabling technology to trickle down. For personal fitness this is happening with smartphones and Fitbit-style monitoring devices, but this is yet to translate into on-field tech for semi-pro and grassroots sports.

Now that tools like goal-line sports technology advancements have become established, the next big challenge is to refine and adjust in order to make these innovations affordable and to ensure that technology in sport becomes available to competition at all levels, rather than just the top-tier.