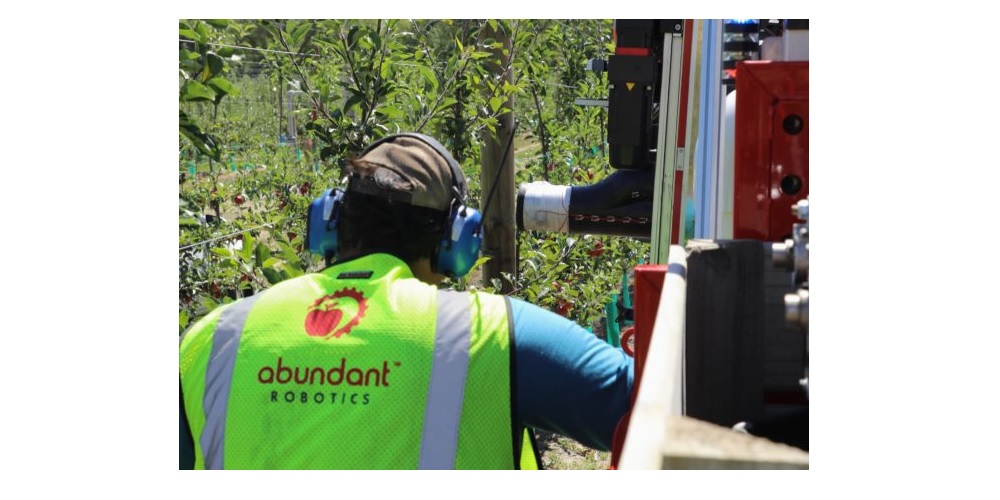 For the first time this fall, a portion of the apples on sale in grocery stores around the U.S. will have been picked by robots, not people. The apple-buying public has agricultural automation startup Abundant Robotics to thank for it.

They’re the maker of apple harvesting machines that will assist in Washington state’s next harvest, according to this GeekWire story.

But the Abundant Robotics’ Johnny-Appleseeds-in-training are not what you think they are.

The robotic apple pickers are more like a “really smart Hoover vacuum than a human hand,” says the GeekWire article.

Read Next: The Robot Takeover is In 10 Years – Here’s Why

“The robot moves down rows of orchards and uses artificial intelligence with a dash of LIDAR to search for ripe apples. Once spotted, a robotic arm with a vacuum gently sucks the apples from the tree into a bin.

It’s Just As Much a Feat of Agriculture

Machine learning and robotics are obviously the focal point of this story, but this achievement is in no small part also a matter of agriculture.

It is now common to grow apples on trellises, similarly to growing cucumbers or tomatoes. The larger farms which still grow proper trees have developed dwarf varietals that produce more fruit per yield, minimizing overall space needed for growth.

Until now, these changes made the job of picking apples easier for humans. But it’s also easier for robots.

The original article cites tree fruit specialist at Washington State University Karen Lewis, who has worked with Abundant Robotics and other startups:

“…[Lewis] said that apple trees have reached a “sweet spot” for robotic harvesting. Orchards are now sufficiently uniform and predictable for machines to reliably pick fruit, and canopies are narrow enough for sunlight, the human eye and vision systems to penetrate. Tech companies that are successful in agriculture, she said, are the ones that listen to what farmers need. “We’re not going to let technology be the driver here. Horticulture needs to be the driver.””

GeekWire cites market research firm Tractica that agricultural robot shipments are expected to grow from 60,000 units this year to over 700,000 by 2025.