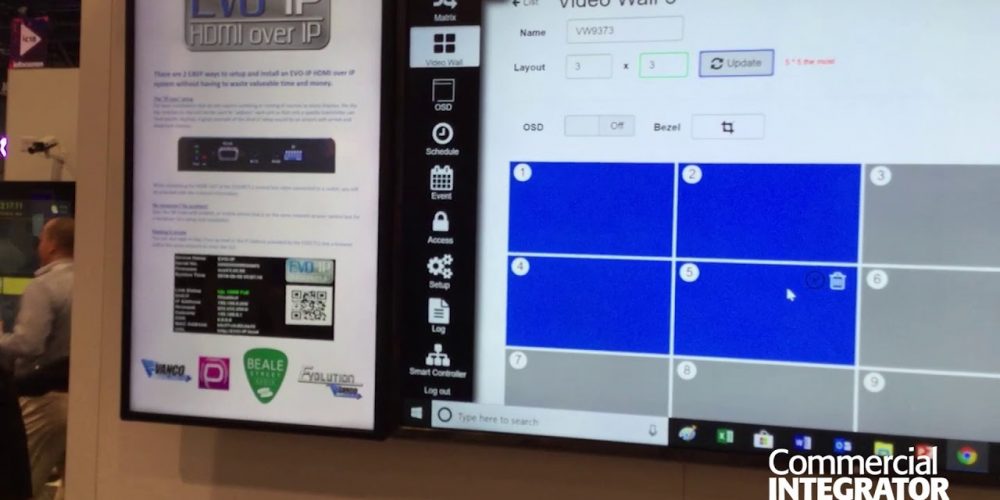 The Vanco InfoComm 2018 booth displayed the latest updates to the Vanco Evolution EVO-IP HDMI over IP system that manages, transmits, and receives AV and control for hundreds of devices over a local network.

According to the explanation from director of new product development Brandon White in the video above, the EVO-IP HDMI over IP system can be set up in three different ways:

“We have an easy-to-use interface to allow anyone to set up a system. Ultimately, time is money, so we’re trying to reduce the time to set up an IP-based system – any new transmitter or receiver is automatically found in the system,” says White at the Vanco InfoComm 2018 booth.

Recurring Revenue Opportunities in the Cloud

Once connected to the cloud, the Vanco Evolution EVO-IP can schedule mappings and monitor how transmitters interact with receivers. If a video drops out, the system will automatically address initial concerns and email a self-analysis report to the installer.