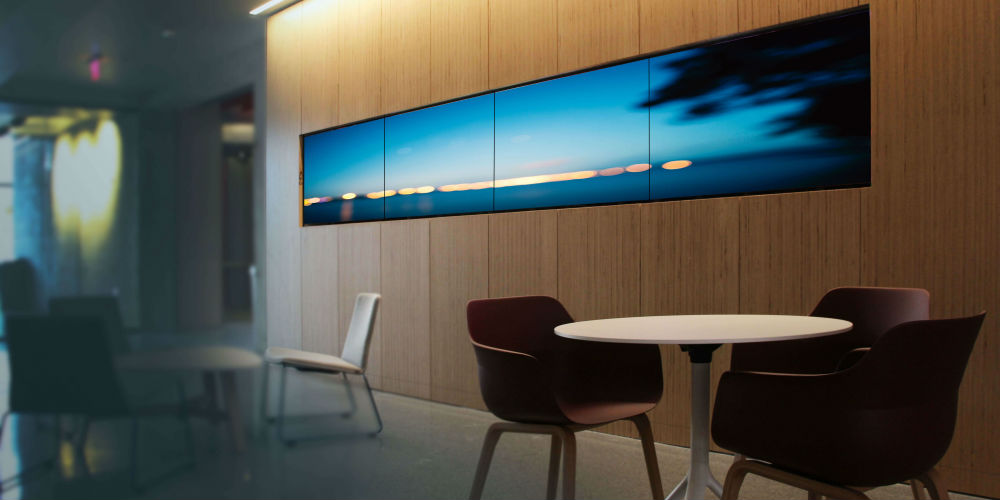 Video walls are sure to grab someone’s attention, usually becoming the focal point of the room, courtyard, auditorium or lobby where they’re installed.

If you’re looking for some kind of visual aid to sell a product or provide information, video walls are the way to go, said Brandy Alvarado, business development manager with Mad Systems.

The California-based AV integrator counts museums and entertainment venues as its largest verticals, and that’s where the company’s video wall solutions typically find a home.

According to Alvarado, integrators working with a client should first ask a series of questions before moving ahead on a design plan: the use case, the area and the customers’ budget.

Companies shouldn’t just slap up a video wall for any reason, Alvarado said —there should be a purpose behind the decision.

“I think you have to drill that down first and foremost,” she said.

Those purposes could include:

Tech firms —or any company, for that matter – can impress an important client with a visually stunning display in their lobby or conference room.

“It’s to show class and technology,” he said. “It’s a marketing expense.”

According to Alvarado, Schilling and other AV experts, video walls can bring value in a variety of use cases and applications:

The space and equipment

The next thing to consider is the area where the display is being installed, Alvarado said, which brings several questions:

Schilling, who counts many corporate technology companies as his customers, said the systems can usually be integrated with the building’s software and controlled via touch screen or mobile devices, if the customer so desires.

Schilling said he will sell more high-quality hardware based on his customers’ affordability and geography.

In his company’s home country of Argentina, Palermitano Solutions will typically sell LG or Samsung screens in Latin America, while NEC products are the norm for projects in the U.S.

According to both AV installers, the design and complexity of the installation ultimately comes down to one thing: the amount of cash customers are willing to throw down for the display.

“There are many different levels of video walls,” Schilling said.

Read Next: 4 Ways Video Walls Will Improve Your Collaboration Sessions

The bigger the video wall, the more equipment needed, like more matrix switchers and processors. Video wall systems can also be integrated into the building’s other digital systems and controlled with digital software, which adds an additional expense.