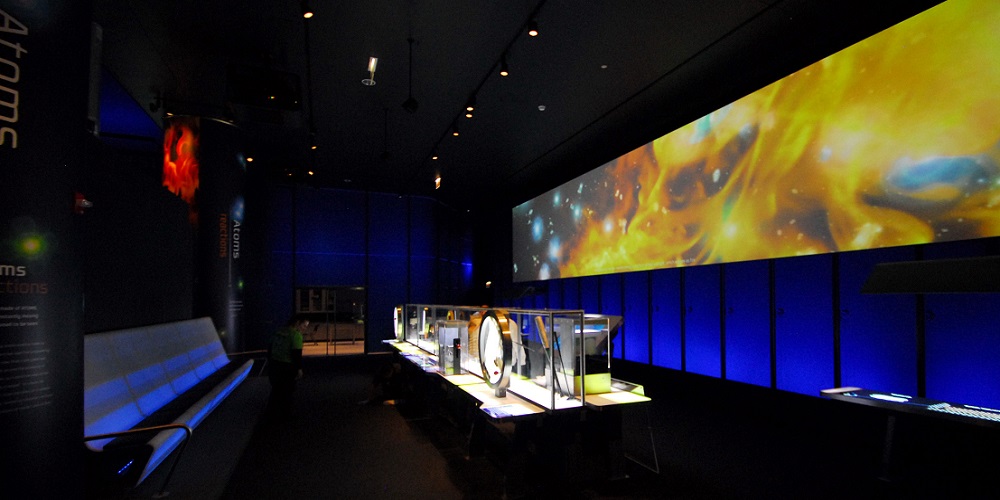 If you blinked, you may have missed it. Projection technology is now so advanced that many end users prefer the simple method of providing media over flat panel displays.

Not to mention it comes at a cost that’s much more agreeable than more traditional digital mediums like LED or LCD panels. With projectors now offering extremely bright and high-resolution capabilities, that projector ROI is rivaling that of digital panels and older lamb-based projection technology.

According to AV experts, office projectors can carry out virtually all the functions of digital screens but do it more efficiently and sometimes more effectively.

A larger screen at a lower cost

According to Mark Coxon, sales director of Tangram Interiors, the ROI of projectors really comes into view when they’re compared to flat panels when the customer needs a very large screen around 100 inches or bigger.

Projectors capable of projecting 100-inch screens are generally under $3,000, but digital displays of similar size can cost

Many other large media displays don’t have high enough resolutions, so end users have to sit further away for a clearer picture. Projectors can bring a very high pixel density compared to those other options, Coxon said.

With ambient light projection screens, modern projectors don’t even require lights to be turned off.

For businesses pressed for office space, office projectors can help preserve a wall, which could also double as a whiteboard. Projectors can also save the area from the costly and space-consuming infrastructure needed for a large screen.

“Drop-down screens give you the ability to preserve that wall,” Coxon said.

According to Mad Systems founder Maris Ensing, the company relies heavily on projectors to not complete its immersive and entertainment projects, but also for its own conferencing functions.

The company has both a projector and TV screen in its conference room, but the projector is used far more often.

“Short throw projectors don’t need to be put in the middle of the room,” he said. “They can be put out of the way.”

Like flat panel displays, office projectors can be used as an effective corporate branding tool, but at a cheaper rate.

According to Ensing, the company’s front desk at its Orange, Calif. headquarters is equipped with a projector that displays seasonal messages. Right now, it shows Santa and his reindeer flying by. The display is the first thing guests see and talk about when they visit.

“Think in terms of how memorable an experience you want to create and how to convey that information in such a way that in sticks in people’s minds,” he said.

In the boardroom, projectors can accomplish the same feature, especially with interactive projectors becoming mainstream. They mimic the functionality of an interactive whiteboard, but on any surface where the image is projected, making it more efficient and versatile than a TV screen.

“You’re just going to get a better response from your audience,” he Ensing said.

Office projectors can also bring a valuable return when used for projection mapping to entertain, like in museums or theme parks.

Children today are born into a world where most developed parts of the world are covered in screens and digital systems, not to mention personal devices.

As such, businesses are beginning to find more effective ways to capture our attention. With projectors providing bigger and brighter images, many are turning to that technology to help accomplish their goals of creating lasting impressions.

“Digital signage is not a showstopper anymore,” said Coxon of Ingram Interiors. “Most people aren’t enamored by screens anymore.”

One of the main selling points for projectors is the little maintenance required, especially for newer laser projectors.

According to Coxon, projectors — many of which are already a cheaper up-front cost compared to flat panels — can run for up to 40,000 hours, while digital screens have a typical life of about 50,000 hours.

That’s a big improvement over older lamp-based projectors, which required new bulbs fairly often. Changing a bulb every 2,000 hours or when a bulb went out during a meeting was extremely frustrating for end users.

“Projector ROI is now really the same as what you would get with a flat panel,” Coxon said. “You just have to think of it as a two-piece flat screen.”