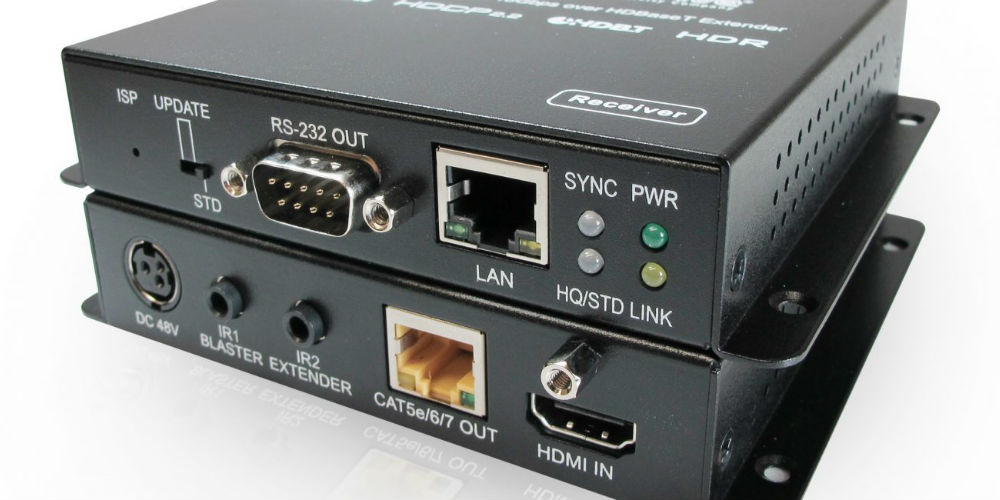 The extender includes one transmitter and one receiver and “is designed to convert a full HDMI signal to a standard HDBaseT signal,” according to the Comprehensive announcement. That signal can then be transmitted over a single ethernet cable.

It also “supports bi-directional POH, so there is no need to run additional power,” according to the press release. The kit includes two IR receivers and two transmitters, allowing for bidirectional infrared control of a connected HDMI source and display.

The CHE-HDBT2020 is built for a variety of applications, including showroom displays, lecture halls and retail sales displays. All components are RoHS Compliant and come with a three-year warranty.

Features and Benefits of the CHE-HDBT202 HDBaseT extender kit:

This week’s episode of CI’s AV Plus podcast explored the “battle royale” between the HDBaseT Alliance and various forms of AV-over-IP, with alliance director of customer experience Daniel Shwartzberg saying he doesn’t understand all the hubbub.

“HDBaseT is the de facto standard in AV connectivity right now in terms of convergence and distance replacing all of the cables that an installer has in his work, in his installation and replace them with a simple category cable that can go very, very much farther than any of those individual cables actually could,” he says, squashing the notion that HDBaseT Alliance members are looking to wipe out AVoIP and even discussing applications where both can be incorporated.