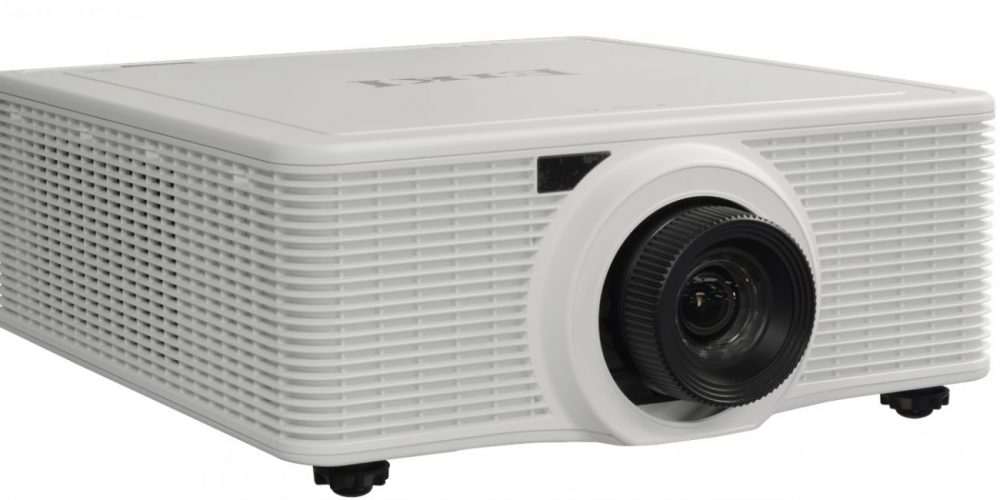 Featuring DLP technology, 6,000 lumen brightness, a 100,000:1 contrast ratio (with extreme black mode) and the use of blue phosphor laser technology with a 20,000-hour light source life, the EK-623UW “offers a wealth of connectivity options, 360-degree free orientation projection capability for installation versatility and is the lightest weight unit of its kind ever in Eiki’s Laser Series products—making this an ideal choice for both meeting rooms and lecture hall environments,” according to the company announcement.

The EK-623UW has fine-tuned white and color coordinates that cover 97 percent of Rec. 709 (HDTV primary color space). The unit’s 6,000 lumen brightness and 100,000:1 contrast ratio (with extreme black mode) make this projector “an ideal choice for the reproduction of both text and images,” according to the Eiki press release.

With its lens shift values of (horizontal) +/- 15 percent, (vertical): +/- 50 percent, keystone correction H: +/- 20 degrees, V: +/- 20 degrees, with four-corner capability and the availability of eight optional lenses, including a .36:1 ultra short throw lens, the new EK-623UW “can easily adapt to most any environment and deliver terrific results,” according to Eiki.

Combine this with its picture-in-picture and picture-by-picture capability and the EK-623UW “provides unparalleled versatility,” according to the company announcement.

Users will find ports for HDBaseT In, two HDMI inputs, DVI-D In, and VGA In, along with connectors for Monitor Out (VGA Out), LAN, RS-232C, Remote Control In, and both 3D-Sync In and 3D-Sync Out. With its lightweight and white chassis, it blends against many walls and ceilings.

“With a change in the laser diode components, we have achieved excellent color reproduction for a single chip blue phosphor laser,” said Eiki general manager Steve Rubery in the announcement.