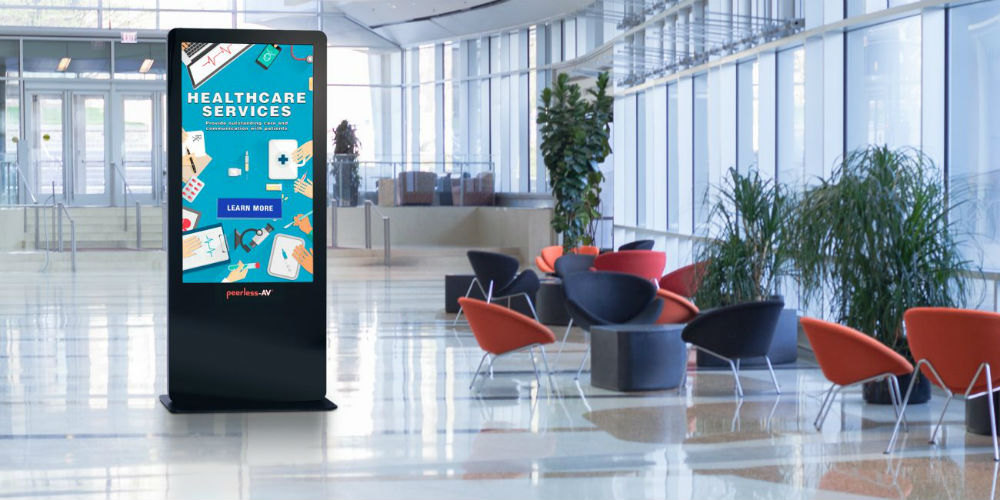 Featuring “a sleek and stylish design with lean frames and a smaller footprint,” the All-in-One Kiosk “seamlessly creates a complete digital signage solution for any indoor application setting,” according to the Peerless-AV press release.

With an integrated 55-inch commercial LCD display offering 10 points of IR touch, the All-in-One Kiosk engages users through a Wi-Fi-enabled device, such as a tablet, computer or phone. 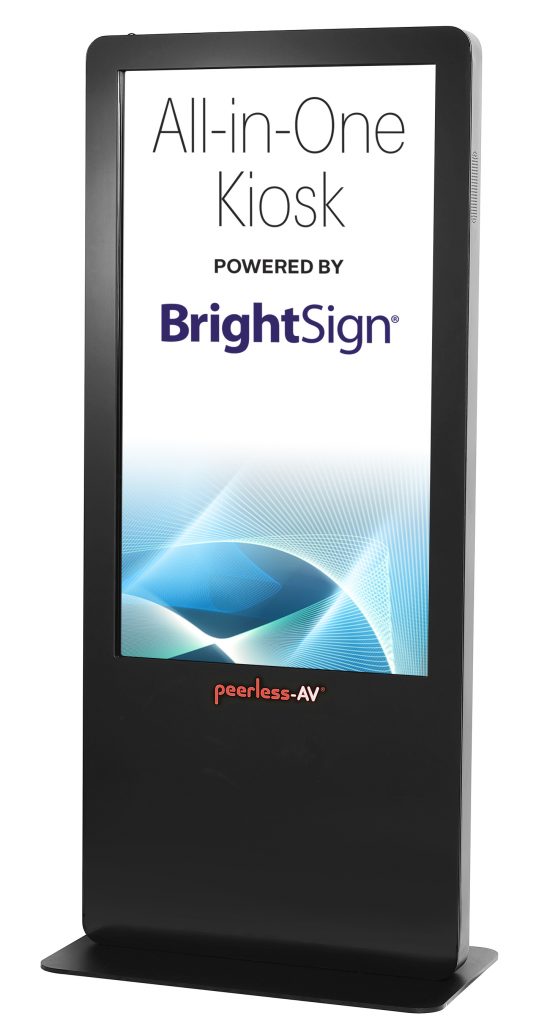 “With a continued focus on providing customers with fully integrated solutions, we are excited to introduce the latest iteration of our popular All-in-One Kiosk powered by BrightSign,” said Brian McClimans, Peerless-AV’s VP of sales for North America and APAC, in the company announcement.
“The new All-in-One Kiosk now includes a slimmer design and a new media player that delivers faster and more powerful HTML and graphics engine as well as an HDMI input to play content from other devices. From wayfinding to entertainment to advertising to digital merchandising, the new All-in-One Kiosk can be easily implemented to create an interactive customer experience,” said McClimans in the Peerless-AV announcement.

Top features of the updated All-in-One Kiosk include: