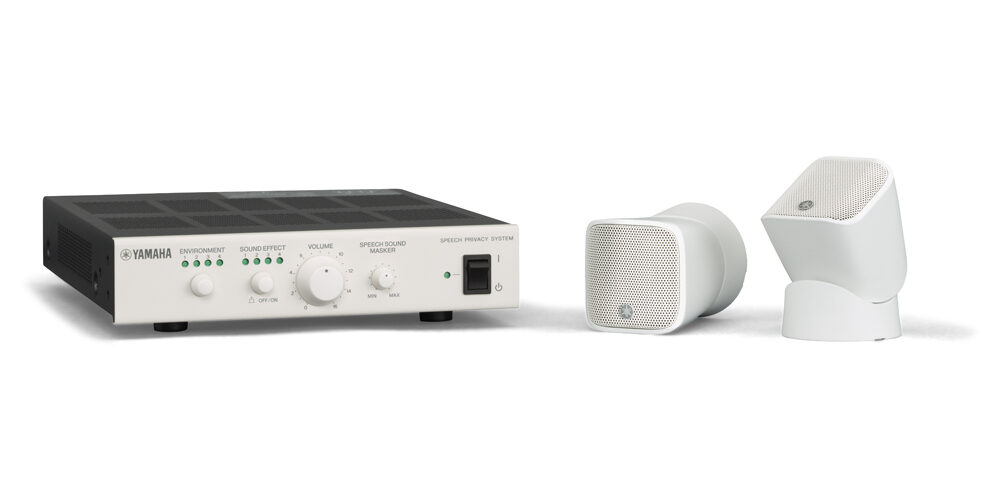 Yamaha Unified Communications is broadening its support for productive and confidential conferences and meetings with the new VSP-2 Speech Privacy System. The new system is designed to be quickly retrofitted in almost any office. It also features Yamaha’s high-performance audio technology that prevents speech privacy problems. This is achieved by effectively reducing human voice intelligibility with customizable sound options.

Holger Stoltze, senior director of technical sales and marketing at Yamaha Unified Communications, expands on the product. He states the need for maintaining confidentiality of the information shared in meetings in open spaces. He adds that sound masking systems can introduce noise that distracts everyone and can contribute to audio fatigue.

However, “The VSP-2 leverages Yamaha’s decades of engineering expertise to produce masking audio with 65% better performance at much lower sound levels for an environment that’s comfortable, private, and can be installed without hours spent working behind walls and in the plenum,” says Stoltze.

Moreover, Yamaha states that the VSP-2 Speech Privacy System prevents information leakage and avoids high concentration of sound masking audio. Thus, it creates an environment that’s easy to converse in almost any office meeting space. The system can be installed around huddle spaces, open conversation areas, and in front of and between small to medium rooms.

Additionally, the system layers in three key features for optimal sound masking. This includes high-performance Info-Masking technology developed to cover the human voice in unwanted areas with a sound level that’s 8 dB less than conventional systems and environmental audio with four types of sound that is mixed to the speech sound masker. It also has four types of sound effect audio that are added to unobtrusively distract others from unwanted conversation.

This article originally appeared on our sister-site Commercial Integrator.