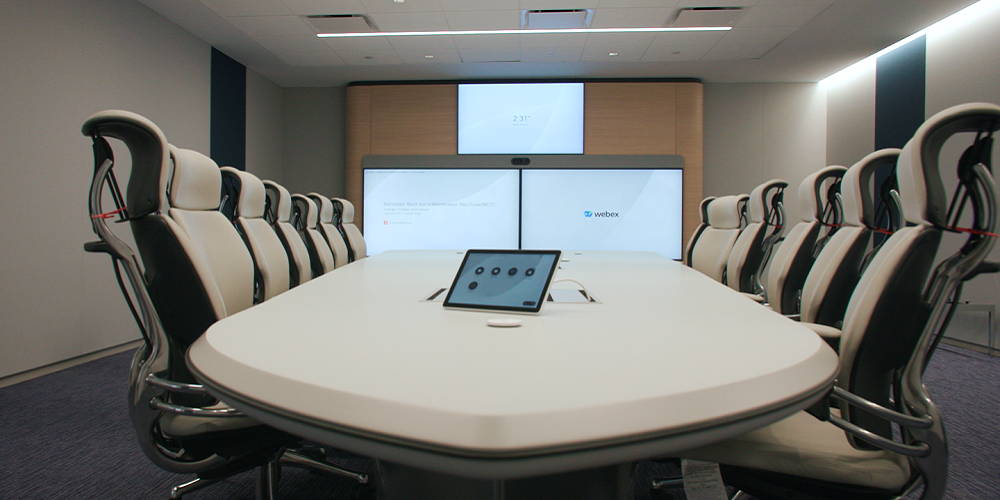 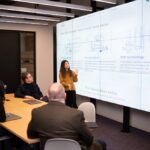 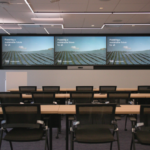 Imagine if every piece of technology in the office was feeding IT and facilities managers data on the use of the office, meeting spaces, desks, energy efficiency and other metrics.

For organizations trying to maximize the use of their office and make it easy for hybrid workers to come into the office and collaborate with their team, it would be a godsend. That data would be invaluable as organizations rethink their physical real estate and prioritize efficiency and productivity over the 9 a.m. to 5 p.m. workday.

That’s what the IT and facilities team at Cisco’s Penn 1 Plaza Office are trying to accomplish with a new flexible hybrid work model that prioritizes the employee experience and measures the use of nearly every inch of the 54,000-square-foot space.

Metrics being measured at the IT giant’s New York City office include occupancy and space utilization, indoor air quality, energy usage and 90-plus video endpoints.

Rather than individual desks and offices, Cisco’s New York space is full of hot desks, meeting rooms, huddle spaces in a model designed for collaboration and teamwork.

Employees can essentially do their work and collaborate with coworkers and meet with customers or partners virtually at several different areas of the office.

According to Cicero, employees now move to about five or six different seat settings a day, including meeting rooms, huddle rooms, desk and even cafeteria areas with a handful of Webex collaboration endpoints scattered about.

In fact, no employee has an assigned desk. They can book a hot desk if they need a quiet place to put their head down and get to work, but even managers and other leaders don’t have assigned seating.

“There are no offices anymore,” Cicero says. “Everything is 100% flex, so we need to drive that from an enablement standpoint.”

Helping to drive this hybrid work strategy is Cisco’s recently released Smart Workspaces, a tool designed to give employees an overview of the office floor plan, ability to see which spaces are occupied or available and book a space for a set amount of time.

Just off  the main cafeteria at the company’s new office in the Big Apple is yet another Webex collaboration display where Cicero demonstrated Smart Workplaces. On the screen was an interactive map that showed each room in the office and its temperature, humidity, air quality and real-time occupancy.

In some collaboration areas, the space becomes green for available again if an employee doesn’t physically enter the room in four minutes for the camera to detect their face and inform the system that the meeting is still happening.

“As employees, this is how we work and how we drive our experience,” Cicero says.

Along with each video endpoint reporting back on occupancy metrics, Cisco’s offices leverages Power-over-Ethernet and sensors in every place imaginable—including lights—to provide actionable insights that help maximize the use of the space and keep tabs on energy usage.

Now, the company has about 5,000 data points from which to pull actionable insights and continue to digitize their office space.

“There’s a lot of data nascent in an environment already so how do we use that data from a different lens?” Cicero says.

What Cisco has learned from all that data

With data pouring in from across the company’s flashy New York City Office—which was in the process of getting more energy efficient windows installed in some areas—Cisco can help inform its IT and facilities personnel about how spaces are being used and how those trends are changing in real time.

For example, the company has learned that one meeting type in particular has become very popular. The room is almost set up like a box in a stadium, with a small row of bar-type seats and a handful of other casual seating arrangements.

There is only one such room in New York, but the company is planning to build several more in its Atlanta office, Cicero says.

The company can control everything inside the space, including lighting and energy profiles with automation and granular controls. This automation was on full display when the shades closed automatically in a meeting room when glare from the sun was causing issues with the video quality.

According to Cicero, the data has shown that the hybrid work model is here to stay.

“You need to design [office space] with flex now in mind in terms of how you think about hybrid, from office, from home, from anywhere,” Cicero says.

On any given day, Cisco expects about 10% of its population in a three-state area to come into the office, and about a third of its employees every quarter.

“That’s what we’re seeing from a data standpoint,” Cicero says.