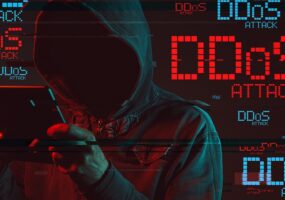 Microsoft says it recently mitigated a 3.47 Tbps DDoS attack with a packet rate of 340 million packets per second, which would make it the largest such attack in history. In an Azure blog, Microsoft says the November 2021 attack targeted an Azure customer in Asia that originated from about 10,000 sources from multiple countries, […]

It’s not just ransomware and supply chain cyberattacks that IT pros have to defend against, according to a new report that indicates DDoS attacks are also increasing in frequency and scope. According to cybersecurity company Netscout, there were 5.4 million distributed-denial-of-service (DDoS) attacks in the first half of 2021, which is an 11% increase from […]

Google says it was the target of a massive 2.5 Tbps DDoS attack in September 2017, the highest bandwidth attack ever reported. In a blog post exploring the growth of distributed denial-of-service (DDoS) attacks, Google revealed that it was the target of a six-month campaign that utilized multiple methods of attack. “Despite simultaneously targeting thousands […]