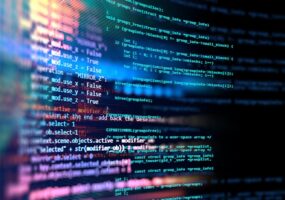 New research suggests that a software bill of materials (SBOM) will become a critical piece of software supply chain security.

Founder of Xen and KVM hypervisors turns his sights to security during year highlighting critical vulnerabilities in software delivery HOUSTON–(BUSINESS WIRE)–#SBOM—Codenotary, the immutability specialist that can instantly identify untrusted components in software, today announced that it has raised $12.5 million in series B funding by new and existing investors Bluwat, Elaia and others. The financing […]

According to new data from Cloudflare, the amount of DDoS attacks being layered with a ransom demand increased by 175% in the fourth quarter.

Advanced search capability provides holistic contextual view of everything within IoT devices COLUMBUS, Ohio–(BUSINESS WIRE)–Finite State, the product security leader for connected devices, has released a search function for its platform that allows users to gain full visibility into their embedded devices and identify whether a known vulnerability is present. Internet of Things (IoT) devices […]