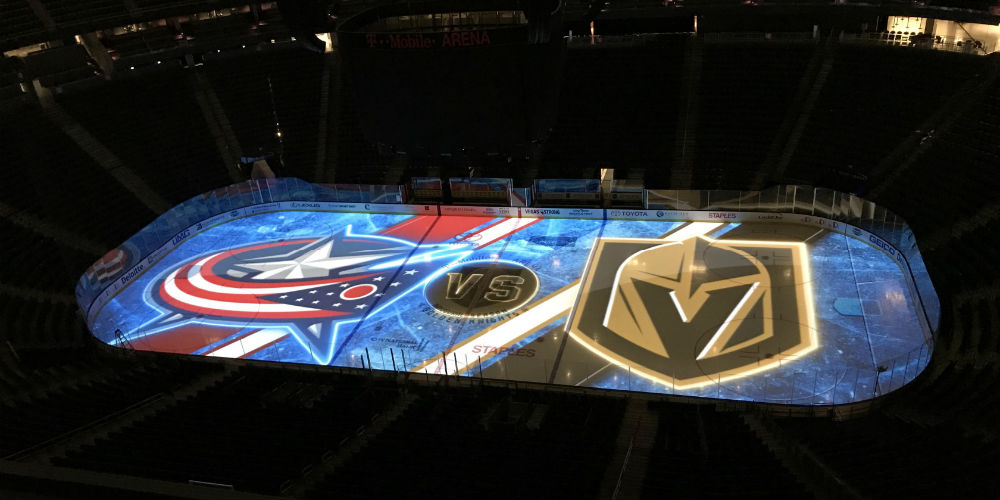 The Vegas Golden Knights hockey team not only continues to impress the sporting world with its outstanding play, they are doing it in typical Las Vegas-style.

The Golden Knights have been committed to winning fans over since the first game.

“Within three hours we have to win them over. It’s quite a concentrated effort,” says Jonny Greco, Vice President Events and Entertainment, Vegas Golden Knights. The new franchise knows that expectations are high for one of the NHL’s top teams, and all the elements must work seamlessly to ensure a great fan experience. So for the Golden Knights and Image Engineering, choosing Christie technology was a perfect fit.

“Christie’s reputation obviously is phenomenal and all over this town,” says Greco. “All over The Strip you see Christie projectors. I didn’t have a lot of experience with that coming in and so that’s where you trust great people to do great things at great times – and Image Engineering was able to do that.” 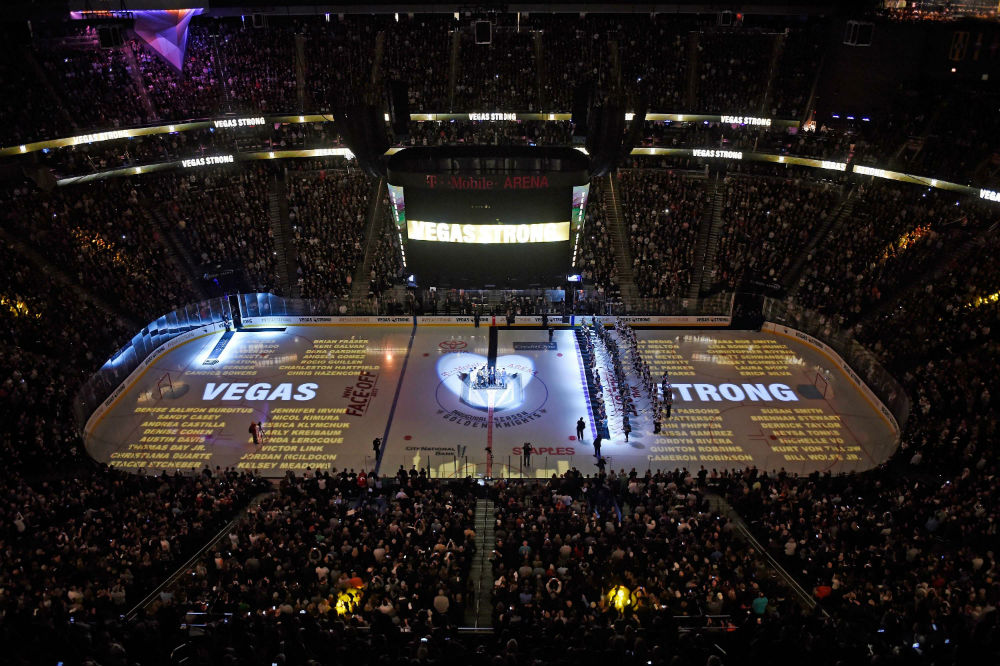 Image Engineering was brought onboard by the Golden Knights to handle the full game presentation, including AV integration.

“We took a lot of care to figure out an installation plan that was going to work for T-Mobile Arena because they do have so many large concerts and one-off shows that come in and out so frequently,” says Ian Bottiglieri, Director of Project Management, Image Engineering.

The twelve projectors are in “pods” of two near each face-off circle, each blue line, and center ice, on each side of the arena. Image Engineering then used Christie Mystique to align the projectors, saving both them and the Golden Knights what would normally be between 8 to 10 hours every time the projectors needed realignment after being repositioned for a concert or other event.

“Mystique was great because it took about four to five hours to get Mystique set up and running for the first time. After that, we didn’t even really need to think about our alignment because we just needed to block out a 15-minute time period to be able to run the Mystique system and everything would be realigned and perfectly warped and blended. That definitely took a lot of angst and anxiousness out of the equation because the alignment wasn’t even a concern because of the Mystique system,” says Bottiglieri. 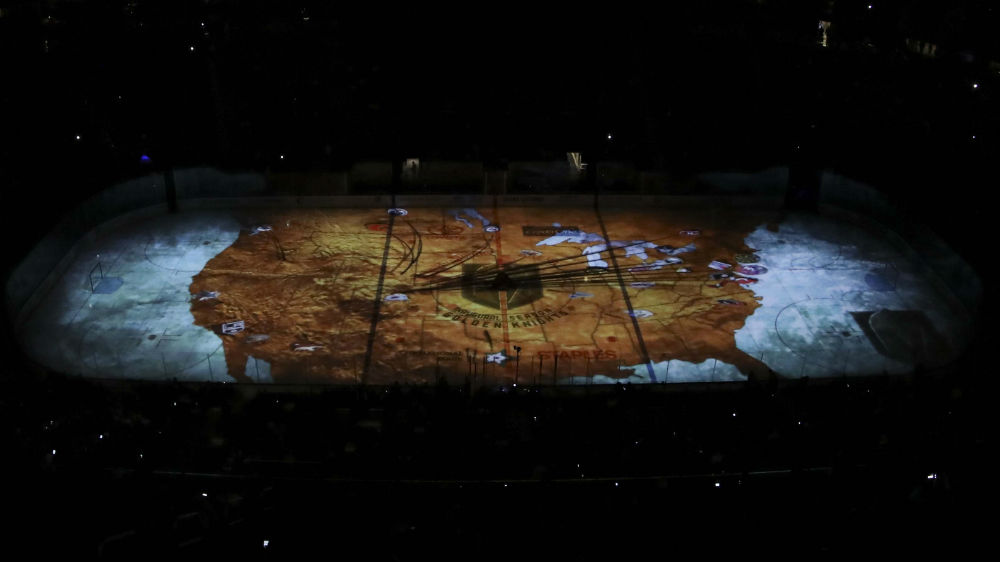 A striking projection mapping show uses Christie projection and processing technology coupled with the expertise of Image Engineering to engage the crowd and bring the story of the Golden Knights to life on the ice at T-Mobile Arena.

The Pandoras Box Quad Player is integrated with the time code triggers from the Daktronics system, triggering the content in a synchronized fashion, and, according to Bottiglieri, the Golden Knights’ technical team are rapidly learning what Pandoras Box is capable of and continue to push the envelope with some “cool, creative stuff.”

With extensive experience working with Christie technology “it was a natural fit,” says Bottiglieri. “It wasn’t a question for us of who we were going to use or what the product was going to be.”