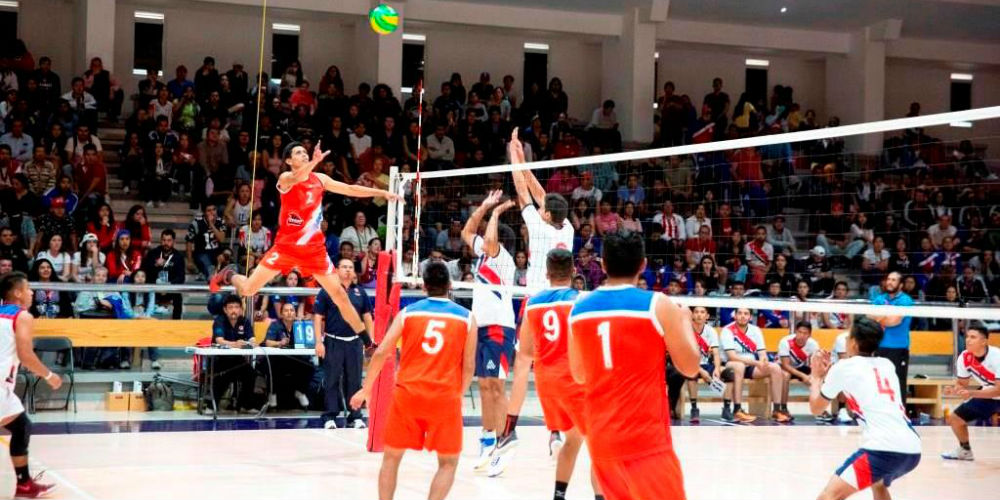 Saint Jean-Baptiste of La Salle, the patron saint of education, founded the Institute of Christian Brothers over 300 years ago in France. The Catholic teaching congregation can now be found in more than 80 countries. Today, Mexico is one of the nations with the institute’s largest presence, with Universidad La Salle situated on 15 campuses across the country.

Every November, the campuses come together for one of the largest events of the academic year: the National Sports Games of La Salle. The four-day event is akin to a mini Olympics, in which each school sends the very best to compete in basketball, soccer, taekwondo, chess, volleyball, and futsal.

In previous years, the games were relatively isolated events; the host school would at times share some photographs or short clips after the event, but communities of the participating schools were not able to follow their teams’ progress throughout the competition. When Universidad La Salle’s Nezahualcóyotl campus was named the host for an upcoming event, they wanted to provide full event coverage—including live streaming—so that fellow students, friends, and family members of the competitors could watch the games live from home, for the first time.

Evaluation and selection
Daniel Aguilar Martinez, content manager at Universidad La Salle, was tasked with finding a way to simultaneously broadcast from six different facilities on campus where the games would take place, and at the same time, record the matches at a higher quality for use in post-production editing. The university had already been using a live broadcast production system to stream their lectures and seminars, but purchasing more on the event’s tight budget was simply out of reach. Hiring a broadcaster, which would have cost upwards of $25,000 for the service, was not an option either.

Martinez decided to purchase a solution that the school would be able to continue using on a regular basis once the games came to a close. Through a quick online search, the university discovered the Matrox Monarch HD. In terms of capabilities and budget, the Monarch HD professional streaming and recording appliance was exactly what they were looking for.

“When we discovered what Monarch HD could do and how easy it was to set up, we didn’t think twice,” says Martinez. “Comparing Monarch HD with our previous product, we saw that Monarch HD is way easier and faster to install, and it uses an Ethernet connection that delivers more stability than WiFi. We are not experts, but the user interface, for us, was self-explanatory.”

The six Monarch HD units purchased for the event were extremely easy to set up—only a quick configuration was required. While the appliances remained active for up to 12 hours a day, streaming and recording operations were simple for the AV team to start and stop via the unit’s on-device push buttons.

All installations in the various sports venues were equipped with at least one camera and one Monarch encoder, but the exact setup differed slightly day to day. For example, during the basketball preliminaries three matches were played at a time to ensure there was enough time for all the games. This was an interesting opportunity for the team to use a single GoPro HERO6 camera to film three basketball courts with a wide shot, while capturing ambient audio with the camera’s internal mic. Video and audio from the camera were then sent via HDMI to the Monarch HD.

During the finals and semi-finals however, three professional-grade SDI cameras, a switcher, and an audio mixer were set up for individual matches. Fewer games meant more equipment could be dedicated to each game. To capture different angles of the games, the various cameras were plugged into a video switcher via unique SDI connections. Output from the switcher then went through an SDI to HDMI converter in order to connect with Monarch HD. Audio for the finals came from a commentator using a mic that connected to an audio mixer. The mixer then plugged into Monarch HD’s analog audio input.

Setting up the equipment was simple and done each night prior to the next day’s events. On game day, all that was left to do was plug Monarch HD to a computer and secure the broadcast key that changed daily from SmartCast, their content delivery network (CDN). Broadcasts were streamed in RTMP at 640p at 1 Mbps to SmartCast, which uses a Wowza Media Server to host the video that was embedded on a landing page, so that viewers could easily log into the school’s server and watch from home. Some events were also simultaneously webcast to Facebook Live, with streaming parameters set at 720p at 2 Mbps.

Matches were recorded at the same time using Monarch HD’s file-splitting feature, and were saved locally to an SD card at 720p60 at 7 Mbps for archival purposes. Once the desired file length was entered, Monarch HD automatically split the recordings into separate files, without losing a single frame. The file-splitting feature was particularly useful for the AV team due to the extended periods in which Monarch HD was in operation—if an error, such as a power outage, were to occur, all the files up until that point would be safe.

“The end result was seamless, high-quality video playback, and with the Matrox File Consolidator utility, it allowed us to create a single file for convenient editing and archiving purposes,” Martinez says.

Monarch HD helped make the National Sports Games of La Salle a success, at a fraction of the tens of thousands of dollars it would have cost to invest in a new broadcasting system, or hiring a broadcaster for the event. The community from every campus was able to watch the matches of their choice in real time, which strengthened the relationship—and sportsmanship—between the different schools.

“Matrox made broadcasting our event not only possible, but one of the best experiences ever. All the games’ fields and courts were covered, and the satisfaction of having delivered a neat and stable broadcast is beyond words,” says Martinez. “The stability we had with the Monarch HD units turned the event into one of the best in our institution’s history, and this was because, like never before, most of the games and matches were shared with our community and their families.”

Impressed with the success of the event, several university representatives from the other campuses approached Martinez to ask how the streaming and recording was set up, and if he could help guide them in setting up their own installations. Post event, most of the Monarch HD units are now installed in auditoriums on campus, and are used to stream and record a wide range of events and meetings.

“Discovering the world of live broadcasting seemed overwhelming at first, until we learned how simple Monarch HD was to set up and operate,” says Martinez. “Going with Monarch HD made us realize that investing in these devices, in the long term, was the right decision.”

We often hear that conferencing is critical to our working needs. It allows users to connect with customers and co-workers remotely giving them gre...