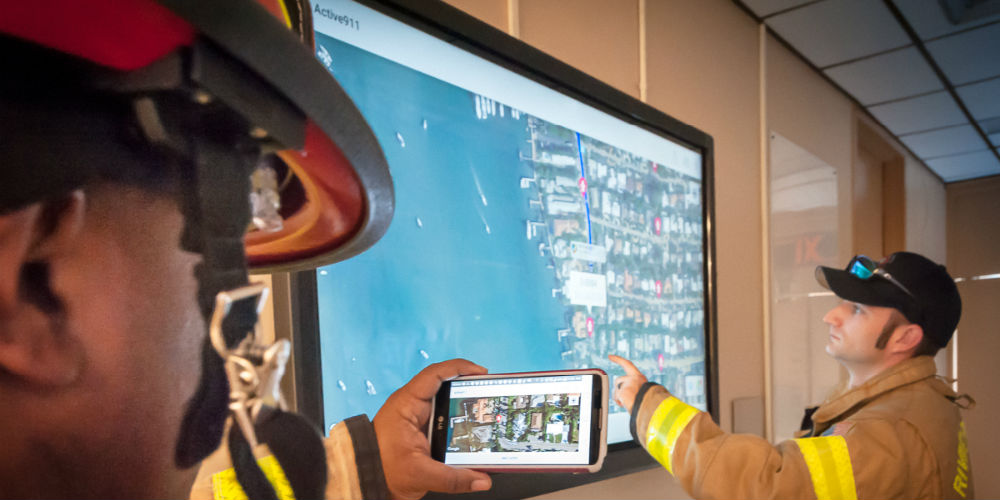 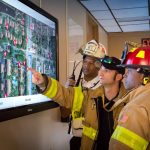 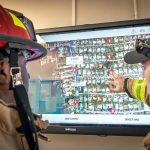 The number one duty of a fire rescue department is to respond quickly to critical emergencies to save lives and minimize property damage to the best of their ability. In Florida, the Riviera Beach Fire Rescue Department was slowed down by the outdated technology in their response center, and wasting valuable time having to manually calculate multiple factors before they could leave for the scene.

The Riviera Beach Fire Department needed an updated system in their four fire stations, and tasked their Information Technology department to come up with a solution. IT Manager Elvis Mella and his emergency response team were up for the challenge to find the right technology and setup that would enable its fire rescue team to be more knowledgeable and efficient, as well as a system that would serve as a worthwhile investment.

“The Fire Rescue service is a profession where there is a direct correlation between response time, and impact to people’s lives and property,” says Riviera Beach Fire Chief, Reginald K. Duren. Their response system was outdated, requiring firefighters to pull together information about traffic conditions to calculate the fastest and most direct route to the scene, as well as pinpoint fire hydrant locations and calculate the amount of fire hose needed.

The Riviera Beach Fire Rescue Department found that other counties and municipalities were using more sophisticated systems to manage emergency calls, plan routes, and calculate hose length and other factors, with multiple pieces of hardware connected, including a PC with the Active 911 System and a TV. This integration inspired Mella for the Riviera Beach Fire Rescue Department’s system, as he considered different devices that could contribute to the best possible response system.

“My goal was to take it to the next level by implementing technology that was intuitive and would allow the department to significantly speed up response time, while also providing access to critical information faster,” says Mella.

Mella and his team had recently installed an InFocus Mondopad, video conferencing and collaboration system at the Riviera Beach Port Center, and the feedback had been extremely positive. The Mondopad includes built-in video conferencing and collaboration features, easily accessed on the capacitive touch screen for white boarding and more interactive meetings.

Mella wanted to provide the Fire Rescue Department with a fast and intuitive touch screen system like the Mondopad, but didn’t need the video conferencing feature. He learned about the BigTouch, a large tablet-like device featuring a fast Intel Core i7 processor running Windows 10 that would allow the fire department to run any applications and pull up multiple layers of information quickly. And, now available with Android hardware, also allowed them to seamlessly run the Active 911 system. 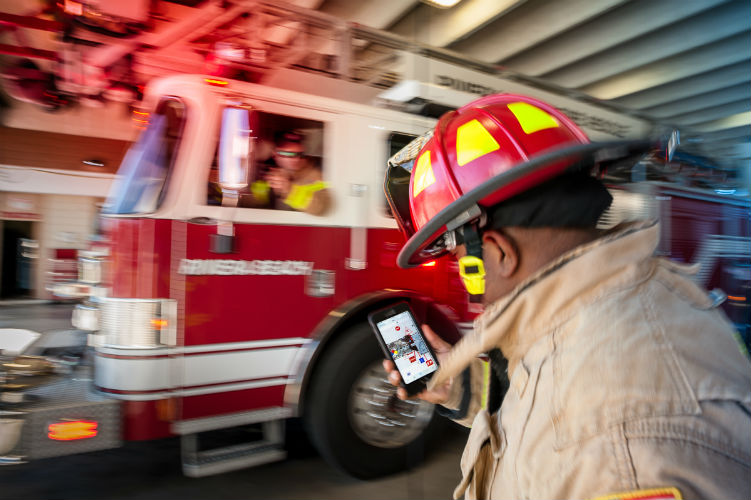 Installing the BigTouch devices at each of the four fire stations in the district was simple; it took only a few hours to install and connect to the network. The BigTouch is mounted in each fire station’s ‘huddle room’ – the most high-traffic area of each fire station between the common areas and the fire rescue vehicles. So, in two to three seconds, the firefighters can interact with live emergencies once they receive an alert from dispatch simply by tapping the screen, selecting the alert, and responding to the call.

The InFocus BigTouch system received a positive response from the Riviera Fire Rescue Department teams. “With BigTouch, the firefighters don’t have to worry about tedious tasks during the stress of a fire drill,” said Mella. “By walking up to the screen and tapping a few buttons, they have instant access to all the data they need, right when they need it.”

The BigTouch lets firefighters see layers of data simultaneously including fire location, nearby fire hydrants, and the fastest suggested routes via Google Maps that are refreshed every five seconds. The fast-moving data overlays allow them to quickly calculate the number of feet of hose needed, by using their finger to draw a line from the fire location to the nearest fire hydrant — eliminating the need to do manual calculations. This reduces response times and helps the team get in the trucks faster, with the ability to transfer the information from the BigTouch to tablets to take on the road.

The BigTouch implementation at Riviera Beach Fire Department will evolve, with the goal to include instant water pressure readings of each fire hydrant, and a map of the underground water pipes in the city, so firefighters can locate alternate water sources for hard-to-reach areas.

After seeing how well the BigTouch devices work in Riviera Beach, the fire chief wants to implement identical systems in other fire stations, and the chief of police is considering similar applications at the local police stations.

“The BigTouch, and its ability to integrate with multiple systems not only enables Fire Rescue to arrive more expeditiously, but also to arrive better prepared to meet the needs of the response,” says Riviera Beach Fire Chief, Reginald K. Duren.