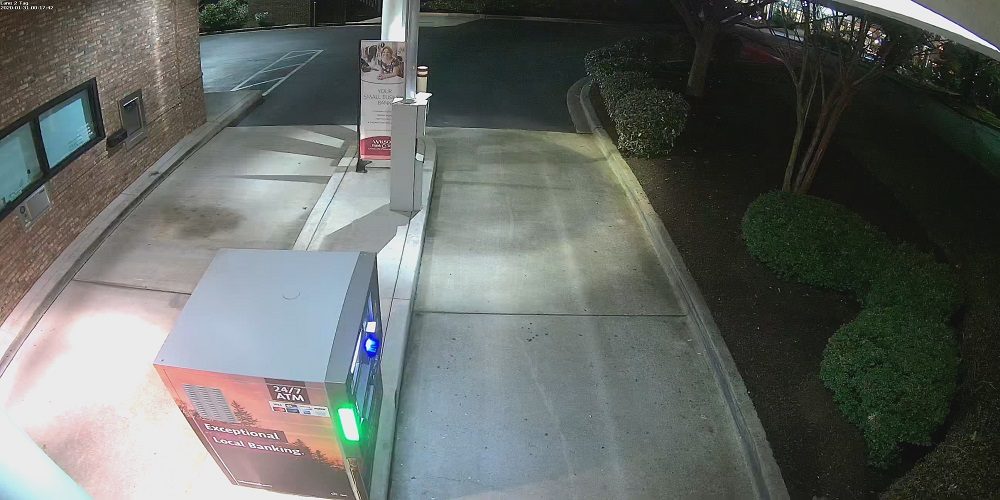 Wilson Bank & Trust, a Tennessee-based independent, community-based bank, has upgraded the security infrastructure at forty of its locations.

“The bank had cameras from multiple manufacturers on multiple systems. Most of them were already 8-10 years old when we began the process. This meant that the image quality was low and we could not get the video retention rates we wanted. In addition, many of the cameras had licensing agreements, so we were paying fees for products that were not meeting our needs,” says Elvis Huff, Assistant Vice-President and Director of Security at Wilson Bank & Trust.

The Bank wanted IT-based, PoE cameras that could produce high-quality video and did not require licenses. They also wanted DVRs or NVRs that would give them longer-term retention rates, 90-days at a minimum. After investigating their options, Wilson Bank & Trust determined that working with Hanwha Techwin cameras and systems would be the best fit for their requirements.

During the decision-making process, one of the deciding factors was that Hanwha cameras and systems are manufactured in-house end-to-end. In Huff’s view, this was particularly important for mitigating cyber security risks.

“The ability to work with a company that does everything from manufacturing the chipset and camera to developing the software was a game-changer for us. We knew it would give us tremendous peace of mind,” says Huff.

By switching to industry standard PoE, IP-based cameras, the bank has realized significant savings with regards to installation and maintenance costs.  “We have reduced our installation costs because we do not have to run extra wire. And we have reduced maintenance costs because the system is less complex and is less likely to breakdown,” says Huff.

Upgrading the branches has included the installation of several panoramic cameras and network IR dome cameras. The PNM-9020V multi-sensor 180° panoramic camera provides up to 30fps at full resolution. These cameras are a favorite of Huff’s for their ability to capture good quality images of a large area. “I like that I can put them on the side of a building and capture what is going on in an entire parking lot.”

Huff has also installed cameras to record parking lot entrances and exists. Recently, this strategy helped as the security team was able to identify a vehicle associated with a fraud case by using an image of its license plate captured as it was leaving the facility.

For branch and building interiors, they installed a variety of dome cameras, including the QND – 6010R Network IR.

This indoor camera provides 2MP maximum resolution, 30fps at all resolutions, motion detection, as well as tampering and defocus detection. According to Huff, “when it comes to capturing images of vehicles, license plates and transactions, the directional dome cameras cannot be beat.”

The bank has also made use of the XNB-H6241A Network ATM Camera Kit. Huff has used the kits to install hidden 2MP HD cameras.

The fact that the cameras do not disrupt a branch’s aesthetics is important for maintaining a positive customer experience. At the same time, these kits have allowed the bank to capture images that are not possible with a traditional top-down view.

Waist-up images, which include a person’s face, can be vital when it comes to investigating or prosecuting theft and fraud.

Having access to images from this angle is already proving to be invaluable. In a recent case of fraud involving identity theft, an individual presented fictitious and forged documents at one of the bank’s branches.

“Thanks to the Hanwha high resolution camera, we had a clear image that we were able to use to identify the individual,” said Huff. 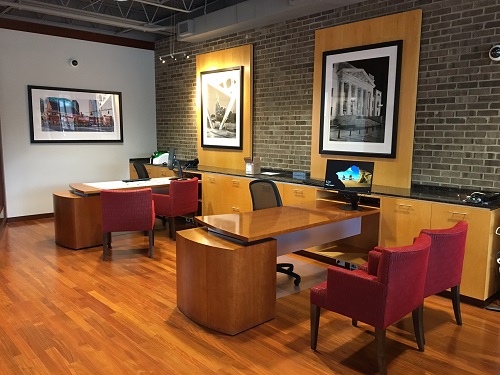 Each location has a similar setup with cameras connected to a dedicated NVR. At this point in the process, the majority of the NVRs are XRN 2011s.

The XRN 2011 supports up to 32 channels and has a maximum internal storage capacity of 48 terabytes.

According to Huff, the ability to store such a large amount of data was an important factor in selecting the XRN 2011.

“It is not uncommon for us to have a 40 to 50 terabyte NVR as this allows us to meet our 90-day retention requirements.”

Huff also appreciates the fact that the new NVRs send security personnel notifications when a camera goes down or if storage issues arise. The video captured is used mostly for investigative purposes.

Because their NVRs notify them in the event of an error or potential concern, the team can rest assured that they are continuously capturing the information they need to keep the bank secure.

According to Huff, the relationship with Hanwha Techwin has been a positive one. The bank is happy with the upgraded technology, and Huff continues to be impressed with the equipment.

“We really like our cameras. We have already seen good returns on the money we have invested. They are proving very beneficial in helping us serve our customers and prevent loss at Wilson Bank & Trust.”