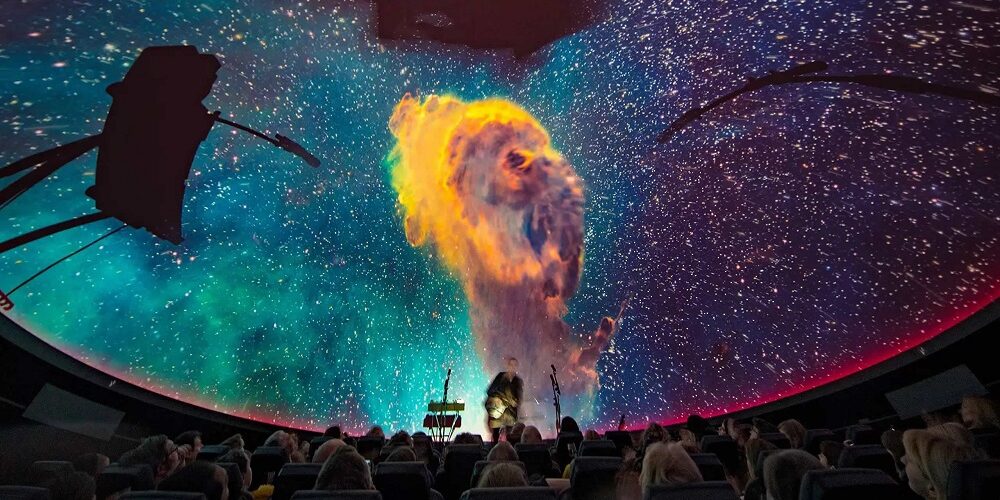 The Stardome Observatory and Planetarium opened to the public in 1967, while the planetarium—the largest in New Zealand—launched in 1997. The venue features a panoramic theater with a full-dome concave screen, laser projectors and IMAX angled seating for an immersive 360-degree viewing experience.

Doubling as both a cinema and live performance venue, the Stardome Observatory needed a versatile sound system to support a wide range of events. Additionally, since a range of staff members and volunteers operate the facility, ease of use was a top priority.

JPRO and Avid Automation selected JBL AC18/95 compact two-way loudspeakers for the surround channels, as their enclosure design allowed for installation close to the ceiling. The result is a smooth, natural immersive audio experience throughout the listening area. Additionally, three JBL VTX B18 18-inch subwoofers provide a solid bass foundation for a ground-shaking experience.

“The primary use of the system is to provide an immersive 5.1 cinema experience, but the theatre also doubles as a live performance venue for small bands and events—everything from strings to electronica,” says Darian Sundar, Director, Avid Automation. “So, in addition to offering an accurate cinematic experience, the system needed to be capable of handling larger SPL to accommodate live performances.

“The cardioid sub-array configuration is simply magic and is an integral part of the system design,” he says. “It allows the performance volume of the bass to be focused in the room without spilling into the foyer and office areas.”

Two Crown DriveCore CDi 4|1200BL power amplifiers power the system, with pre-loaded JBL speaker tunings that allow the amplifiers and speakers to work in harmony for the best possible sound. The amplifiers interface with a BSS BLU-806 signal processor via the Dante networked audio protocol, providing flexible signal routing and control, including the ability to interface with the venue’s fire evacuation system.

To provide operators with hands-on control over the sound in the theater, Avid Automation and JPRO provided the venue with a Soundcraft Si Performer digital mixer.

A Dante interface card allows the mixer to send output signals to the BSS and Crown backend, while a Soundcraft Mini Stagebox 16 provides additional inputs onstage for larger performances.

Avid Automation collaborated with Stardome organizers to design a custom user interface to make the system easy and intuitive for staff and volunteers to use.