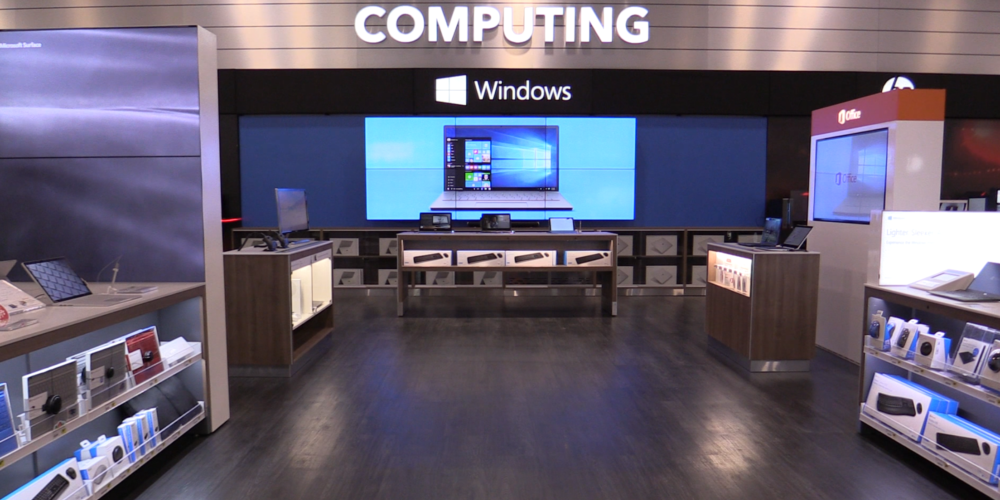 As consumers evolve to expect personalized, exciting shopping experiences, brands and retailers such as Best Buy and Microsoft are developing new ways to attract attention and create meaningful in-store interactions.

A prime example of this shift is Advanced’s recent installation of new Microsoft kiosks at eight Best Buy locations throughout Canada, which highlight Microsoft’s most popular software and hardware products with motion-activated ads, tutorials and demos.

As a market leader in hardware, software and video games, Microsoft is well positioned to use modern technologies to heighten the in-store experience. Differentiation is paramount in a crowded retail environment, and Advanced was thrilled to help bring Microsoft’s vision to life, creating interactive kiosks that entice multiple simultaneous guests to demo and learn about the company’s latest products. 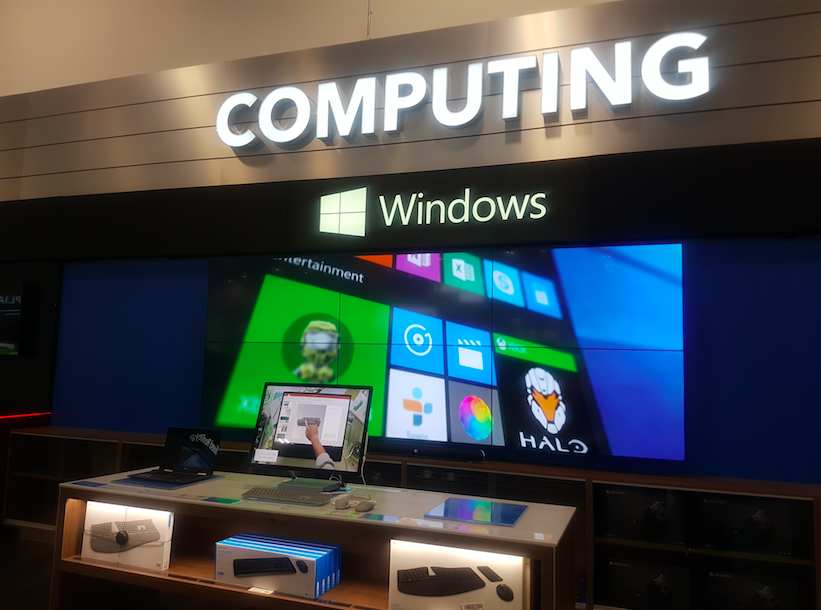 Each of the eight locations features an identical installation of three kiosks, which utilize proximity sensors to activate ads and adjust how the demo experiences operate based on the number of participants and their engagement time.

The kiosks highlight the latest features and benefits of Microsoft Office, Microsoft XBOX and the Windows experience, with each kiosk operating in a slightly different manner. The Office kiosks feature a 55-inch LG display on each side, with the backside displaying ads and the front showing tutorials and interacting directly with the two laptops visitors can use to try the software and follow along with the demo.

The XBOX kiosk is similar, with a rear 55-inch LG display highlighting gameplay from top titles, and the front display connected to an XBOX with two controllers where guests can play a predetermined game. It also includes a second LG display on the rear of the kiosk that highlights gameplay from multiple games and entices Best Buy shoppers to make their way to the front of the kiosk to play a game right in store. 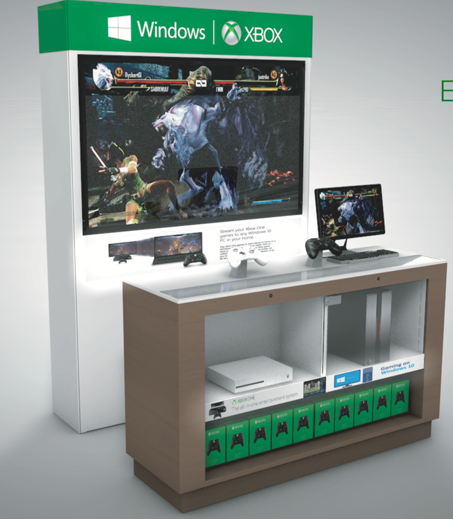 The last kiosk is focused on Windows’ Cortana, Ink and Hello features, and features a 2×3 LG video wall connected to three Microsoft devices (laptops and tablets) that allow for multiple simultaneous users. Like the other kiosks, the Windows version uses proximity sensors to activate call-to-action ads and promotional videos when people walk near it, but it also uses the sensors to manage its multiple devices capabilities. The video wall can show a single stream across all six panels, then when two or three people want to use the kiosk at the same time, the PC that controls the video feeds automatically separates the displays into three separate feeds so each guest can have a personal experience and explore products at their own speed.

Creating a reliable system that can automatically perform under multiple scenarios is key to maintaining a positive experience for both the potential customer and the store owner and staff. They built a full demo kiosk at Advanced’s facility, an exact mock experience, and worked with the retail designer to fine tune the sensors’ reaction time and multi-user protocols to maximize effectiveness. For tech products, these types of forward-thinking sales environments allow consumers to try before they buy, and are much more memorable and meaningful than simple ads or stand-alone demo products.