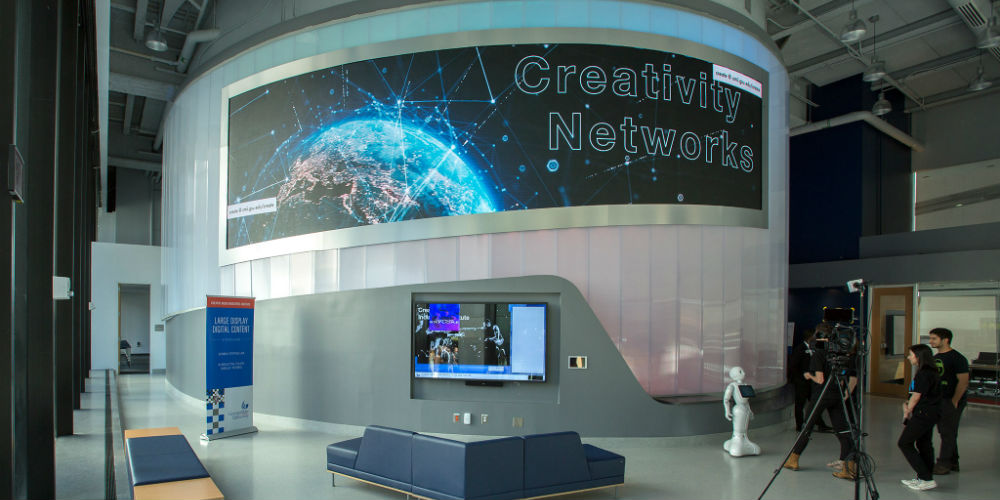 When Georgia State University set out to design a new home for its Creative Media Industries Institute (CMII), it decided to make a statement about its mission that would be seen and immediately understood by the thousands of people who would pass by the new building, which is located on the Woodruff Park in downtown Atlanta, Georgia.

The state-of-the-art, ultra-modern home to the university’s digital media and film industries studies had to become immediately iconic, according to Elizabeth Strickler, CMII Director of Media Entrepreneurship and Innovation, and it had to visually communicate digital innovation.

With the opening of their new Creative Media Industries Institute (CMII), Elizabeth Strickler, CMII Director of Media Entrepreneurship and Innovation at Georgia State University turned to NanoLumens to create a solution that would reflect its mission of being a front-runner for digital innovation. It was important to differentiate their program, show their interactive capability, technological prowess, and it had to visually communicate digital innovation.

Most of all they wanted a solution that would transcend being a display and become a canvas for the creative expression of the students studying at the institute. 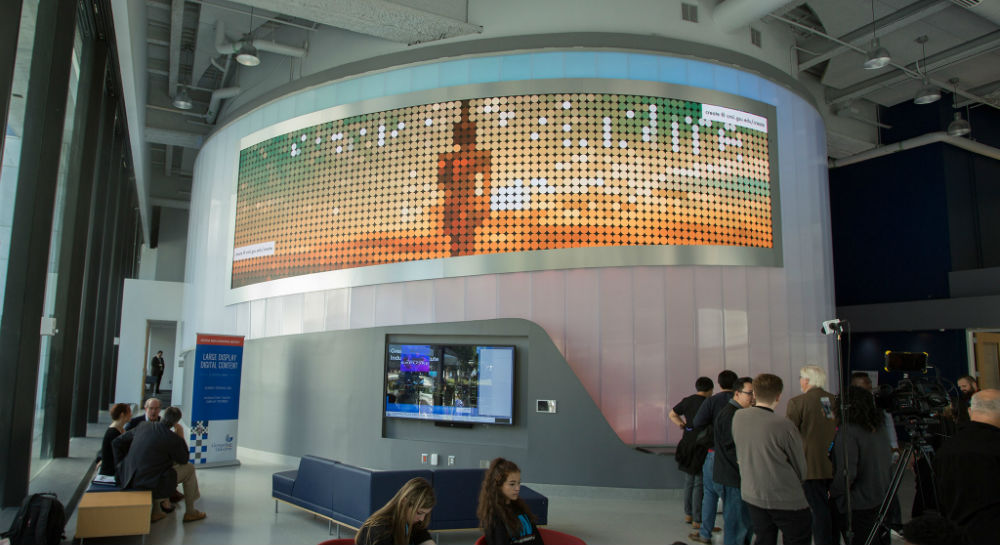 NanoLumens’ cutting-edge technology was able to work around some restrictions that other competitors could not such as the need for daytime projection, creating a screen large enough, and having that screen be curved to fit the design of the building.

Not content to simply have a massive curved HD display, they also agreed that a standard 16:9 rectangle was uninspired; therefore, NanoLumens created a Nixel Series LED 34-inch wide curved trapezoid, with the left and right ends standing 10-foot and 7-foot tall respectively that resulted in a gentle sloping bottom for the display. Utilizing a 3mm pixel pitch, the display has a truly unique pixel count and display ratio that challenges students to step out of their comfort zone and create digital media projects specifically for this display.

To show off the new technology, the institute’s opening day featured an interactive installation from artist Pablo Gnecco and the 9to5.tv team that linked a web page to the display and allowed attendees to draw on the NanoLumens display using their mobile devices.

The new Creative Media Industries Institute building is now, quite literally, a beacon of creativity that enables their students to experiment and prepare for careers in the rapidly changing fields of media and technology. By working with what might be the first and only trapezoidal curved display in the world, students have the means to express themselves creatively by working with the technologies of the future.”