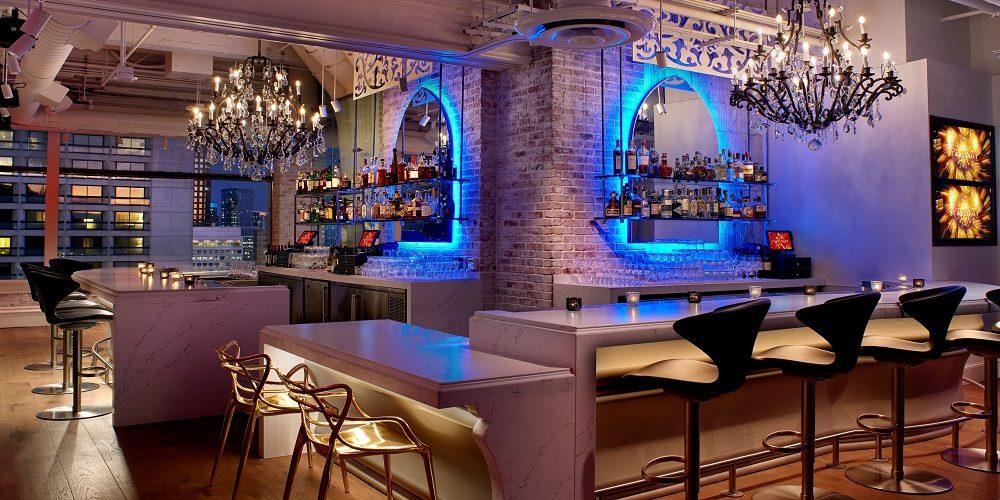 The luxurious Sir Francis Drake hotel in San Francisco has anchored the city’s famed Union Square since 1928. And since the landmark hotel’s opening day, Lizzie’s Starlight (originally dubbed the Starlight Room) has drawn hotel patrons and locals alike to the roof of the 21-story hotel for entertainment, food, drinks, and spectacular views.

In 2019, Lizzie’s underwent a major renovation – torn down to bricks, bare floor, and bare ceiling and entirely remodeled. 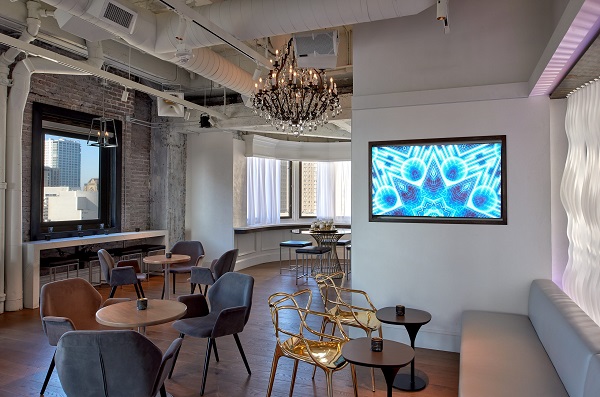 “We worked on this project for two years, and the design has changed three or four times,” says John Wagner who, along with brother Joe, is co-founder and co-owner of Ayre Productions.

The biggest challenge at Lizzie’s Starlight was the room combining scheme. Although the overall space is not all that large, it’s divided into four meeting rooms of varying sizes (one of which includes the main dance floor) that can be combined into a single space. It’s a configuration that enables the venue to draw daytime business for meetings and other events, in addition to its traditional identity as a nightclub. Not surprisingly, it somewhat complicated the sound system design. 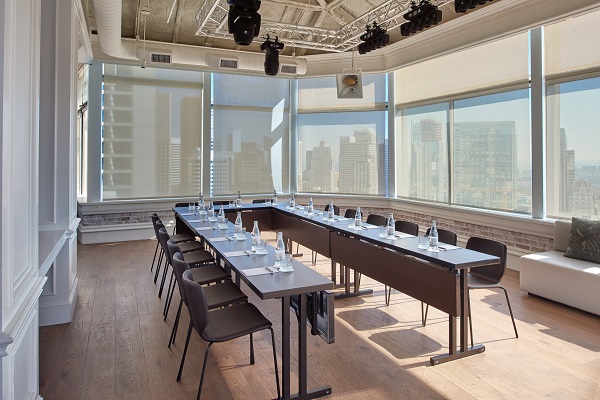 Ayre Productions of Chicago, the company behind multiple projects for owners Kimpton Hotels and Restaurants, designed and installed a new audio system for the venue, driven by Linea Research 44C and 88C Series power amplifiers.

“Because of the size of the four areas, we made the focal point the center of each area,” says Wagner.

“With the rooms separated, there is minimal bleed-over between rooms. The client wanted a different, yet fun-looking, speaker to accent the new décor, so we choose Pioneer Pro Audio XY-2 loudspeakers, with XY-81s for small fills where the XY-2 wasn’t needed. The South Room, with the dance floor, is set up with two XY2s, two XY-81s, and a XY215S subwoofer, plus Pioneer Pro’s new CM-C56T in-ceiling speakers in acoustically treated ceilings. The North, East, and West rooms use various combinations of XY2 and XY-81 loudspeakers and XY-115s subwoofers. The host area, elevator entrance, and restrooms have acoustically treated ceilings with CM-C56T in-ceiling speakers.”

The 88C06 delivers 750 watts RMS per channel into 2, 4, or 8 ohm loads or 70/100 volts, with all 8 channels driven. “Most company rate their power amplifiers in peak power, so when I started using Linea Research amplifiers, I had to get used to designing based on RMS, where a 10,000 watt amp is really 10,000 watts,” notes Wagner. “We can easily run four subwoofers on one Linea Research amplifier. We use Furman power sequencers that provide 20A per amplifier, and I’ve yet to have a problem with that not being enough.”

The new audio system at Lizzie’s Starlight is managed by one Symetrix Prism 12×12 and one Prism 0x0 DSP.

“We installed a Dante audio network throughout the space, and each meeting room has two Dante connection points, although in one meeting room the two points are the same connection,” Wagner says. “However, I did not use the Dante version of the Linea Research amplifiers. Maybe I would if I were doing it again but feeding the amplifiers from the 12 analog outputs of the Symetrix Prism 12×12 DSP works well.” 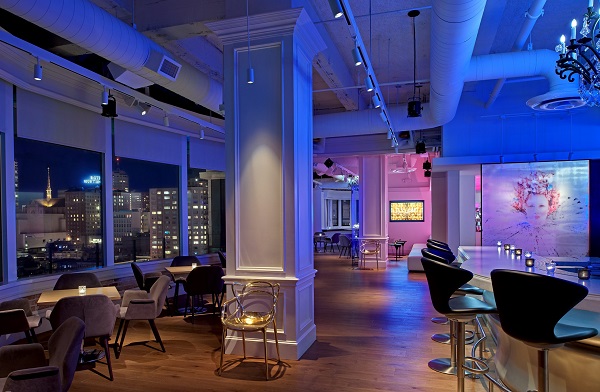 All processing for the Pioneer loudspeakers and subwoofers is done using the Linea Research amplifiers’ onboard precision 96 kHz DSP.

“I rebuilt all of the profiles for the Pioneer speakers, loading them into the amplifiers,” says Wagner. “With Linea Research’s programming GUI, I was able to do whatever I needed.

Aside from signal routing, I mostly use the Symetrix DSP for special needs and last-minute things like live-microphone feedback control.”

Lizzie’s Starlight is now open for business, and the new sound system is fully operational.

“They are very happy with the sound and performance of the new audio system,” Wagner says. “It is a night and day improvement over the system they had before.”