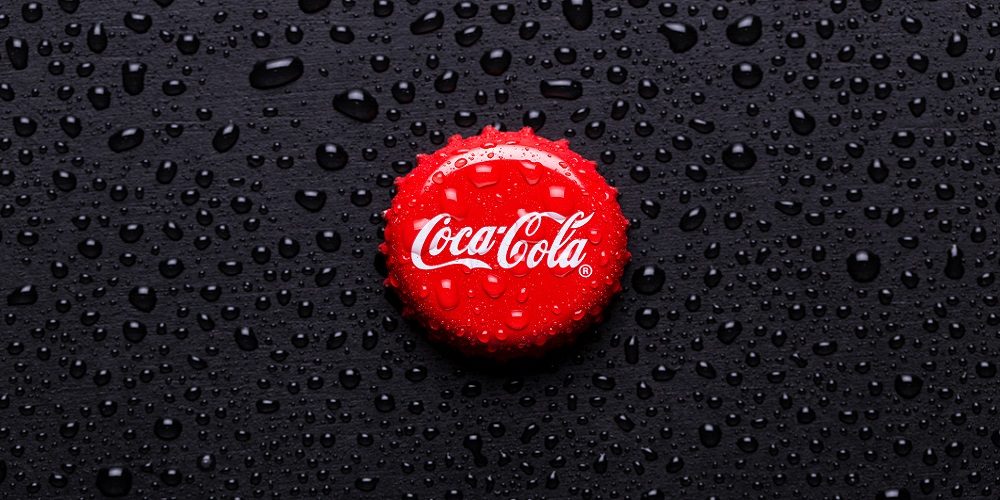 The novel coronavirus pandemic caused seismic disruption to businesses. The sudden need to enable vast remote working caught many off guard, particularly those with legacy IT.

Coca-Cola European Partners is one enterprise that could have easily found itself among those organizations in reactive mode were it not for its proactive approach to building a truly mobile workforce.

Formed through the merger of three separate Coca-Cola bottling firms, the combined organization made it a priority to deliver a single unified digital workplace for more than 28,000 employees across Europe.

Given the wide-scale incompatibility of CCEP’s legacy systems and the vast geographic disparity between the original company platforms, including nine email systems and twelve collaboration platforms, the challenge was achieving this vision quickly and cost-efficiently.

Trying to bring everything together involved a huge amount of duplication and complexity, so CCEP needed to simplify this and figure out how it wanted to connect its users.

“Our original thought was to go greenfield, build new, and move everybody to it,” says Neil Charlton, director of technology solution delivery at CCEP.

A common approach among big organizations, this typically involves engaging a large consultancy firm that steers toward the adoption of standard operating models. It didn’t take long, however, for Charlton and his team to realize this wasn’t the right journey for CCEP.

“The big providers in the industry are moving to commodity solutions, which works well if you’re willing to build a new solution and move everybody,” Charlton says.

“But if, like us, you want a hybrid model that gives you stability as you integrate legacy with your new environment and enables users to transition through that smoothly, then boutique consultancies are a better option. They have the experience to do the integration, deal with the complexity, and work through all the challenges.”

This realization led CCEP to collaborate with boutique consultancy OKTiK Technology, an Adaptiva partner, to design a digital workplace program with automation at the heart. OKTiK created solutions that connected systems within CCEP, which many people thought couldn’t be connected.

In addition, the speed and predictability provided by the OneTiK Automation Platform in conjunction with Adaptiva OneSite negated the need for CCEP to bring in large teams of IT people to migrate users.

The incredibly complex project required moving all 28,000+ users’ OS, applications and data from individual workstations to an entirely new environment.

It also involved migrating legacy SharePoint on-premises to SharePoint Online; the teams needed to tackle new networks and new security issues through a hybrid approach that still connected to legacy systems as mapped drives moved to the cloud. And it had to be done without impacting business processes.

Adaptiva OneSite was critical to a successful migration because it provided bandwidth control while securely distributing massive amounts of content.

Listen: My TechDecisions Podcast Episode 115: The Flexibility of Remote Work and Videoconferencing

“If we hadn’t partnered with Adaptiva and tried to migrate all of these different systems running on creaky old networks across Europe on our own, we would have quickly run into major problems,” says Graham Brant of OKTiK Technology.

“OneSite helped make it possible for employees to get work done throughout a migration process that normally might take up to two weeks in the background,” says Jeff Harrell, vice president of marketing at Adaptiva. “In today’s climate, enterprises can’t afford that level of lost productivity. No one would move forward with digital transformation.”

To meet CCEP’s objectives and get a backup of data from machines, OKTiK worked with Adaptiva to apply OneSite in a novel way, using its industry-leading peer-to-peer content distribution engine to drive function in reverse.

It ran the migration from workstation to Adaptiva’s Virtual SAN to OneDrive so that OKTiK could manage the backup process, temporarily creating an entire data center on each subnetwork.

“Technologists understand how powerful and necessary Adaptiva OneSite is, but clients simply know that when the right solutions are applied, migration can be seamless and efficient as they move toward their goals,” Brant says.

Powered by the enormous amount of data and intelligence being automatically collected, distributed and managed from an end-to-end automation process with Adaptiva, the dashboard provides a real-time view of what is happening across the new environment. This has enabled CCEP stakeholders to predict issues and resolve challenges promptly.

The program has been the single biggest enabler of remote working for CCEP. Hitting the velocity of migrations at the start of January meant that by the time a global pandemic was declared in March, momentum was already strong enough to enable a seamless mobile workforce. 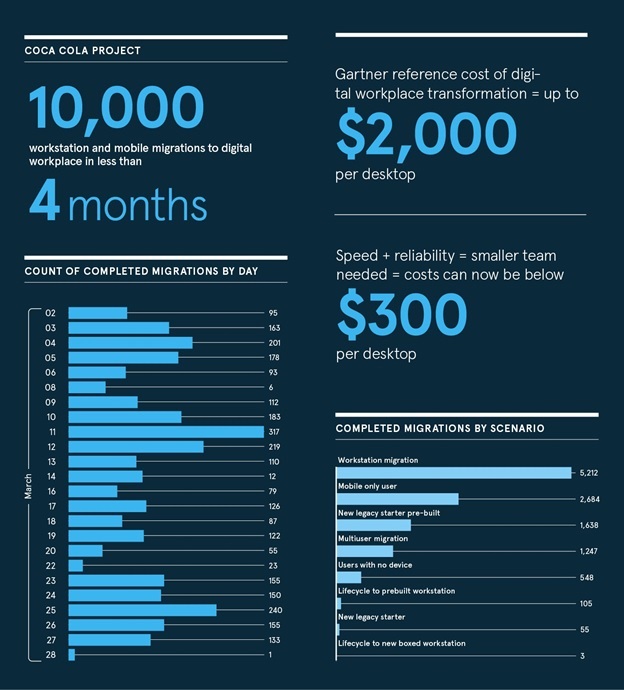 Migrations to Windows 10 and Office 365 grew from zero to 700 users in two weeks and to 28,378 by the completion of the project at the end of September.

This kind of scale would have been impossible to achieve without Adaptiva OneSite.

“To deliver complex change, you need to work effectively with third parties; OKTiK and its partner ecosystem truly integrated with us, creating a one-team spirit focused on solutions,” says Charlton.

“This provided the flexibility to bring together best-of-breed solutions, like Adaptiva OneSite, in a highly efficient manner. The results deliver on the promise of automation and help CCEP run a remarkably secure, cohesive and collaborative business.”