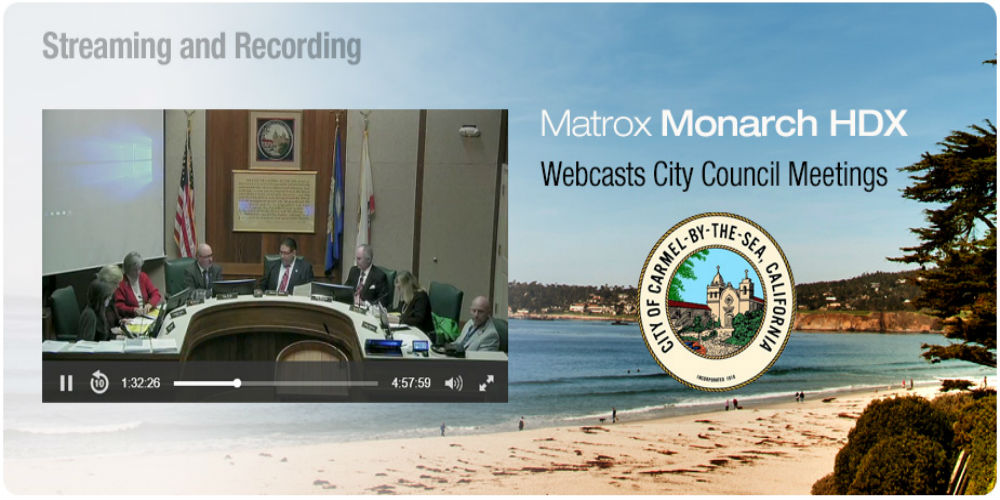 Inhabited by many celebrities, including actor Clint Eastwood who served as the mayor of this quaint and charming seaside community in California, the city of Carmel-by-the-Sea with just 4,500 residents, and one square mile of land, is a well-kept secret.

Wanting to maintain the old-world charm, and against any kind of radical development, the city, at times, had strange policies—no street signs, minimal night-time lighting, no high-heels on the beach regulation, pro-nature guidelines, and even had ice cream cones banned for a while.

Paradoxically, when it came to dissemination of information from the city, the residents wanted only the latest and the best technology used. Many engaged residents attend the city council meetings regularly to ensure they continue to have an impact on the outcome. For the last seven years, council meetings have also been live streamed for residents’ convenience.

Catering to involved, high-profile citizens with soaring expectations, the city recognized that they needed to upgrade their entire IT facility from SD to HD, especially their outdated, 20-year old AV systems. Replacing their old content management system with a modern one, and revamping the city’s web site were other priorities. The city issued requests for proposals to address all these needs.

For simplicity in live streaming, the consultant systems designer suggested investing in a hardware encoder. After testing several encoders, the city’s IT systems & network manager, Joel Staker, selected the dual-channel Matrox Monarch HDX appliance, as the affordable, easy-to-use unit allows them to simultaneously stream and record the city council meetings.

Since the city’s entire IT operations, including the 911-call center, were handled by a single person, ease of set up, maintenance, and operations were of primary importance. The Monarch HDX encoder also worked well with the city’s chosen agenda management solution, NovusAgenda, and the Novus video server. (The previous encoder not being compatible with the Novus solution was another reason for replacing the encoder.)

A clerk or staff creates an agenda and supporting documents for the city council meetings, as well as internal board- or council-level meetings, via NovusAgenda. When the meeting commences, the Monarch HDX appliance is started automatically, and stopped at the end, without operator intervention. This is made possible by using the Monarch HDX’s API to integrate with NovusAgenda. Assimilating the encoding operations means one less thing for the IT person to worry about during the meeting.

In the midst of automating their video capture by using microphone-followed camera control, the city currently has four PTZ cameras that send signals to a production switcher, which provides HDMI input to the Monarch HDX H.264 encoding appliance. Monarch HDX encodes the signals and streams them to the Novus video server, which delivers them as live webcasts through the city’s web portal. Monarch HDX also simultaneously records them in MP4 format to an SD card.

The city is able to upload these recordings, at a higher quality than the stream, to their web portal, within an hour of the conclusion of the meetings, for access by everyone including citizens and reporters. Chapter points that reference the agenda enable users to click through the links in the video and skip to points of interest.

Staker says, “Matrox Monarch HDX has been fantastic. We now have a high-quality encoder that is easy to use, integrates nicely with our agenda management solution, and meets our entire streaming and recording needs. This appliance has proved to be ideal for our single-staffed IT operations.”

The city’s Sunset Cultural Centre, a beautiful venue for music concerts, will soon be equipped with another Matrox Monarch HDX encoder for recording the performances.