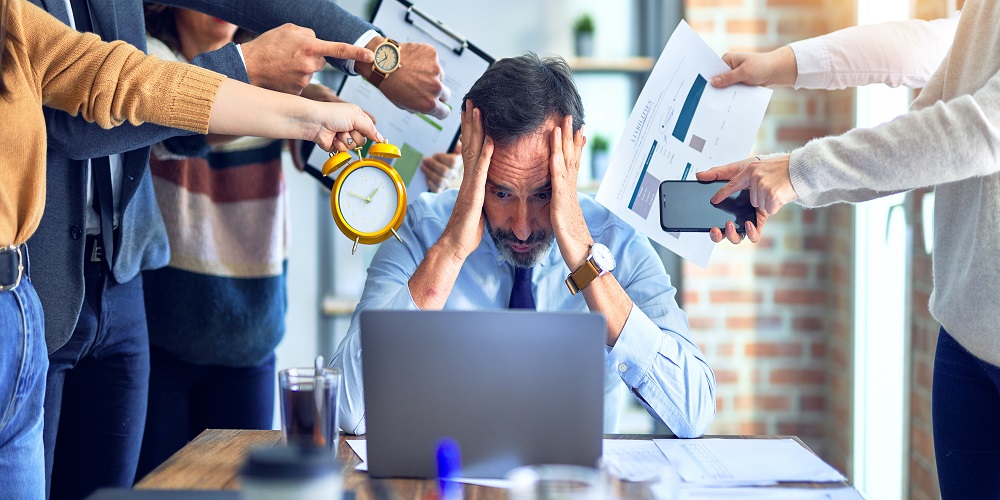 Set aside the constant feature upgrades, new server operating systems, monthly patches, mundane end user requests and easy-to-spot phishing attacks that IT professionals have always had to deal with for years.

Due to remote work, a constant barrage of sophisticated cyberattacks, the evolving threat of ransomware and an entirely new end user operating system the last year and a half has flipped the IT industry on its head and has demanded more from technology professionals than ever more.

IT teams have never been relied upon to keep businesses up and running and safe from threats as they are now, and that could lead to burnout due to all that extra work.

Several recent studies help paint the picture of the stressors leading to burnout amongst technology professionals.

Unify Square released the results of a survey in November 2020 of 600 full-time enterprise employees, technology workers are taking the brunt of the stress, as 61% of tech workers say their stress levels have risen since working remotely.

Clearly, stress levels continue to rise among IT departments, and that can stem from how those professionals are viewed from a business lens.

IT is a thankless job

Unfortunately, most organizations don’t think of their IT department as a critical piece of their organization. When things are working and going well, nobody notices the good work you’re doing. On the flipside, everyone notices when things don’t work or when your systems are encrypted, and you have to pay a six-figure ransom.

According to Grant Wernick, CEO and co-founder of automated cybersecurity data intelligence firm Fletch, that can be emotionally and mentally draining on IT professionals.

“Most organizations don’t understand that their IT departments are having to adapt at significant rates in order to keep up with our cloud-driven world—especially because of COVID-19,” Wernick says. “Leaders within organizations need to give more public attention to the work these team members are doing—especially leaders outside of the IT department.”

Instead, IT needs to be looked as an important business need and not just the department that troubleshoots the tech issues of end users and installs boatloads of security software throughout the organization. According to Wernick, companies need to make sure that every department understands why IT plays such a critical role.

Rather than looking at IT as an expense that needs to be managed, companies should consider IT as a strategic investment.

We need to look at IT differently

In 2021, there are very few businesses that can conduct their business and survive without technology, but the perception that technology is just a support function remains because IT departments struggle to show the value they bring to the organization.

They are also not typically at the table when management discusses strategy and operations, according to Veronica Millan, global chief information officer at MullenLowe Group.

“Every organization today, if they haven’t already, needs to look around their executive management team and see if they have someone on that team that is truly representing the technology team – whether it’s a CIO, the head of Technology, the IT Director, whatever the appropriate title would be in that company,” Millan says. “If they don’t have a representative, then there’s a huge gap that needs to be addressed where technology is concerned.”

On the flipside, those IT professionals that do make it into the C suite need to remember that they work for a business, and businesses are driven by revenue and a balanced budget. They need to learn how to bridge the gap between the business and technology.

Millan called the pandemic a black swan that forced companies to grapple with their basic technology investments while employees were working at home and organizations had to rethink how they would deliver their services or products via that environment.

That necessitated a seat at the table for IT professionals, and they showed what they were capable of.

“There were these questions and so much more that needed to be considered that depended on technology,” Millan says. “For many, it was the first time that the technology teams had a seat at the table.”