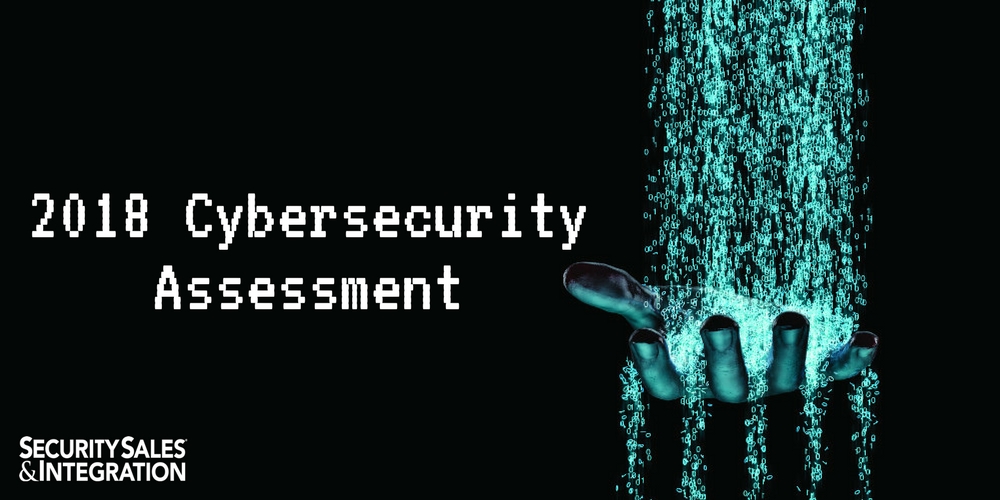 While the sense of a new cybersecurity normal in which attacks are omnipresent and breaches imminent may have resulted in some desensitization during 2017, the danger to business and consumer data continues to escalate with new threat vectors (e.g. ransomware) routinely emerging.

Microsoft estimates the cost of cybercrime to the global community at $500 billion and sources indicate the number of data breaches rose more than 20% last year. Around a third of U.S. organizations have been victimized, with attackers residing on networks an average of 146 days before detection.

Such are the potentially treacherous environments electronic security professionals must contend with today. Little wonder then that more than half of the security dealers and integrators responding to SSI’s 2018 Physical-Logical Security Assessment (PLSA) rated the chances of the worst breaches yet to come as a 9 or 10 on a 1-10 scale.

The average matches last year’s high of 8.18 as the study — designed to determine security pros’ perspectives on networking, IT and cybersecurity — was conducted for the fourth time. In general though, whether due to real traction or a false sense of it, most of the results show the industry heading in a positive direction.

At the same time it is also clear what a high priority this area must remain. Dealers and integrators report both increases in their knowledge and commitment to learning more about cybersecurity, while IT and cyber training for both technicians and salespeople continue to rise.

Respondents gave their manufacturer partners higher marks for addressing cybersecurity issues and placed more emphasis on that proactivity factoring into the decision of which products to sell and install. One of the most encouraging findings was cybersecurity having less of an impact on both the prioritizing and funding of physical security.

Respondents also noted less concern about both Cloud and home networking vulnerabilities. In the few short years since the inception of the PLSA, the electronic security industry has progressed from head-in-sand-like oblivion and denial to deer-in-headlights-like paralysis and inaction to reluctant acknowledgement and acceptance to heightened awareness and informed response.

Reports of security devices, particularly cameras, and IoT devices being hacked are rampant and it’s only a matter of time until a high profile case surfaces in which a professional system was materially breached to incur substantial losses. Adopting best practices now can help assure your company merely hears about that rather than suffers through it.