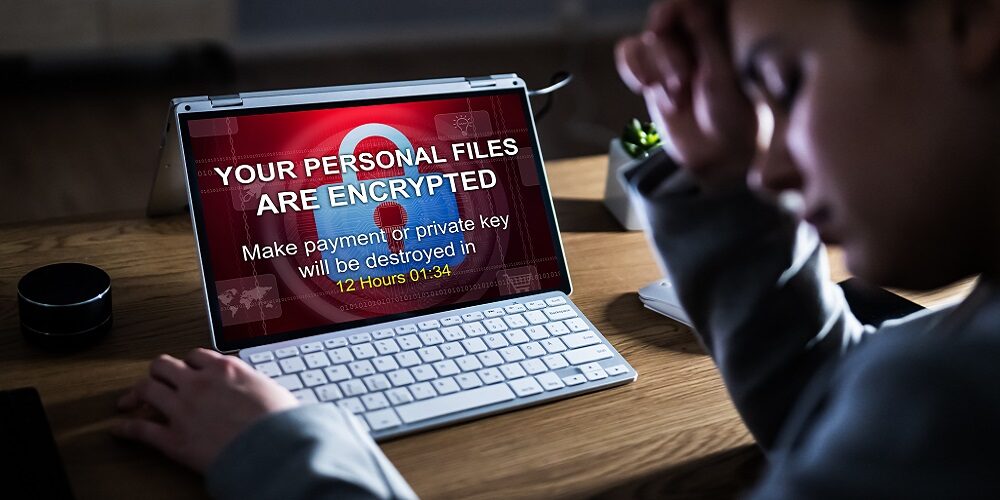 Ransomware hackers have stolen over 30 terabytes (TB) of personal and other sensitive data throughout more than 300 attacks in 2022, according to researchers at Atlas VPN.

The team analyzed 623 ransomware incidents across the EU, the United Kingdom and the United States for a reporting period from May 2021 to June 2022.

In April, ransomware hackers locked 3 more TB of data. While during May, the total amount of stolen personal data through ransomware attacks accumulated to 34 TB and remained the same until the end of June.

While some hackers might have taken a summer break, the ransomware threat continues to loom. Throughout the first half of 2022, businesses suffered 320 ransomware incidents, according to Atlas VPN. 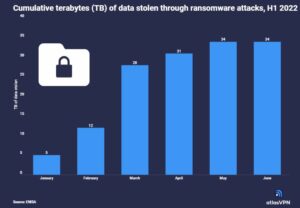 In January, businesses reported 25 ransomware incidents. In February, ransomware attacks skyrocketed by 116% to 54 incidents. Hackers performed 92 attacks against companies in March, bringing the total incident count in the first quarter of 2022 to 171.

The second quarter started with 113 total ransomware attacks in April, the most so far, according to Atlas VPN. Despite that, businesses suffered 32 incidents in May, about 72% less than the previous month. Throughout June, hackers attacked businesses with ransomware just four times.

“Ransomware has become more efficient and devastating in its attacks. Businesses should be prepared for their most confidential information to be taken and potentially exposed or sold on the internet. To mitigate the impact of ransomware attacks, companies must build resilience and report the cases to competent authorities,” said Atlas VPN’s Vilius Kardelis, in a statement.