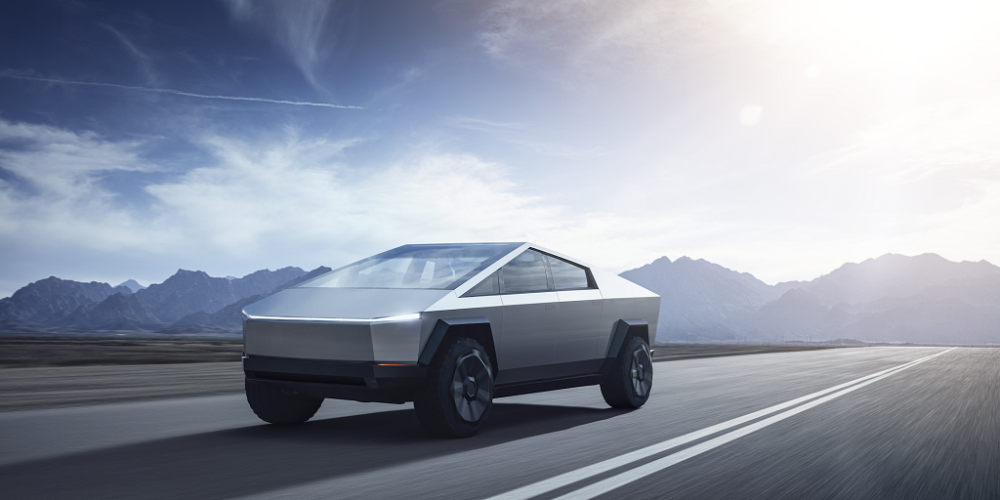 Remember the very funny unveiling of the Cybertruck a few weeks ago? You know, the one when Tesla CEO Elon Musk and the vehicle’s designer whacked the truck with a sledgehammer and broke the armored-glass window?

Someone is now driving one around, and it’s reportedly Musk himself who is showing off the truck on the streets of Los Angeles.

Like the Nov. 21 unveiling event, a few things went wrong for Musk and his newest product that is expected to be made available to the general public in 2021.

He hit a traffic pylon

Twitter videos showed Musk pulling the Cybertruck out of a parking lot and hitting a traffic pylon.

Tech Decisions hasn’t been in the truck, so we can’t say for sure, but there must be some considerable blind spots on the vehicle, given its … um … unique configuration.

In the same video of Musk pulling out of the parking lot, he takes a left turn and there appears to get some body roll, according to Tech Crunch.

That’s despite the truck’s wheels being wider than the fenders, which isn’t allowed under U.S. vehicle regulations.

The truck also appears to now have an exterior mirror on the driver’s side, which is also a requirement. Photos posted to Twitter show a manufacturer’s place on the truck, which seems to answer the question, “How is this thing street legal?”

He ran a red light

While hitting a traffic cone and showing a considerable amount of body roll, Musk ran a red light and came a little too close to other vehicles traveling on the road.

Imagine almost colliding with that beastly Blade Runner-esque after a night out.

Musk is also reportedly planning to get into the alcohol business himself, as his company filed to trademark a new brand of tequila called “Teslaquila.” However, that business venture has yet to come to fruition.