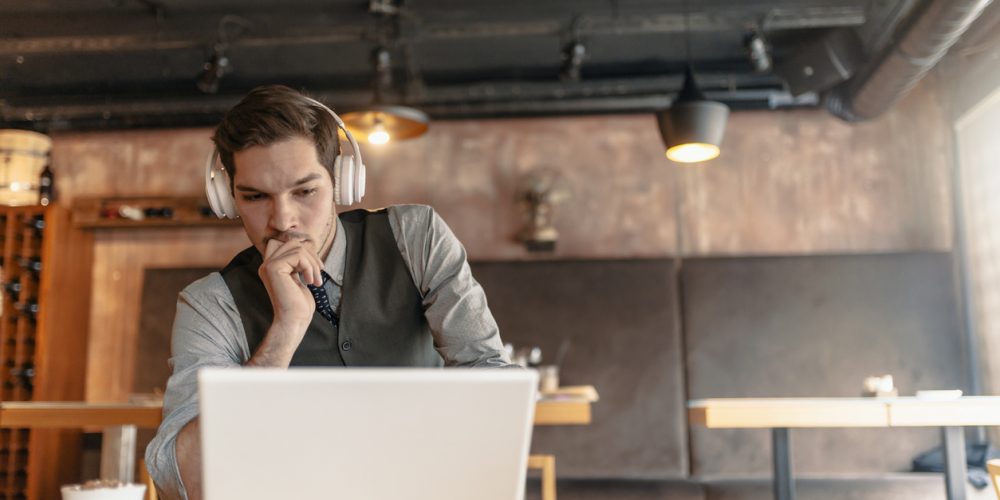 Even as the popularity of video-based learning grows, many organizations have stayed on the sidelines. Sometimes it’s a distorted view of how to implement a video-training program that keeps an organization’s leaders and training managers from turning the cameras on.

For these reasons, Sonic Foundry decided to conduct a national survey of employers with HR and CIO Dive’s Brand Studio to get to the bottom of why video training hasn’t caught on. The survey, 5 Myths About the Power of Video Training, reveals the biggest myths about video training that create barriers to adoption:

Here are the 5 Myths:

MYTH 1: Video won’t help them stay competitive. Just 2.4 percent using video and 4.7 percent of those with plans to use it within a year said respectively that they made the decision because of a desire to stay competitive. However according to the report, ignoring video’s potential to help an organization stand out is a costly mistake.

“One of our shining stars during the audit was our learning management system where we manage all the (video) content. The auditors told us that the way we provide e-learning for our staff is excellent innovation,” says Dian Webbink, Innovation Coordinator, MCL.

MYTH 2: Video initiatives don’t have to come from the top down to be most successful. Only 1.6 percent using video said the decision to adopt came from a leadership directive. But the report indicates that in order to truly create a successful video program, a cultural shift is required, and that is best coming from the top.

According to the report, when Dell began using Mediasite to train North American and South American sales and marketing employees, the training program lead sought the buy-in of CEO Michael Dell himself. This made it possible for the creation of the successful My Dell TV, Dell’s internal version of YouTube with training videos.

MYTH 3: Video won’t help their organizations save money and be more efficient. Thirty-five percent of respondents using video and 33 percent of those planning to within the next year said the top reason for implementing video training was geographically dispersed employees unable to attend in-person sessions. Plus, nearly 90 percent did not rank cost-effectiveness as their top priority in developing a training program.

Don’t disregard the power of video to streamline. The report reveals that three months into its video program, Dell employees had recorded and viewed more content than they had in the previous 18 months. Plus, Dell saw a 100 percent return on investment in 30 days, and employees, regardless of location, were on the same page.

MYTH 4: Trainers don’t want to be on camera. Of those with no plans to use video in the next year, only 2.7 percent said the reason was their trainers were resistant to being on camera. In this social media-centered world, camera shyness is in the past, and trainers are more open to being recorded after a bit of preparation.

In the report, Michael Stefonik, technical training lead at Sonic Foundry, says, “Training on video has a lot of the same principles as training in a classroom. It’s just that you’re talking to your camera or you’re talking to a computer screen instead of to a group of people. Trainers who are used to getting up in front of people can do exactly what they do ordinarily, and it’s still going to look natural.”

However, video is a highly engaging learning tool, especially relatable for today’s digital native learners about to enter the workforce, the report cites. With video training, learners not only benefit from the one-on-one interaction with content that makes it so relevant, they also gain knowledge through engaging group discussions and interactive assignments. As a follow-up assignment, for example, viewers could record videos of themselves performing tasks to demonstrate they understand how to apply the lesson to real-life situations.

“The modern learner wants instructional content available whenever and wherever it is most convenient and on any device. That doesn’t necessarily equate to taking time out of their busy work days to attend in-person sessions in a conference room,” says Rob Lipps, executive vice president, Sonic Foundry. “They want to learn, for example, during a commute, while they’re waiting in a checkout line or late at night after the kids are asleep.”

Lipps conclude, “Ignoring video’s potential to give an organization a competitive advantage, save time and money and improve communication can be a costly mistake in today’s video-based world.”