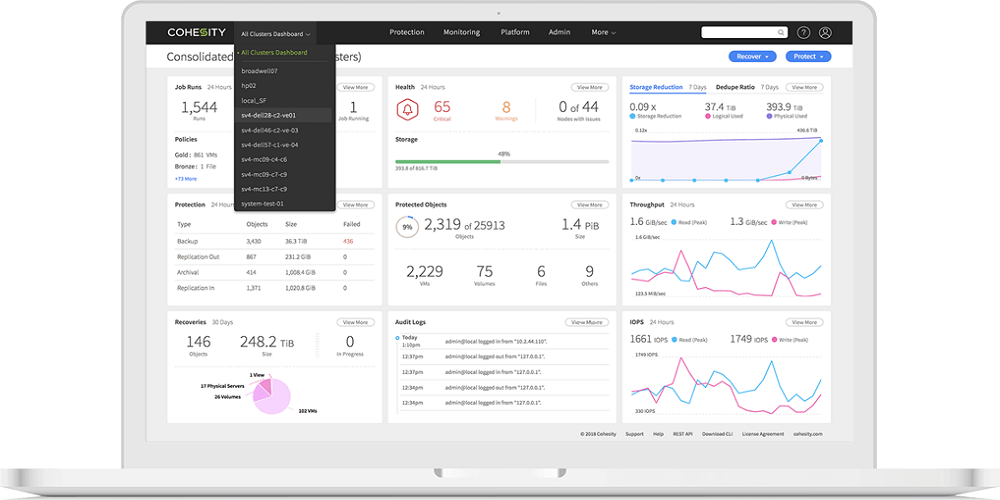 According the company, Wendy’s was looking for a modern approach to managing “complex and burdensome backup and recovery infrastructure.”

Its previous backup and recovery capabilities relied on a variety of products from providers that were “so complicated that it took a full-time dedicated IT staff person to manage and troubleshoot the process,” says the release.

Cohesity was evaluated along with several other solutions as part of a three-month proof of concept conducted by Wendy’s IT team.

The Cohesity PoC enabled the IT team to reduce backup times from 12 hours to two, and Wendy’s decided to deploy Cohesity across its entire IT environment, which includes one petabyte of data, approximately 850 Linux and Windows servers, and over 700 hundred VMware virtual machines (VMs), according to the release.

Wendy’s simplified administration by bringing the management of all backup data together in a single interface. As a result, the IT team freed up more than 15 hours per week of staff time (60 hours per month), which could then be spent accelerating other business-critical IT projects within the company, says Cohesity.

Related: Study Finds Perception Gap Between IT and Business Decision Makers on Data

Wendy’s was also able to automate processes and reduce costs. For example, when the IT team adds a new VM, it is now automatically discovered and assigned the appropriate protection policies through the auto-protect feature and integration with VMware vSphere.

In addition, with the help of Cohesity deduplication and compression, Wendy’s was also able to achieve an 18X reduction in storage space required for backups, helping the company reduce storage costs.

Overall, Wendy’s was able to realize several benefits with Cohesity: