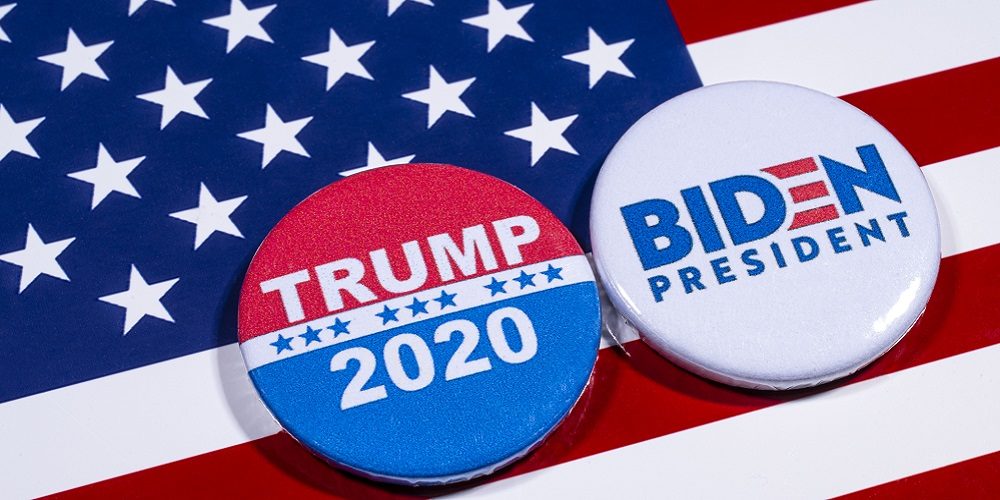 Remote work is now the norm for a large chunk of U.S. workers, but how does that translate into event production? Ask the folks who produced the Democratic National Convention last week.

Like countless other professionals that job was done remotely or in a makeshift workstation at home. Now, from a single location, try to filter in feeds from over 50 different cameras for a live event watched by millions.

That’s what Emmy Award-winning producer and director Glenn Weiss did from his living room. His fiancé took to Facebook to show the world his makeshift control room set up in his living room.

And, in an interview with Variety, Weiss and producer Ricky Kirshner spoke about the immense challenges and technical fortitude it took to pull this off.

In the interview, Weiss says it took about a half day to bring in and install all of the equipment he needed to do the job.

Judging by his fiancé’s photo, that included (at least from what we can see) five displays, an endless amount of cabling, two laptops, a tablet, a smartphone and some other devices we can’t quite make out. Weiss said that also included a backup generator to keep the show running in the event of a power outage.

We wanted to make sure that we had backup. We were going through my home internet, but we had brought in some cellular-driven internet for backup. We brought in a backup system for the intercom that was battery powered. We came up with a lot of different backups. But as we’re heading into rehearsal, that’s when the heat wave started out in California. It was a lot of conversation about rolling brownouts and blackouts and the power going away. So we brought in a little generator in my backyard ran a basic switchover system.

It really only needed to be running when we were live on the air. If, unfortunately, something went down during rehearsal, I’ll get on my cell phone and tell everybody and we’ll recover. It’ll be fine. But the production, rightfully so, wants to be very careful. They said, “We’ll plant somebody out in your backyard, they’ll sit there, wait, and then, they’ll start the generator.” I’m like, “Look, I can start a generator. Show me what I need to do.” So, literally, every day, 15 minutes before we go on the air, I go out to the backyard, and I’m pulling the cord, and pulling the cord. On the second day, I couldn’t get the f—er going.

Here are more insights into the technical challenges Weiss described:

And by anchoring it somewhere it became a technical challenge, because feeds from all over the country had to wind up in this brand new destination within our structure. We were always in Milwaukee, and then this added element came that was a very important element. It wasn’t just remote, it was something that lots of source material had to play through. So again, the logistics and the coordination, and the figuring that part out, nobody gets to see.

It kept changing. And we just had to amend and keep focusing. Now every piece of this structure that’s landing in Milwaukee needs to be fed to L.A., to the studio and some of the feeds are inbound, but the L.A. feed was inbound and outbound. So the job for the infrastructure got harder and harder as we went, but the team rallied and really stayed with it.

The normal production process involves a lot of collaboration and in shared spaces, but that of course wasn’t possible in the age of COVID-19, Weiss told Variety.

Weiss: The other thing to add to that is on a normal production we are in shared space. Since COVID came along and the very few shows have gone on have modified their spaces and people aren’t occupying tight quarters anymore. So within a building, people are being spread out and depending on an intercom or PL. And as a result, we made that just a little bit more exponential. And I’m calling a tape roll from Los Angeles, the tape is actually rolling in Milwaukee feeding a screen in a different studio in Los Angeles and then going to TV. But all of those layers along the way, we’re talking on a headset like they’re in the next room.

Like if I’m doing the Tony Awards in Radio City and I’m in a truck outside Radio City, I call a tape roll, the person who’s rolling the tape might be in the same truck, but he’s not in the same compartment and I wouldn’t see him, I’d only be speaking to him on a headset. Same concept. We’re on a headset, we’re just not within the same space. And that’s what made it work. The engineering of the communications infrastructure.

It sounds like just really any other live television you’ve done in the sense that you’re on headsets so it doesn’t matter where you are.

Weiss: Adaptively speaking, yes. In other words, we all get in that mindset that, okay, now we’re in a show, put on a headset, start looking at a monitor and you’re in your element, you’re in your zone. And that is true. The difference is that we dress rehearse the Tony Awards and then we all gather around the monitor and give notes to each other and talk. And that in the virtual world of production is the hard part.

Can’t necessarily gather and share notes, so you’re gathering on either a Zoom call or continuing the conversation on a headset, which is effective, but I’m not going to lie to you, I miss being able to gather the troops and have a pep talk or a note session because it’s a part of the whole team process of production.

We’re all getting a little tired of talking to our coworkers, customers and clients on a little window on our screens, but AV and IT are truly helping us stay connected and live as normally as possible.