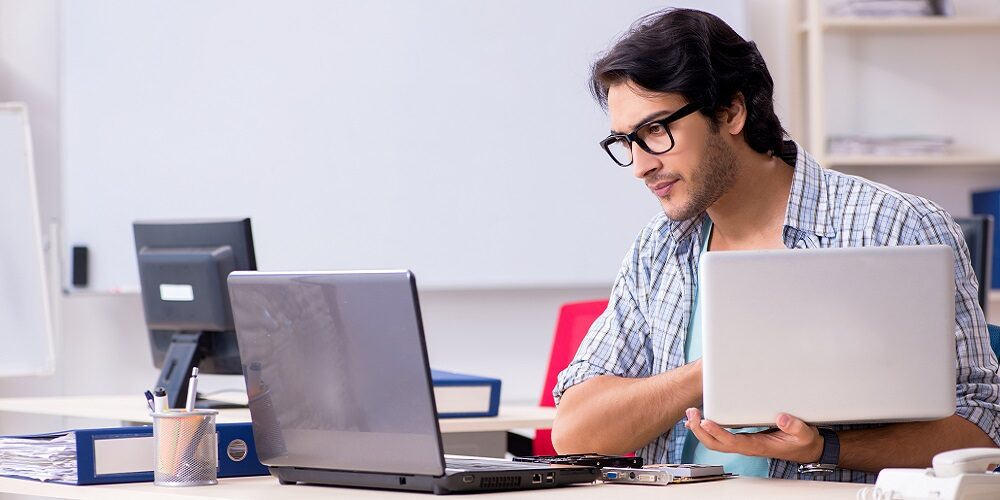 It took me just a few months into writing about the world of IT to realize that I was the annoying end user that admins love to complain about.

I looked for ways to communicate with my organization’s IT professionals outside of the preferred channels, I asked for urgency with every request, used my work computer and email for personal use, and generally ignored basic technology upkeep principles.

I’ve only been covering IT for about two years, and I have finally seen the light. Based on conversations with IT professionals (like Martin Caballero, Jr. System Administrator at Dashlane), social media posts (r/sysadmin, specifically) and more, here are some really annoying end user habits that you should instruct users to avoid.

Messaging on Slack, Teams instead of filing a ticket

I need to apologize to my company’s admin for this one. Instead of filing a ticket with the service desk and elevating the issue to an entire team of IT professionals, end users prefer the more direct route of contacting admins through messaging apps like Slack or Teams. However, admins are incredibly busy and can miss these messages entirely. Further, a ticketing system allows the IT department to track issues across the entire organization and note the outcome so they can apply the same fixes if the issue comes up elsewhere.

Tickets are generally worked through based on severity and time of submission, which means that more urgent requests get first dibs. Users (myself included) want their issues resolved ASAP, but there can be much more pressing issues admins are dealing with, like ransomware, patch management, or down services.

Read Next: What To Do When End Users Won’t Complete Cybersecurity Training

In addition, tickets need to be as detailed as possible so IT can assign the right people to the issue. A ticket simply saying “My email doesn’t work” does not even come close to cutting it. Users should be as thorough as possible and list the tools impacted and what error messages they were receiving.

Using systems for personal use

Other than obviously being unprofessional, using work-issued computers or email accounts for personal use can introduce cyber risk to the organization, especially if the user is using unapproved apps or visiting potentially unsafe websites. Further, this indicates the user is way too casual with their work-issued tech, which means they aren’t focused on cybersecurity.

Pushing off those important updates

I too am guilty of this, but I have made a note to be a little better. In addition to making systems run smoother – thus reducing the number of tickets filed – updates routinely patch vulnerabilities that hackers can exploit to gain access to your organization’s systems. If this is a problem at your organization, consider forcing users to update.

Do you have any frustrating end user habits you want to add to the list? Email me at [email protected].