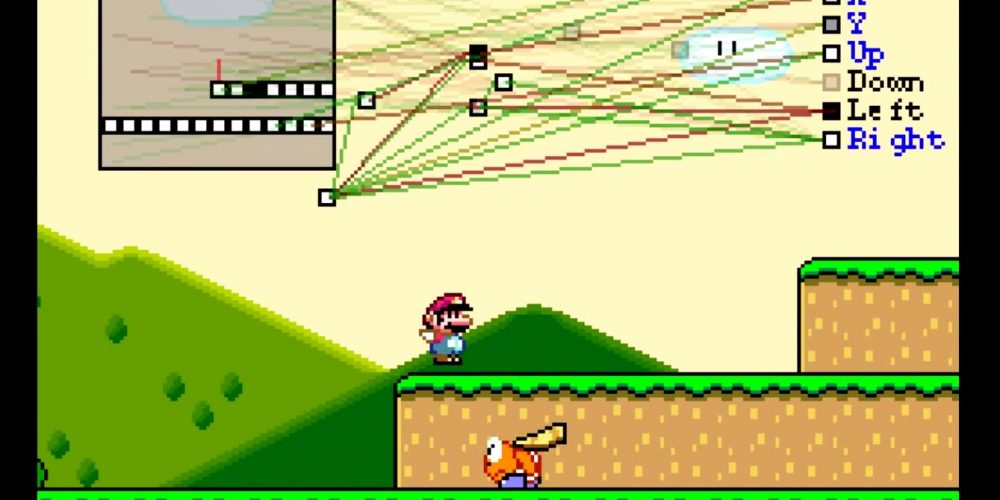 Starting from absolutely nothing, the AI was tasked with teaching itself to traverse the level without dying. The machine could die thanks to falling down holes or running into enemies. The only information the AI was given was the buttons that cause Mario to move left, right, or jump.

Related: How One Company Successfully Integrated Artificial Intelligence Into Business

The learning method SethBling chose for MarI/O was a neural network that could evolve through different generations of gameplay. According to Hackaday:

A neural network simply takes an input, in this case a small graphic representing the sprites in the game it’s playing, sends that input through a series of artificial neurons, and turns that into commands for the controller. It’s an exceedingly simple neural network – the network that can get Mario through an entire level is less than a dozen neurons – but with enough training, even simple networks can accomplish very complex tasks.

So the neural network experiments with different buttons in order to avoid obstacles and finish the level. At first, the AI doesn’t move at all. After learning that not moving will get it killed, it begins to move. When it encounters an obstacle that destroys it, it starts over and attempts a new sequence of buttons to avoid the obstacle. The AI continues to build on its knowledge until it finds the sequence to avoid all obstacles and complete the level. After 34 generations the AI was able to complete the level without dying.

It’s relatively rudimentary, but a great example of how artificial intelligence can be put into niche and unique processes in order to automate them. An AI is able to teach itself though this neural network process and learn the best ways to complete tasks. Your organization might not need AI to play video games, but think of how it could be taught to navigate customer service requests, organize and order supplies, and more.

Just make sure you give it some time to learn first.