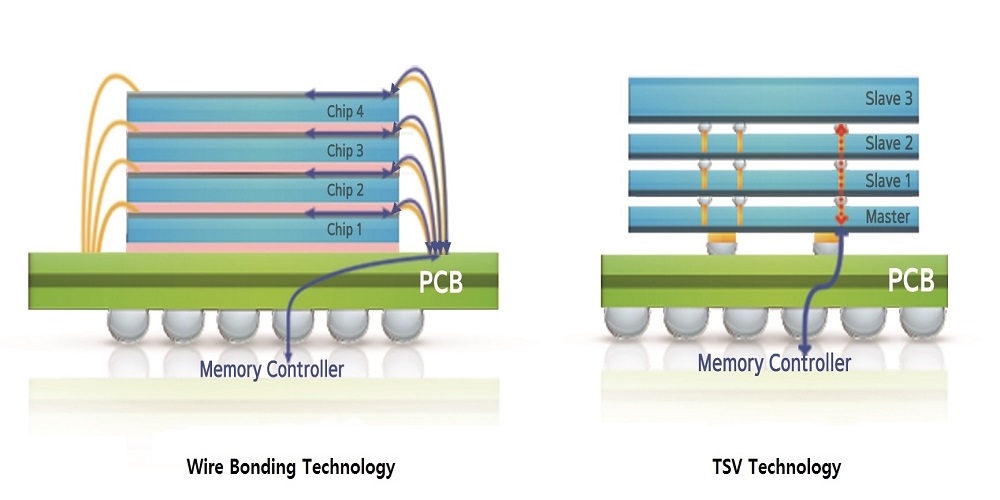 Samsung has developed what it calls an industry first 12-layer 3D-TSV chip packaging technology that will allow customers to release newer generations of high-performance products without having to chance system configurations.

The electronic device manufacturer said it solved one of the most challenging packaging technologies for high-performance chips.

Pinpoint accuracy is required to vertically interconnect 12 DRAM chips through a three-dimensional configuration of more than 60,000 through-silicon vias holes, each of which is one-twentieth the thickness of a single strand of human hair.

The thickness of the new chip remains the same as current 8-layer high bandwidth products, which Samsung called a substantial advancement in component design.

With the new 3D-TSV chip, Samsung said it offers the highest DRAM performance for applications that are data-intensive and high speed.

Read Next: Samsung and Fuze Develop Mobile Solutions for the 5G Era

Now, the company is eyeing 24-gigabyte high bandwidth memory, with produces three times the capacity of the standard 8-gigabyte product on the market today.

In a statement, Executive Vice President of Test & System Package Hong-Joo Baek said the role of this new technology will become even more critical as Moore’s law – an observation made by Intel founder Gordon Moore in 1965 that predicted the number of components per integrated circuit would double ever year – reaches its limit.

“Packaging technology that secures all of the intricacies of ultra-performance memory is becoming tremendously important, with the wide variety of new-age applications, such as artificial intelligence and High Power Computing,” he said.

Samsung also said it will be able to meet the rapidly growing market demand for high-capacity high-bandwidth memory solutions with the new chip technology.

The company’s newest innovation is in a market that is prime for growth. According to Zion Market Research, the global 3D TSV market is expected to reach $36.5 billion in 2024.