It’s clear that the public sector faces an enormous task in attempting to modernize its record management systems. Government agencies’ existing document management processes require manual execution and are thus labor intensive and prone to failure, introducing additional cost and uncertainty to interactions with the public. Over time, this uncertainty gives rise to public frustration.

Public sector employees are sometimes derided in the popular media (we have all seen the stereotype of the oft-maligned DMV worker), but the truth is more nuanced. Many government record processing systems were designed before the digital revolution, and legacy processes have since been digitized, but not automated. While this may be more efficient than handling paper records, non-automated document processing is still tedious and slows many of the public sector’s most critical functions. Government information systems are quickly beginning to show their age, with their growing pains manifesting in unexpected ways, particularly with regard to cost.

Governments are often criticized as inefficient (compared to the private sector) – just think of how many politicians say that they are going to “treat government like a business” and eliminate the ever-present financial sinkholes of waste, fraud and abuse. In some cases, supporting constituents and working efficiently were treated as mutually exclusive goals, causing public projects to balloon in cost, with the idea being that if constituents are to be served effectively, the only response is to “throw money” at the challenge. Records keeping and public transparency laws, while essential to the public trust, only exacerbate the challenges for the beleaguered public sector, requiring deeper audit trails and other compliance capabilities. Basic record processing can take weeks or longer as files are copied, transported and approved by hand.

Information is the lifeblood of any company; how reliable is your storage and backup system? Keep your data safe and accessible. Download your copy of “Tips for Buying Storage and Backup Technology” today.

Businesses often complain about the difficulty of adhering to regulatory mandates, but the true hassle of compliance lies not with adjusting business practices, but communicating with the government. Especially where businesses are required to obtain government approval or documentation, these interactions can stagnate. For example, many cities enforce building codes that reserve the right to review new construction to ensure it a) is consistent with the neighborhood’s existing buildings and b) isn’t an eyesore.

However, this process can be applied for any renovation, from replacing an exterior sign to completely demolishing an office. Paired with poorly documented, highly manual review processes, renovation can become a major pain as projects are held in limbo pending the city’s approval (with little to no transparency along the way).

Citizens’ interactions with their governments are similarly strained. Obtaining vital records can be an exercise in extreme patience, requiring hours in line at a government facility followed by an indeterminate waiting period. When tracking information is available, it often fails to reflect the government’s internal document management process, leaving the public in the dark. With modern document management solutions, governments can interact with the public more quickly, uniformly and clearly. This clarity also contributes to a more honest government, removing the whims of individual government employees from the regulatory enforcement process. 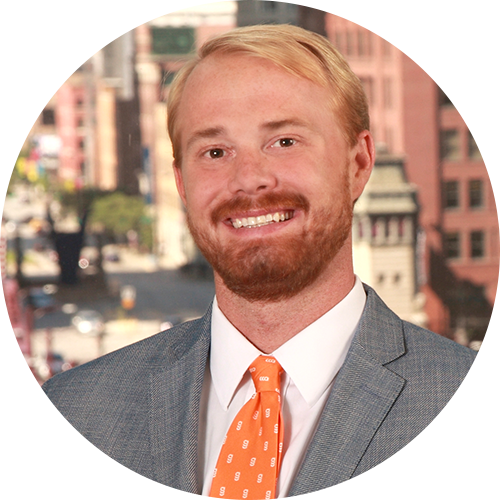 As the chief strategy and alliances officer at SpringCM, the leading the leading document and contract lifecycle management platform in the cloud, Erik has been developing new products and bringing them to market for 20 years, resulting in hundreds of millions of dollars of exits and revenue generated.

Entirely digital, standardized document management practices can significantly mitigate this risk. When record handling is fluid and automated, it’s easier to detect and remedy unexpected deviations from established protocol. In this way, governments are also able to more effectively monitor and conduct internal investigations. Inconsistencies can be flagged instantly and sent along for review, transforming ethics guidance from a reactive to a proactive process, mirroring the private sector document management transformation.

Bringing Automation to the Public Sector

Businesses aggressively pursued document workflow automation over the past few years, and it’s time for the public sector to join the charge. Beyond simply working more efficiently, governments can reduce subjectivity in enforcing regulations, increase transparency and shrink costs by bringing automation to their document management procedures. The public sector doesn’t have to accept its reputation as a bloated and inefficient behemoth; modernized document management can go a long way to rehabilitate their image and better meet budget and performance goals.