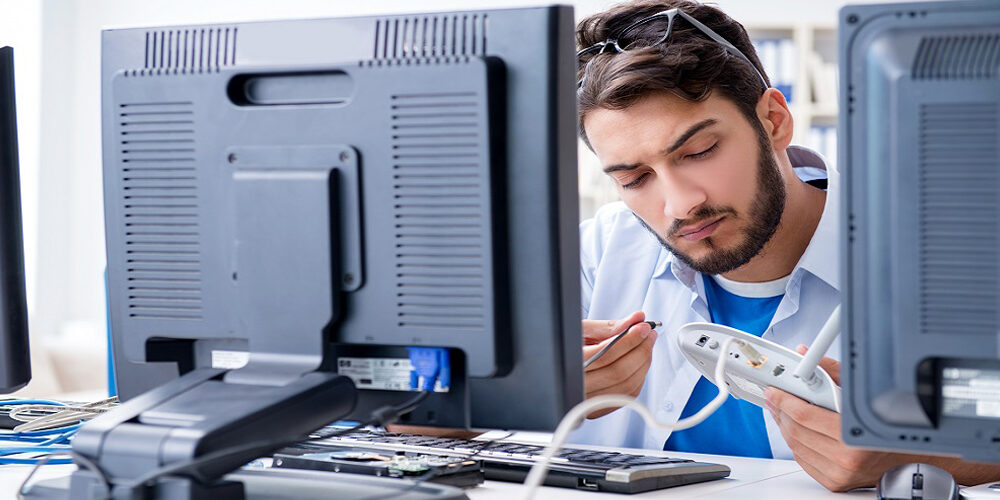 As IT professionals, your job is to help non-IT folks use technology to help them do their jobs and run an organization.

However, most of those non-IT end users haven’t had the technical education and training you probably had—not to mention the many technology certifications you have added to your resume. That can create a divide between the highly trained and knowledgeable IT staff and some end users that aren’t as technically inclined as their tech-savvy coworkers.

That skills divide between IT and end users can create some frustrating situations for technologists tasked with helping the end use of the technology deployed by the organization.

Assuming the end user actually filed a ticket, here are some examples of helpdesk tickets and other IT requests (sourced from the r/sysadmin subreddit) that can frustrate any IT professional.

Depending on your organization’s policies, access to streaming services like Netflix, Disney+ and others may be restricted while on the corporate network. However, one Redditor told r/sysadmin that his CEO opened a ticket to bypass those policies. Those policies exist to ensure productivity and security, so end users—regardless of position—should be told to wait until they’re on their own devices at home to access their favorite streaming services.

Some Redditors told r/sysadmin that dealing with some helpdesk requests should be handled with care and empathy, especially when the solution is so simple that it could embarrass the end user. For example, one IT professional who works in education says a teacher called panicking that a teacher station wasn’t working. However, the only issue were dry erase markings on the screen. After wiping the marks away, the IT pro tried to avoid telling the teacher the problem in front of the entire class to avoid embarrassing the teacher.

The COVID-19 pandemic forced organizations to think differently about their workplace strategies, with many organizations adopting a remote or hybrid work model that allows employees to live and work from anywhere. However, not every location in the world has access to reliable internet connection, leading some Redditors to tell stories about the company having to support employees that moved to remote country locations with expensive wireless hotspot plans.

For obvious security and ethical reasons, access to adult websites is usually blocked on the corporate network. However, that hasn’t stopped some end users from filing an IT ticket complaining that “some websites” are blocked. In a few cases, r/sysadmin members say they asked the end user what websites they were talking about, but never got a response.

Why we invest in cybersecurity.

Multiple Redditors say that many of their end users routinely complain about cybersecurity measures like multi-factor authentication and phishing simulations. According to one IT pro, one of their users—an assistant superintendent at a school—always falls for phishing exercises and is subject to more cybersecurity training after each failed test. That has led to complaints that IT is picking on this user, which were rebuffed by the school board. Another IT pro says their organization’s former CEO was such a cybersecurity liability that he was not allowed admin rights on any computer not controlled by IT. Now, his requests to gain privileges have to go through a third-party consultant to determine risk.

These soft skills can help you navigate issues like these.

IT can be a frustrating job, especially when end users have a hard time understanding why certain policies are put in place. However, My TechDecisions has identified three crucial soft skills that IT professionals will need going forward–all of which could help you navigate requests like these.

Download our guide, “Three Soft Skills IT Pros Need in 2022 and Beyond,” here.