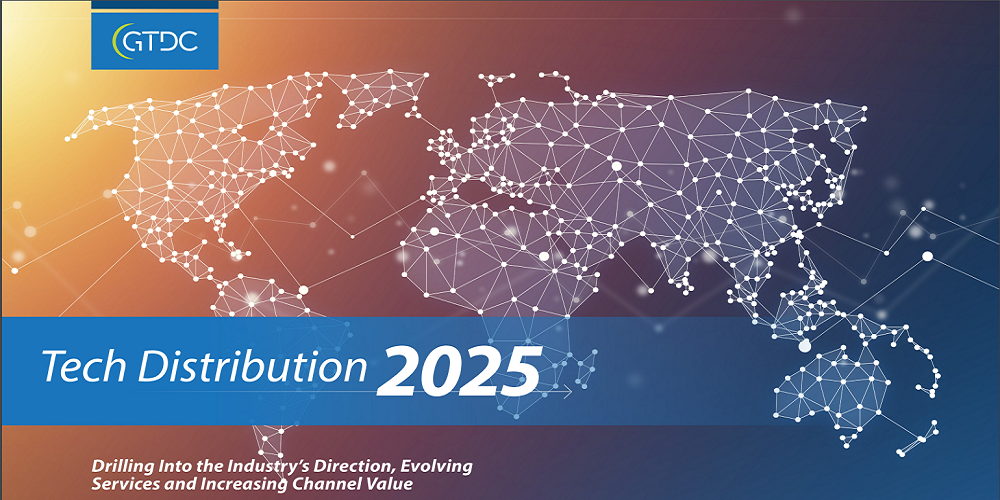 Distribution will continue to be an integral part of the technology industry, particularly for IT providers and technology managers.

According to a new report, Tech Distribution 2025, from the Global Technology Distribution Council, distributors are becoming more interconnected and instrumental across a variety of technology market segments and are playing an increasingly vital role in multi-channel success.

In a press release, GTDC CEO Frank Vitagliano said the report was commissioned to get a complete end-to-end picture of IT distribution, including where the industry has been to where it is headed in the years ahead.

“Until now, the GTDC had not yet explored in aggregate each of the industry dimensions depending on distributors,” he said. “Among other findings, we learned that the level of engagement and planning with distributors goes considerably deeper and broader than in past years.”

The study, based on surveys and interviews with more than 50 tech executives across various industry segments, found that technology distributors are not only keeping up with trends in AI, machine learning, cloud, technology services, IoT, security and analytics, but are also crucial to the modern technology industry.

According to the study, 61% of survey participants said they anticipate their business growing more than 10% though 2025 via distribution.

“In many cases, based on industry interviews, the various sectors engaging IT distributors expect corresponding indirect sales to outpace direct business, if applicable,” the study said. “This represents a sea change where many companies had previously emphasized going direct, yet ultimately learned it was much more efficient and cost effective to leverage distributors and their channel customers – especially in reaching and serving small or midsize businesses as well as larger enterprises in niche vertical markets.”

According to GTDC, Virtual warehouse support for SaaS and cloud solutions were ranked highest int terms of importance among other distribution core competencies that continue to evolve.

Survey respondents said the distribution industry needs to evolve along with big tech, ranking security, cloud and AI practices as the three most important technology areas in 2025.

IT managers and service providers should continue to look to distributors as the industry will continue to meet the needs of an increasingly connected as businesses scale.

“Solution and service innovations will remain a central force, particularly given the historically demonstrated agility and go-to-market value of distributors over the past 85 years,” the study said. “Both upstream and downstream constituents agree on the needed services, and the distribution industry is fast at work to deliver those services.”