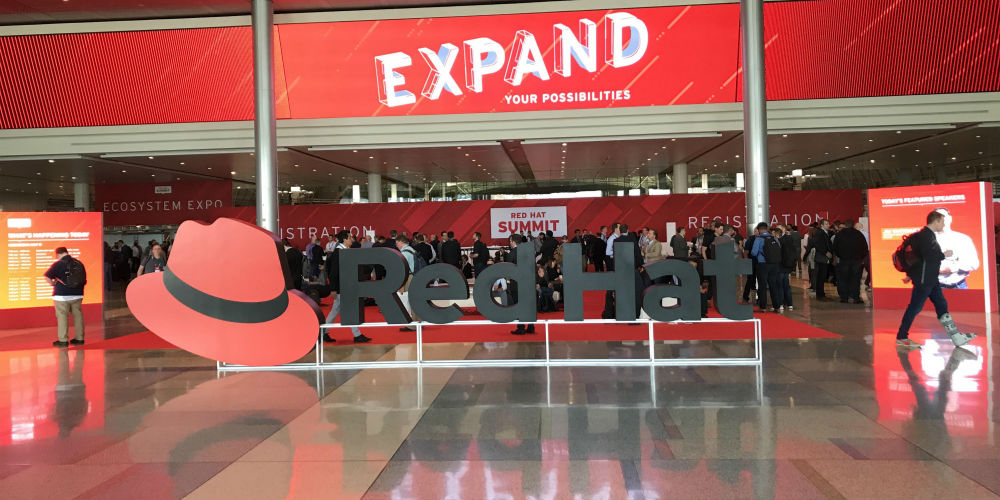 Perhaps I’m showing my ignorance of the industry here, but when I decided to attend Red Hat Summit 2019 in Boston, MA this week I wasn’t ready for the experience I was walking into. I expected a typical trade show – booths, sessions, a keynote at the end of the first day in a modest ballroom. I attended the show because it was local – and I’m glad I did. It turns out that our audience is crazy about open source.

I arrived for the keynotes on the first day, waited for the doors to open, and followed the crowd. We skipped through the tradeshow floor, now dark and roped off, and suddenly I was in a long, dark hallway, crossing beam-lights making “X” shapes for the crowd to walk beneath. The sides lined with tables full of wine and beers for the crowd to enjoy. At the other end the keynote stage – seventy feet across at least, with the largest video wall perhaps forty feet long by ten feet high, flanked by two ten by ten video walls. A lone DJ on stage playing everything from Cardi B to Stevie Wonder.

Thousands were in the crowd, and each seat held a dedicated bracelet that would eventually light up along with the show. Was I at a technology show? A rave? A rock concert? I wasn’t sure until Red Hat CEO Jim Whitehurst stepped on stage to discuss the theme of this year’s show – Expand Your Possibilities.

Clearly Red Hat Summit was much more than I expected, and that was proven further as the keynote sessions continued. Read on to learn more about the insights and understanding coming out of the keynotes from Red Hat Summit 2019, company by company – specifically how these companies used open source to improve their organizations:

*IBM is currently in the process of purchasing Red Hat 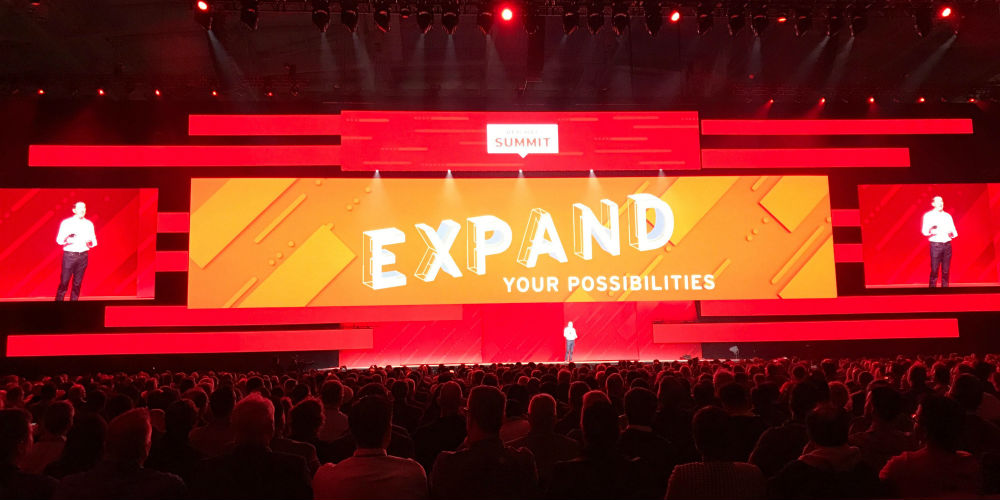