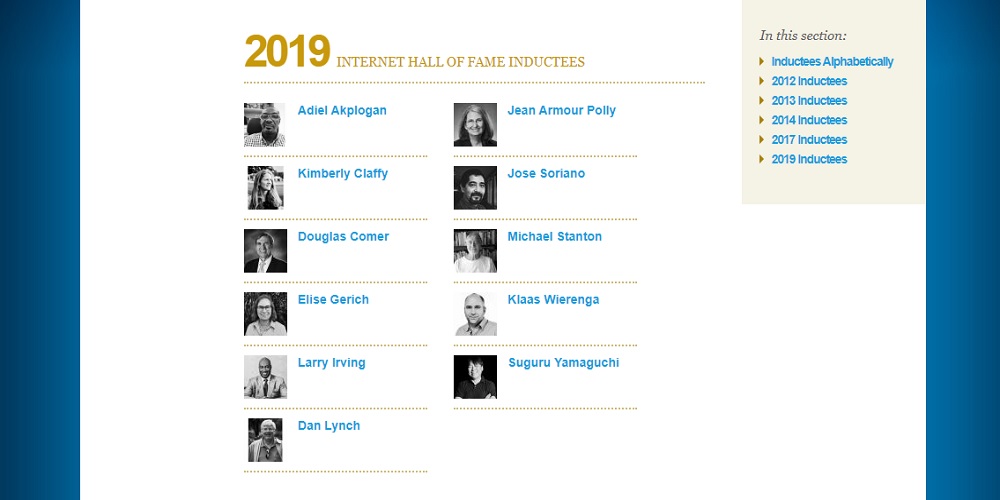 The Internet Hall of Fame has announced the names of eleven pioneers and visionaries who have made contributions to the Internet’s global growth, reach, and security.

Hailing from around the world, this year’s inductees now join other Internet luminaries in the Internet Hall of Fame.

They have helped shape today’s Internet by expanding its reach into new regions and communities, pioneering a greater understanding of the way the Internet works, and enhancing security to increase user trust in the network.

The Internet Hall of Fame 2019 Inductees are:

“The Internet’s design has always enabled people to see a problem, and get to work on solving it,” noted Andrew Sullivan, Internet Society President and CEO.

“This year’s inductees have given us all great gifts of their creative approaches to issues they saw on the Internet. We can take inspiration from them to tackle the next round of challenges.”

Read Next: Ultra-Secure ‘Quantum Internet’ is Now More Possible Than Ever Before, Thanks to the Qutrit

The Internet Hall of Fame recognizes individuals worldwide who have played an extraordinary role in the conceptualization, building, and development of the global Internet.

In addition to those who have been more visible, it recognizes those who have made crucial, behind-the-scenes contributions. Inductees are selected by an Advisory Board of past inductees who guide the long-term planning and direction of the program.