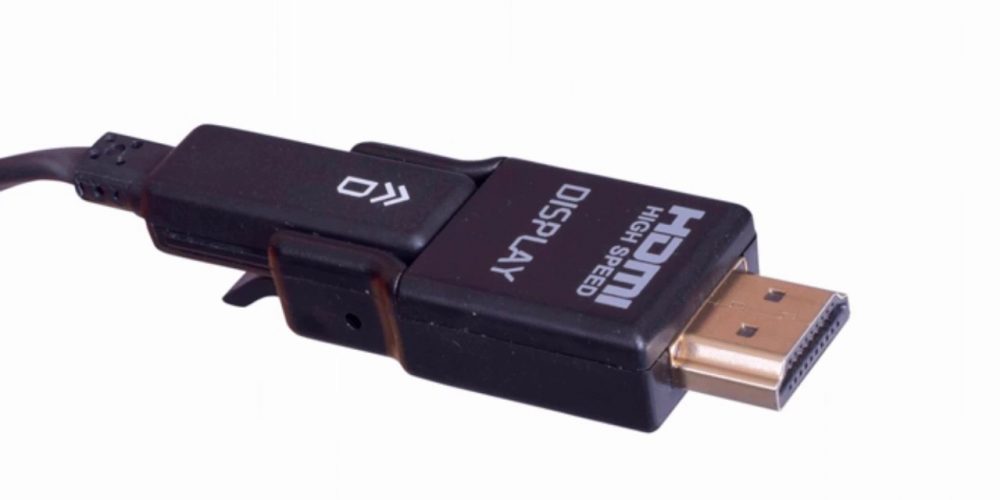 Maybe it’s the need to transport more data. Maybe it’s the increasingly high video distribution demands. But there is a “phenomenon” occurring in the world of AV by which AV integrators are increasingly embracing Active Optical Cables, according to Frank Graziano, CEO of Chromis Fiberoptics.

Active Optical Cables are now viewed by integrators as alternatives to as well as complements to other high-speed AV signal distribution technologies like HDBaseT, AV-o-IP, SDVoE and passive and active copper wire cables.

The embrace of Active Optical Cables started in the data center world, Graziano says in a video interview with Commercial Integrator. In those applications data rates were getting higher and higher at a quicker rate, going from 1G to 10G to 25G to 400G backbones, he recalls.

The AV world is taking a “parallel path.”  With the “need to move more data from the same pipe over longer distances, copper becomes less of a preferred medium for that transmission,” Graziano says.

“It’s happening in the data center where you have copper being displaced by optical links that is now happening in AV. It really is a technology that integrators and customers have to pay attention.”

How Does Active Optical Cables Fit In?

Many of today’s conversations about AV networking center around HDBaseT, SDVoE and AV-over-IP. Each of those solutions “come with their pluses and minuses,” Graziano says. Some require coding or decoding to dictate compression or decompression of the video signals. There can be latency issues.

“The nice thing about an Active Optical Cable,” he says, is with some balens solutions you can have an optical link video going uncompressed over the distance from the source to the display without latency issues.

“You’re getting a full experience of the original content. And Active Optical Cable has the benefit of just being really simple. It looks externally like an AV cable. It has an HDMI, for example, plug on one and [another HDMI connector on] the other.”

There’s “a lot of magic going on between those connectors,” says Graziano, but “from the integrator standpoint they don’t need to know anything about fiber to use the solution.”

Watch the video to hear more from Graziano on Active Optical Cables in AV.