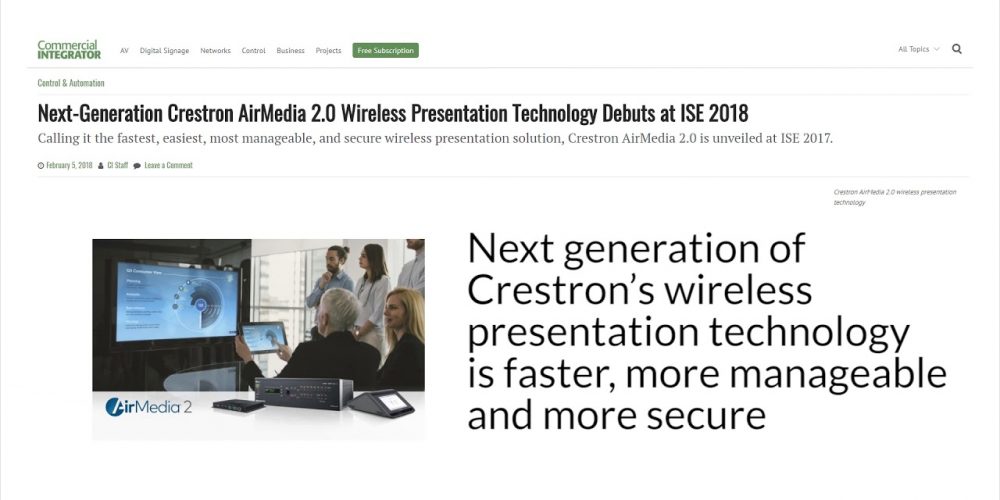 Integrated Systems Europe is the largest pro AV trade show in the world. It’s no surprise, therefore, that there are countless new product innovations at ISE 2018, February 6-9 in Amsterdam.

In our short video, we run down some of the key products already announced at ISE 2018.

The new Leyard VersaLight Series of modular LED displays, which is designed for digital signage, aims to broaden Planar’s market presence. The VersaLight Series of indoor and outdoor LED digital signage displays comes in a variety of pixel pitches from 2.5 to 8 millimeters and reflects a strategic move for Leyard and Planar. “Where Leyard has been really strong from the beginning was fine pitch,” says Steve Seminario, VP of product marketing, Leyard and Planar.

InFocus Corporation recently announced the creation of Jupiter PixelNet 2.0 video distribution system, which company officials call “a significant update to the award-winning Jupiter PixelNet solution.” The new distributed display wall system “increases the density of processing power, connecting more sources and displays to a single input or output node, while providing centralized control to support a wide variety of installations with live audio and video, streaming data, and other real-time sources of information for control rooms, conference rooms, lobby displays, offices and classrooms,” according to InFocus.