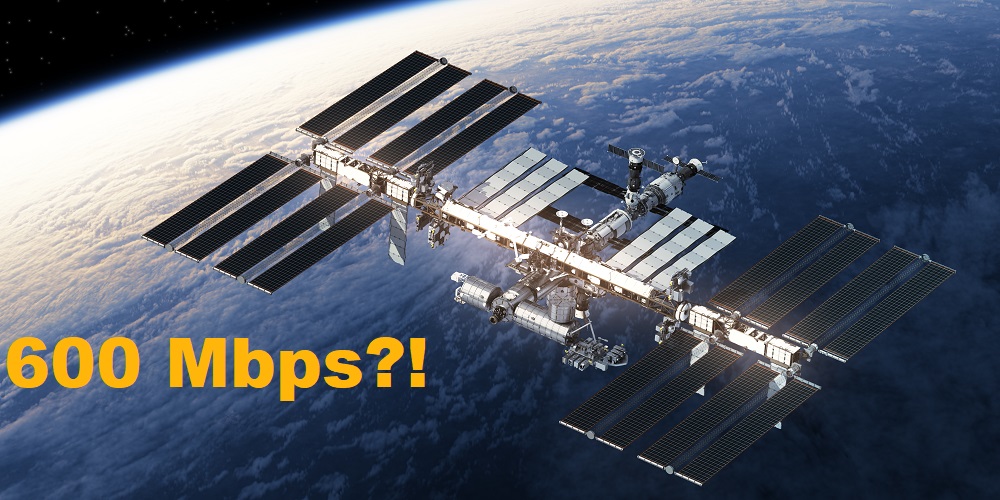 According to a recent Slashgear article, the International Space Station recently received a boost… no, not to their rockets, but to their broadband. The floating expedition now enjoys a hefty 600 Mbps data rate, double their previous rate.

The Space Network is what governs comms between the station and Earth. It’s basically a series of antennas on Earth and satellites in orbit, which relay data from the station to NASA centers.

These centers, the space agency explains, feature computer systems that convert the radio signals into readable data, a process that is reversed when teams on Earth need to send data to astronauts on the ISS. Though the process is extensive, NASA says it takes less than a single second to pass data between the ISS and its ground systems.

Related: The Last Month Was a Real ‘Fustercluck’ for the Internet: Here’s Why

This project demonstrated that advanced radio frequency waveforms can be used efficiently to increase data rates and improve performance for high-rate communication services. Operational use of these advanced waveforms proves that they can also be used for future missions, such as on the Gateway, a small spaceship that will orbit the Moon and provide a stepping stone to human exploration on Mars.

So… next time I complain to my boss that our slow internet is going to send me into orbit, maybe he’ll tell me I should be an astronaut. He wouldn’t be wrong.