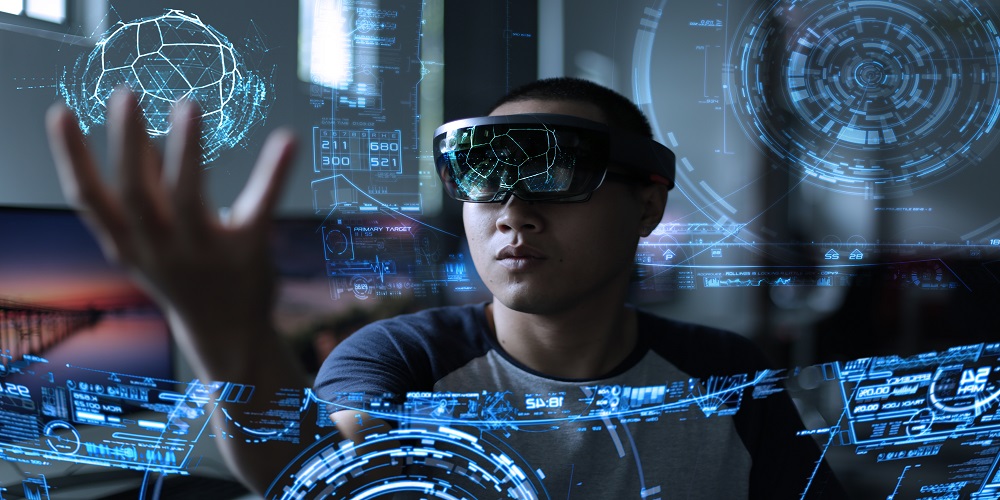 There is little argument that automation, artificial intelligence, and other innovations will revolutionize the way that we think about “work.” In fact, some believe that the entire concept of “work” will be reimagined and re-examined in the near future, once industrial VR applications take root. In fact, “work” is already changing, and augmented reality (AR) and virtual reality (VR) are playing a significant role in that change.

For those who might not be fully aware, virtual reality refers to a fully immersive environment for the user, while augmented reality can “enhance” reality for specific reasons and objectives. There are already large corporations and small businesses that are preparing for this shift, as well.

Here are some of the ways in which industrial augmented reality and virtual reality applications will change the way that work gets done in the near future.

First and foremost, augmented reality will change the way that meetings are conducted. We all might understand that videoconferencing is essential to large corporations because of the fact that they might have interests all over the globe, but augmented reality will allow for a new level of collaboration with respect to various projects.

If media needs to be viewed by all participants, augmented reality can allow for that capability.

A random wall can now act as a virtual “whiteboard” for a meeting, as well. Augmented reality may not only bring a new “excitement” to work meetings and videoconferencing, but it can help provide more context and information to a meeting that might not previously have been there.

It doesn’t matter whether you need to immediate share a 3D model or a contract with employees thousands of miles away; augmented reality can make this happen quicker and more efficiently than ever, which will lead to increased productivity.

Though it might sound outdated, there are plenty of jobs and situations that require a user manual. Augmented reality allows for digital information to be superimposed on the real world and provide new perspective and context to training.

It’s also a great way to make sure that new employees are completely engaged in the training process.

There are always organizations that require onboarding, which can be confusing or awkward for new employees, as a veteran employee might quickly explain aspects of the workplace needs to understand. Augmented reality can allow for a workplace to be “unlocked”, and virtual instructions to be given in a clear manner that can continually be accessed.

In fact, it seems very clear that an automated augmented reality training experience could end up saving organizations a tremendous amount of money and time. There is also the idea of “performance

support” for various occupations. It doesn’t matter if you are a repairmen or a doctor – the idea of accessing real-time data through either industrial VR or AR can help with overall training and performance, and enhance your capability as an employee.

The Future Of “Retail”, Design, and Marketing

There are many companies that struggle when it comes to conveying a message to the consumer, which is why so many marketing and advertising dollars are spent on trying to educate and convince customers about the values of their goods and/or services.

Both augmented reality and virtual reality will allow consumers to potentially find out more information simply by pointing their smartphone at a product, for example.

Imagine if a grocery shopper is only interested in gluten-free products.

This will undoubtedly change the way that retail employees work, as augmented reality might help communicate information that allows for retail employees to handle other tasks and achieve other goals.

Joseph Zulick is a writer and manager at MRO Electric and Supply.

There are companies that might be able to highlight certain products for discerning consumers.

For example, let’s say that you are vegan. What if you walked into a grocery store, and augmented reality, through the grocery store’s app, would help you use your devices to find out which products were vegan or not.

Similarly, there could be a virtual reality headset, where you put on a headset, and vegan products can be highlighted to consumers.

This can clearly make for a more pleasant and productive shopping experience, and will also change the way that product designers and marketers work, as well, as they will have to take this into consideration.

There are already companies that are utilizing AR to allow shoppers to “try out” their products. One obvious example is IKEA, a well-known multinational company that both designs and sells furniture.

The IKEA app literally allows users to “place” furniture in their homes, using augmented reality, to find out whether furniture might be compatible with a certain room.

We all live in reality, but that reality is changing because of technology. There are many companies that are already developing industrial VR/AR-related services, and the truth is that the global industry is only growing, expected to hit over $800 billion by 2025.

It doesn’t matter whether we are speaking about the media/entertainment sector, the retail sector, education sector, or the tech sector – both industrial VR and AR will be implemented more than ever in the coming years.

Work is already changing, in the sense that it is becoming more “flexible” than ever.

Millennials are becoming a more important factor in the workplace than ever before, and flexibility is something that they are prioritizing more than ever, whether it involves working from home or hours that they can adjust.

While time will tell exactly how AR and VR industrial applications will reshape the way that work gets done, whether it involves training, repair, design, or otherwise, one thing is for sure: it will be reshaped, and this reshaping is already underway.