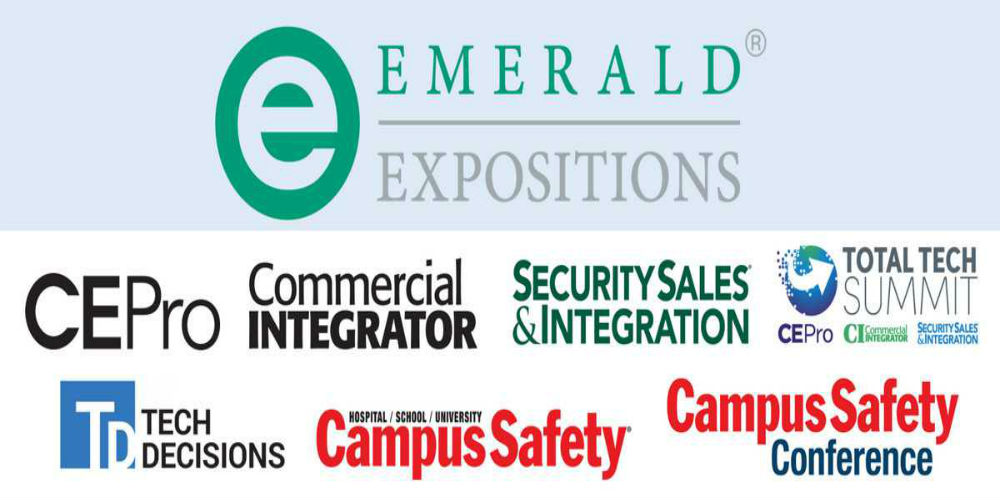 The B2B trade show company, known to many in the AV industry since acquiring the CEDIA trade show in January 2017, announced the acquisition this morning.

At CI we pride ourselves on our coverage of the market’s mergers and acquisitions and today we have the surreal challenge of covering this one in the first person. I’ll start by attempting to answer questions that I suspect our audience might ask (and I know I’d ask).

I don’t see why not. From what I understand Emerald Expositions recognizes growth opportunities for all of the brands that it has acquired from EH Media and that it sees the thought-leadership and market presence established by each brand’s editorial teams as key components.

This may come off as naive. There is obviously a great deal of uncertainty.

Based on the evidence in front of me now, however, I expect to continue to work with CI’s editorial staff of editor-at-large D. Craig MacCormack and web editor Adam Forziati; TD managing editor Jonathan Blackwood; CI’s outstanding art and production teams; and the editing teams of CE Pro, SSI and Campus Safety.

Again, I don’t see why not. Publisher Ray Lyons and publishing reps Shawn Tobin and Chelsea Cafiero are integral to CI’s and TD’s brands. In 2018, both brands are performing well. The growth opportunities that Emerald Expositions recognizes in CI and TD are very linked to the work of these sales professionals.

Who is Emerald Expositions?

Does the sale of Commercial Integrator and TechDecisions by EH Media come as a surprise?

I can only give my perspective. I’m not completely surprised that EH Media sold these brands, but this isn’t based on any actual information provided to me.

I remember a company luncheon about seven years ago when EH Media president Ken Moyes invited employees to ask anything they wanted about the company. I asked Ken what his exit plan was and if he was actively looking to sell the company.

Of course, at that time the U.S. economy was emerging from a recession. It probably wouldn’t have made a lot of sense for him to sell at that point.

Why did I ask the question? I’m a little neurotic. But also, it just made sense that Ken might be interested in selling. Much like many of the integration firm owners in the commercial integration market, he was and is at the right point in his career to figure out what the next step is for his company.

I’m glad that Ken determined the next step is to join forces with a company that’s looking to grow CI, TD and our sister brands.

Will CI and TD continue to be based in Massachusetts?

Yes. We have been told that we’ll continue to be based in Framingham, Mass.

How will CI’s editorial coverage change?

I don’t anticipate it changing outside of the fact that we try to continually evolve our coverage of the commercial integration market.

No, the fact that Emerald Expositions own the CEDIA show won’t change the way CI covers the integration market, the InfoComm show, Integrated Systems Europe, AVIXA or NSCA. Why should it?

My colleague Julie Jacobson, founding editor of CE Pro and co-founder of EH Media, puts it best. “We have a long legacy of editorial independence, which is why our publications have remained tops in their respective industries,” she says. “EH leadership has always supported editorial independence, and we do not expect this core tenet to change under Emerald.”

How will TD’s editorial coverage change?

It won’t. Managing editor Jonathan Blackwood will continue to drive the brand and develop resources for TD’s end user audience the best way he can.

What is the future of Total Tech Summit (home of CI Summit)?

Emerald Expositions is producer of B2B events and Total Tech Summit is a B2B event. It seems logical that under Emerald we’ll examine how to enhance and grow our three-day hosted event for commercial AV, residential AV and security integration professionals.

OK, now what do you REALLY think?

I’ve worked for EH Media and president Ken Moyes since 2003. Ken gave me a big career opportunity when he launched Commercial Integrator in late 2010 and made me editor-in-chief.

Ken pushed back on just about every topic.

He’d say things like, “If I’m a busy company owner, what is it about this topic that’s going to make me feel like it’s worth my time to read this article?”

He’d press me on how the article would help CI’s audience do their jobs better. If I wasn’t able to answer convincingly, he’d dismiss the article as not worth our audience’s time.

Of course, I expected Ken and other investors in EH Media to eventually sell. The scenario that we’re presented with today – CI, TD, CE Pro, SSI, Campus Safety and Total Tech Summit being sold to Emerald Expositions – seems like a great outcome.

Ken could have sold to a company that isn’t focused on growing the brands. Instead, Emerald Expositions seems poised to bring enthusiasm and new resources to CI, TD and our sister brands.

So how do I really feel? I have mixed feelings, obviously, but I’m extremely optimistic that this will benefit our audiences.

What questions do you have that I haven’t answered? Fire away.