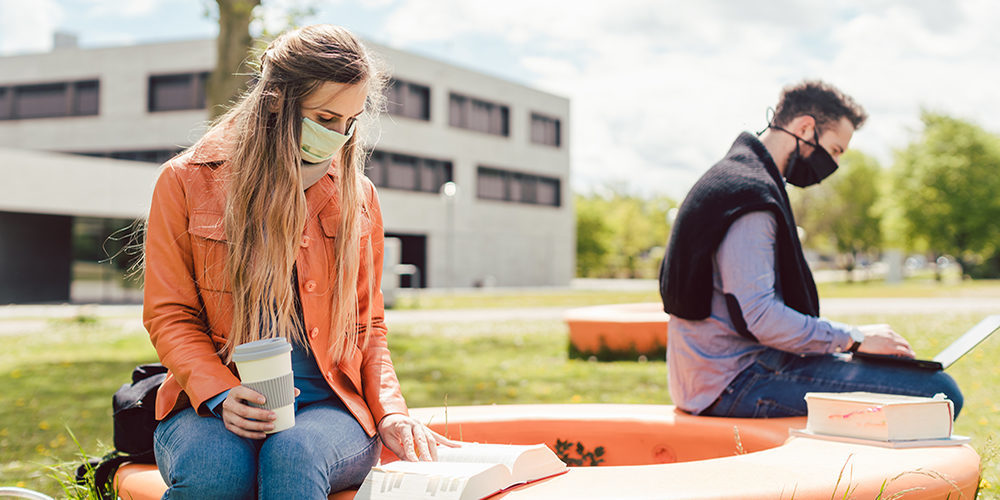 Universities and colleges all over the United States are facing challenges brought on by the pandemic, but some have seen success in preventing coronavirus’ spread.

While media has mostly covered colleges and universities with significant outbreaks, an analysis by National Geographic found 1,215 U.S. colleges have fewer than 100 reported cases as of Oct. 22.

One common factor between many of the campuses that have reported a similar number of cases is enrollment size.

According to National Geographic, the majority of colleges that have been able to contain the virus have created their own public health infrastructures, sharing cohesive public health messaging with constituents and implementing rigid COVID-19 testing.

When students returned to Sarah Lawrence in the fall, they were met with signs throughout campus reminding them to wear masks and circles painted on lawns to indicate proper social distancing.

Only 35% of the undergraduate student body is living on campus this year, most of whom as freshmen, compared to 84% last year.

Students were required to provide negative COVID test results within two weeks of arrival and have since undergone consistent testing throughout the semester.

Due to the significantly lower number of students living on campuses, each dorm only houses one student instead of the typical double or triple occupancy, and several dorm rooms have been kept empty for students needing to quarantine.

Pedestrian traffic flow has been adjusted, as have entrances and exits for all buildings. All buildings are also kept locked so only those with key cards can enter.

“A key part for us was active communication with our students about caring for each other as a community,” she said.

Student Ava McDonald, who is a resident advisor, said she helps her residents follow protocols while ensuring they don’t feel isolated from the rest of the campus.

“The activities council does an event almost every day either in person or online,” she said. “I would end my night by going to the open mic, for example, where a bunch of students just get on a Zoom call, and everyone performs whatever they want to share.”

According to health experts, in addition to size, the inability for college campuses to regulate transmission in the communities that surround them plays a significant role in keeping the virus off campus.

Often, larger campuses are public and are located in or near populous urban areas.

Of the colleges that have been able to largely prevent an outbreak, “many of those places have had the advantage of being relatively isolated,” said Sarah Fortune, a professor of immunology and infectious diseases at the Harvard T.H. Chan School of Public Health.

Fortune specified that isolation doesn’t necessarily mean a school in a rural area but rather how freely people from the community are allowed to move on campus.

Schools in “porous” communities, where there is more movement between the campus and the surrounding area, have seen more outbreaks.

“The places that are more porous, where there is definitely transmission into the campuses from the outside community, these are the places that have to attend much more behavioral risk mitigation strategies,” Fortune said.

If a college is less porous and has a solid testing program in place, she continued, then the student body could, in theory, be more relaxed.

Fortune further emphasized schools that have successfully curbed the virus “have a whole public health infrastructure. You just cannot believe the commitments that they have made to public health and the health of their communities.”