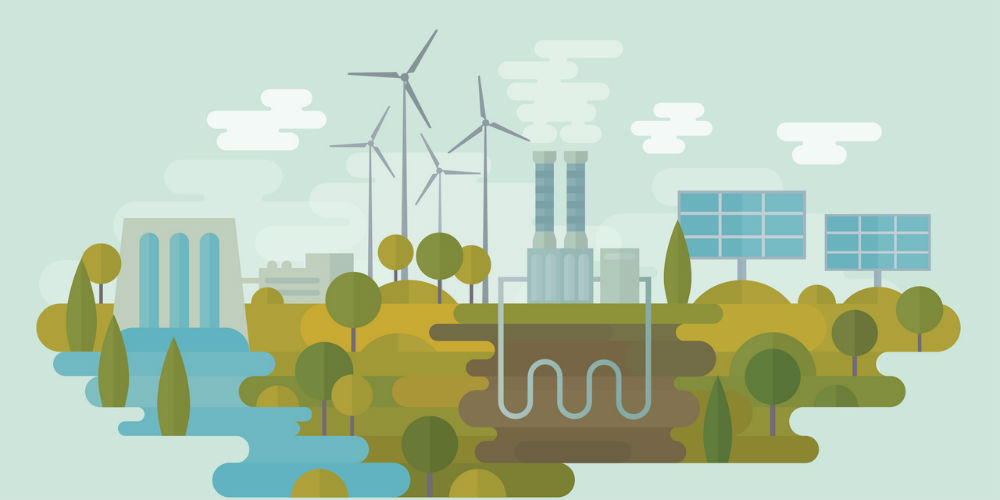 According to The Guardian, Fukushima plans on turning itself into a “renewable energy hub.”

Fukushima, which suffered a triple meltdown at the Fukushima Daiichi nuclear power plant in 2011, is planning on installing 11 solar and 10 wind farms on abandoned farmland and mountainous regions by 2024. The project will cost around $2.75 billion, but is expected to power the region with 100 percent renewable energy by 2040, “compared with 40 percent today,” The Guardian says.

The newly constructed grid will connect Fukushima’s power generation with the Tokyo metropolitan area; it is expected to produce 600 megawatts of electricity, which is about two-thirds the output of a nuclear power pant.

While Fukushima is investing in cleaner energy, nuclear power won’t be going away. The Guardian says that Japan’s government wants to restart idle nuclear reactors, and wants nuclear power to consist of 20 to 22 percent of the country’s overall energy. It even has a goal to restart 30 nuclear reactors by 2030. Japan’s prime minister, Shinzo Abe, says that nuclear energy will help the country attain its “carbon dioxide emissions targets.”

Despite other politicians’ efforts to halt the use of fossil fuels, Japan is still readily dependent on imported coal and natural gas, and would continue to be even with its proposed clean energy solution; “Japan is the third-biggest importer of coal after India and China,” The Guardian says. With this and all of the above regarding fossil fuels, Japan is facing criticism from campaigners, “who say nuclear plants pose a danger given the country’s vulnerability to earthquakes and tsunami;” this was the original cause of the 2011 meltdown, which forced the evacuation of 150,000 residents.

Aside from fossil fuels contributing to a worn ozone layer and climate change, Japan should consider cutting them – especially nuclear power – just for safety’s sake. The 2011 nuclear plant meltdown was “the worst nuclear incident since Chernobyl in 1986,” and there’s guarantee that a similar emergency won’t happen again. Japan’s environment minister, Shinjiro Koizumi, requested that the country get rid of the nuclear reactors altogether for this very reason. “We will be doomed if we allow another nuclear accident to occur. We never know when we’ll have an earthquake,” Koizumi said in the fall of 2019.